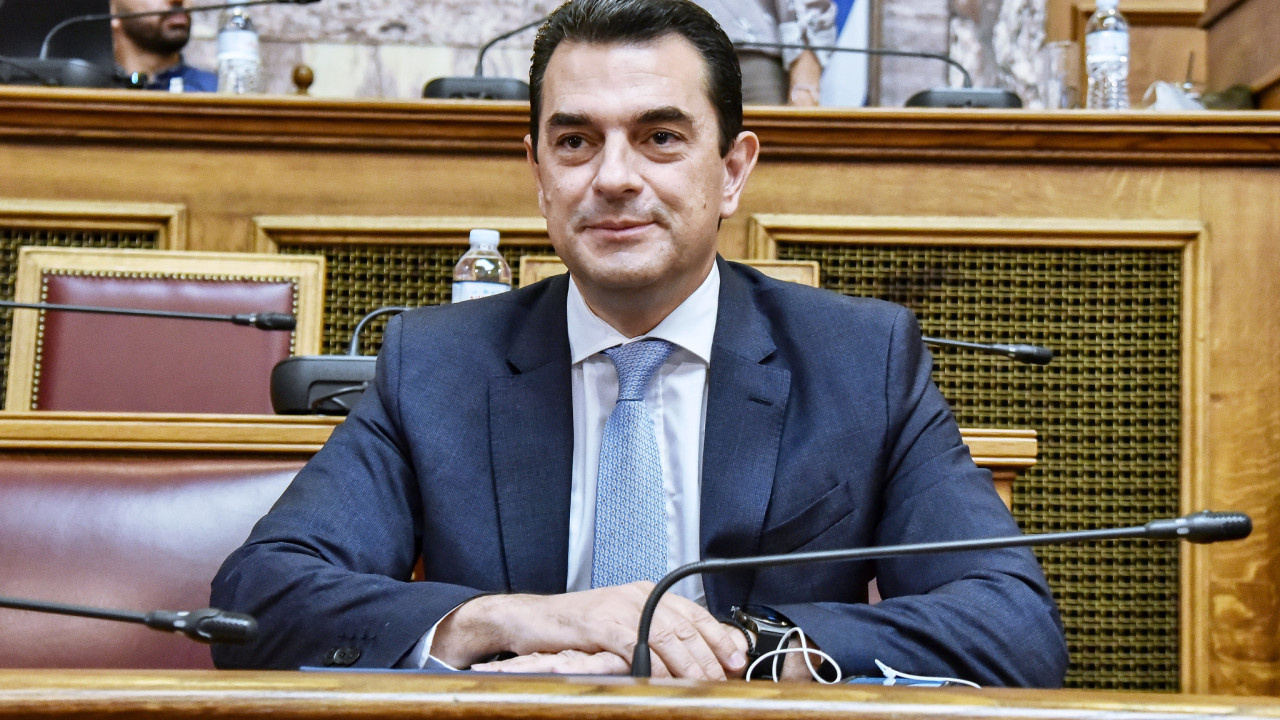 Skrekas-Budget 2023: Despite the energy crisis, we managed to balance the situation

Mr. Skrekas stated that despite the difficult situation for Europe and Greece as Russia’s invasion of Ukraine triggered an energy crisis, which in turn triggered an inflationary crisis, the government with our actions has so far managed to balance the situation, however, he did not hide that the next year will be even more difficult.

With the saying of Abraham Lincoln “the best way to predict the future is to create it”, the Minister of Environment and Energy, Kostas Skrekas, during his placement in the 2023 Budget, presented his ministry’s work focused on mitigating the consequences of energy crisis in our country and emphasized that Kyriakos Mitsotakis and the ND are creating the future, “a better future for the Greeks and for the country”.

Mr. Skrekas stated that despite the difficult situation for Europe and Greece as Russia’s invasion of Ukraine triggered an energy crisis, which in turn triggered an inflationary crisis, the government with our actions has so far managed to balance the situation, however, he did not hide that the next year will be even more difficult.

“Greece is in a much better situation than many other countries, as we have a more than doubling of the price of natural gas in Europe, which made the huge mistake of depending on Russian natural gas,” he said and emphasized that in the face of this crisis, Greece has taken a series of decisions and has proceeded with a network of actions so as to emerge as an island of stability, security and reliability, especially in the energy field. He noted that we have moved in three main axes:

– We have advanced critical infrastructure and agreements with neighboring countries to ensure supply sufficiency.

– We have greatly accelerated the green transition. The penetration of RES has multiplied in the last three years and especially this year compared to four to five years ago.

Responding to the Opposition’s claims that Greece is a very expensive country in terms of energy costs, Mr. Skrekas presented evidence which, as he said, “proves the exact opposite”.

He said that Greece has spent the largest percentage of its GDP (3.7%) of all European countries to support electricity bills. The subsidy it provides absorbs 100% of the increase in social tariffs, 90% of the increase in household bills and 80% in small, medium and micro enterprises (which make up 90% of businesses in the country) and 90% in agricultural tariffs. He added that Greece was the first country to receive approval for a support scheme for professional invoices. He also reminded that since the previous summer this government abolished the readjustment clause, which it had inherited from the SYRIZA government and thus obliged the suppliers to declare from the previous month what the price of electricity will be next month so that they can now households and businesses to see what the highest price is and choose the provider that suits them. He also added that the obligation to list the subsidy on electricity bills was implemented by law.

“We still succeeded with the mechanisms we have created to have the lowest electricity bills in terms of floating tariffs” said the Minister of Environment and Energy and gave as an example that in September 2022 this price in Spain was twice that of Greece. He called it “a lie of SYRIZA” that the wholesale price that Greece buys is the most expensive and submitted data according to which for 2022, in Italy this price was 309 euros, while in Greece 285 euros, while in December regarding wholesale price Greece is the fourth cheapest country in Europe. “Today Greece with RES has a wholesale price of 260 euros, Germany 411 euros and France 410 euros. So where is the argument of SYRIZA?” he said.

Mr. Skrekas also filed in the minutes of the Parliament indicative electricity bills to show the real amount of the electricity subsidy, according to which: In a social tariff the payable amount is 278 euros and the subsidy is 699 euros, in a rural tariff with a payment amount 175 euros, the subsidy amounts to 618, on a professional tariff the payable amount is 905 euros and the subsidy is 1200 euros and on a residential tariff the payable amount is 231 euros and a subsidy of 564 euros. Also in bakery invoices, about which there is a lot of talk, with a payable amount of 300 euros, 7000 is the subsidy and with a payment amount of 1900 euros, the subsidy is 3,300 euros. He explained that 80% of the 8 billion allocated to support electricity bills, has come from the taxation of the excess profits of the electricity companies and from the revenues from the pollutants and specifically noted that “We have collected more than 2.7 billion. Euros from the taxation of surplus profits, over 300 million. From the retroactive taxation of surplus profits, 1.6 billion from the polluters and the rest was allocated from the state budget”. In addition, he reminded that Europe adopted the ceiling mechanism on the retail price and the wholesale price, which was first put in place by the Greek government.

“We are not satisfied, but we are satisfied, as long as there are households that have difficulty paying the electricity bill and as long as there are businesses, whose sustainability is at risk from precision in energy. But we are trying and this has results and we will continue,” said the responsible minister. Addressing the seats of the official opposition, he said: “This is the reality, no matter how much you don’t like it. And it doesn’t need any certification from any Institute, Greek citizens see it in their accounts. The data I present prove that the ND is ruling and that SYRIZA ruled. You talk about Left and Right and we talk about competent and incompetent politicians. And efficiency is what makes the people support a government or not.”