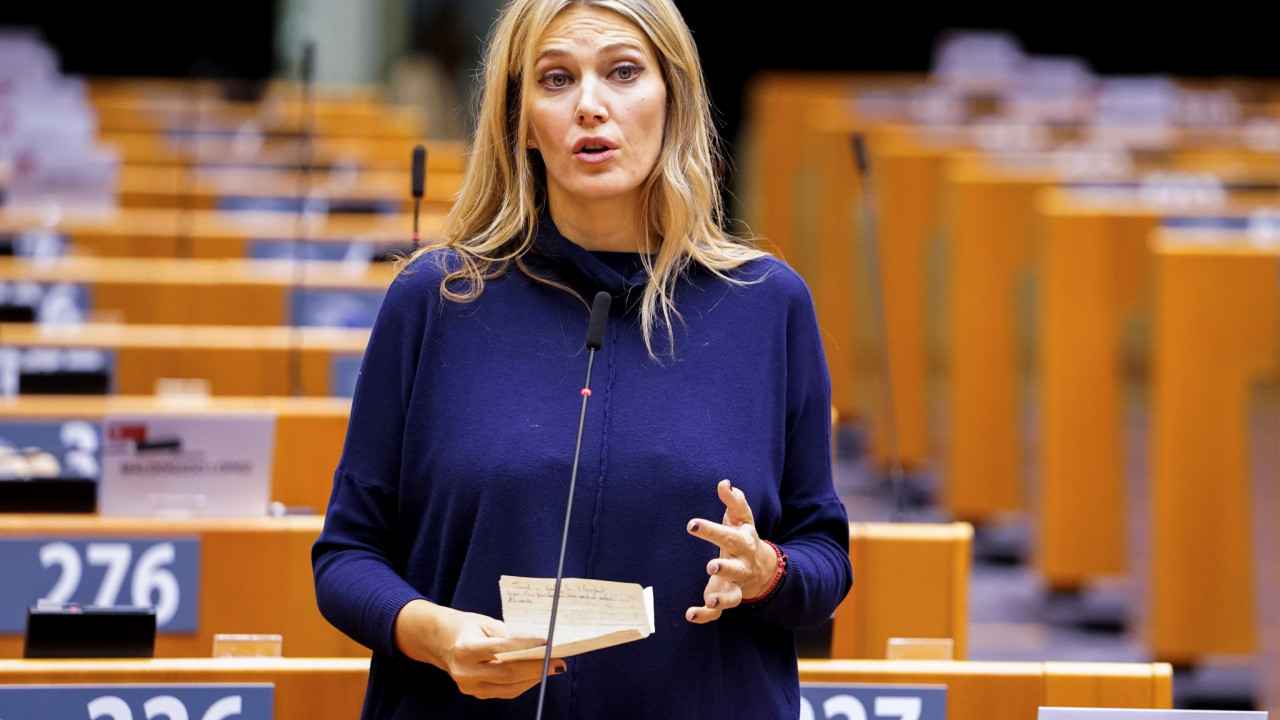 Qatargate: Eva Kaili’s hearing tomorrow morning – The line of defense that will follow

Eva Kaili’s hearing before the pre-trial council is scheduled for tomorrow morning at 10:00 – The MEP is in a bad psychological state

The countdown has begun for Eva Kaili’s hearing before the pre-trial council at the Brussels courthouse. The hearing is scheduled for Thursday at 10:00 a.m. Greek time where the judge is expected at the end of the hearing to make a decision on whether or not Mrs. Kaili will be remanded in custody or if she will be released with restrictive conditions.

According to what the SKAI correspondent in Brussels, Efi Koutsokosta, reports, the MEP is expected to use the argument tomorrow that she is the mother of a small child, only two years old, who needs her care, while according to her lawyer, Michalis Dimitrakopoulos, Mrs. Kaili will claim that she did not know about her partner’s activities nor about the financial transactions she had with the former MEP, Antonio Pacieri.

Eva Kaili is in shock

At the same time, Ms. Kaili, who is in the Haren prisons, is according to information from SKAI in a bad psychological state as she does not socialize with other prisoners.

The meeting she had today with her lawyers, just a few hours before the crucial hearing, lasted more than four hours as it seems that they were planning in every detail the line of defense that she will follow tomorrow.

At the same time, the authorities are continuing their investigations in order to collect as much evidence as possible about the Qatargate scandal that has shaken the European Parliament. The parents of Kaili’s partner have also been targeted. According to the information available to them, three months ago they detected the transfer of large sums of money to accounts that, as the information shows, are attributed to Francesco Giorgi’s parents. What is being examined now is whether his parents knew the origin of the money.

The information brought to the public by the Italian newspaper il Fatto Quotidiano is also highly revealing, which describes in detail the secret meeting that Eva Caili’s partner Francesco Giorgi had on October 10 with Antonio Panzeri and the Qataris at the Steigenberger Wiltcher’s hotel. In particular, the Belgian Authorities have in their hands a video of this particular meeting shortly before the start of the World Cup. In the material there are recorded movements of the former MEP Antonio Panzeri, Kylie’s partner, Francesco Giorgi and the Minister of Labor of Qatar, where immediately after the conversation they had, Pacieri apparently leaves with an “inflated” portfolio.

Giorgi’s confession about “ties”, “clothes” and the involvement of Mauritania

Also, according to La República, Francesco Giorgi is still a “river” of revelations about the much-lauded case. As he said in his apology, when it was about getting money they said “let’s go get ties or boxes or clothes or suits” “It is about sums of a few thousand euros. The total amount is estimated at 50,000 euros. He would come to Brussels or we would go to Paris to his apartment. When we went to get money we said we were going to get ties or clothes,” he said. As Pacieri stated, this is money coming from Qatar and Morocco, while Giorgi allegedly also involves Mauritania in the scandal.

At the same time, the Italian former MEP involves new people in the case. So it is alleged that he gave information about the MEPs Francesco Cozzolino from the Democratic Party, the Socialist MEP Mark Tarabella, about whom he said “visited Qatar”, but also Maria Arena about whom he said “I know he went to Qatar once and he got gifts.”