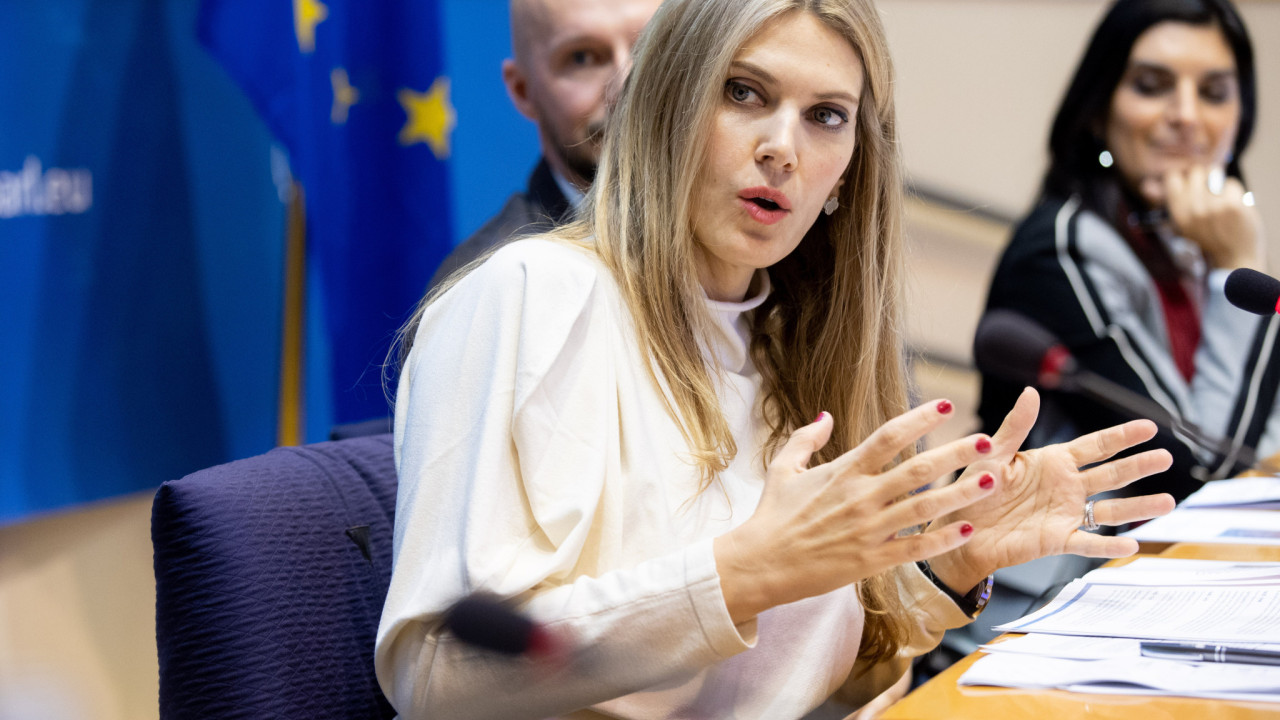 Qatargate: In prison for one more month, Eva Kaili – The reason for pre-trial detention

What the press release of the Belgian prosecutor’s office says – New persons from the European Parliament are also included in the investigations – After a month, Eva Kaili’s fate will be reassessed

Eva Kaili will remain in Haren prison for at least another month as the Belgian judges decided, after her morning apology regarding the Qatargate scandal. After a month it will be reassessed by the judicial council what will be her fate, as foreseen by the Belgian legal system.

The background of pre-trial detention

The federal prosecutor’s office in Brussels rejected the request of her lawyers to release Ms. Kaili with a bracelet and asked for her pre-trial detention. According to SKAI’s correspondent in Brussels, Efi Koutsokosta, what the Belgian judges examined in order to make the decision is whether Mrs. Kaili is considered a suspect of fleeing or whether she is considered a suspect of tampering with the evidence of the case file. In addition, new persons from the European Parliament enter the framework of the investigations that are under full examination. These are persons who have not yet been called to testify in court. For this reason the authorities considered it probably safer for Mrs. Kaili to remain in prison.

Also, according to information, the prosecutor was the one who recommended the extension of Mrs. Kaili’s detention and then the judge made the final decision.

What the prosecutor’s press release says

The press release of the prosecutor’s office states that Mrs. Kaili appeared before the pre-trial council today as part of the major investigation into the case involving organized crime, corruption and money laundering. He also states that for the sake of the investigations, he will not provide further information at this stage.

Also, according to the official announcement of the Belgian prosecutor, if Eva Kaili files an appeal against this decision within 24 hours, she will appear again before the court (see Appeals Examination Department) within 15 days.

The official announcement from the prosecution

The request of her lawyers

Eva Kaili’s testimony this morning before the Pre-Trial Council lasted approximately 1.5 hours. Her lawyer of Greek origin, Andre Rizopoulos, had requested that Mrs. Kaili be released with an electronic bracelet, adding that she actively cooperates with the investigations of the judicial authorities and rejects any accusation of corruption regarding her. For his part, Ms. Kaili’s other lawyer, Michalis Dimitrakopoulos, stated that his client is innocent. However, the prosecution rejected the requests.

The Belgian authorities, as can be seen from their decision, did not take into account the fact that the daughter of Kaili and Giorgi is left without parents after the pre-trial detention of both, as Belgian legislation does not include such a condition. In Haren prisons, however, there are special infrastructures so that if her detention is extended, she may be able to see her daughter and maybe even stay there.

Facebook
Twitter
Pinterest
WhatsApp
Previous article
USA: “Green light” from the Senate to the bill for the budget amounting to 1.7 trillion. dollars
Next article
Shock research: 2/3 of Antarctic species threatened with extinction

Mitsotakis to Japanese businessmen: Greece has turned a page – Consider it as an investment destination

Tsapanidou: “The Mitsotakis scandal has now been blamed on the entire New Democracy faction”