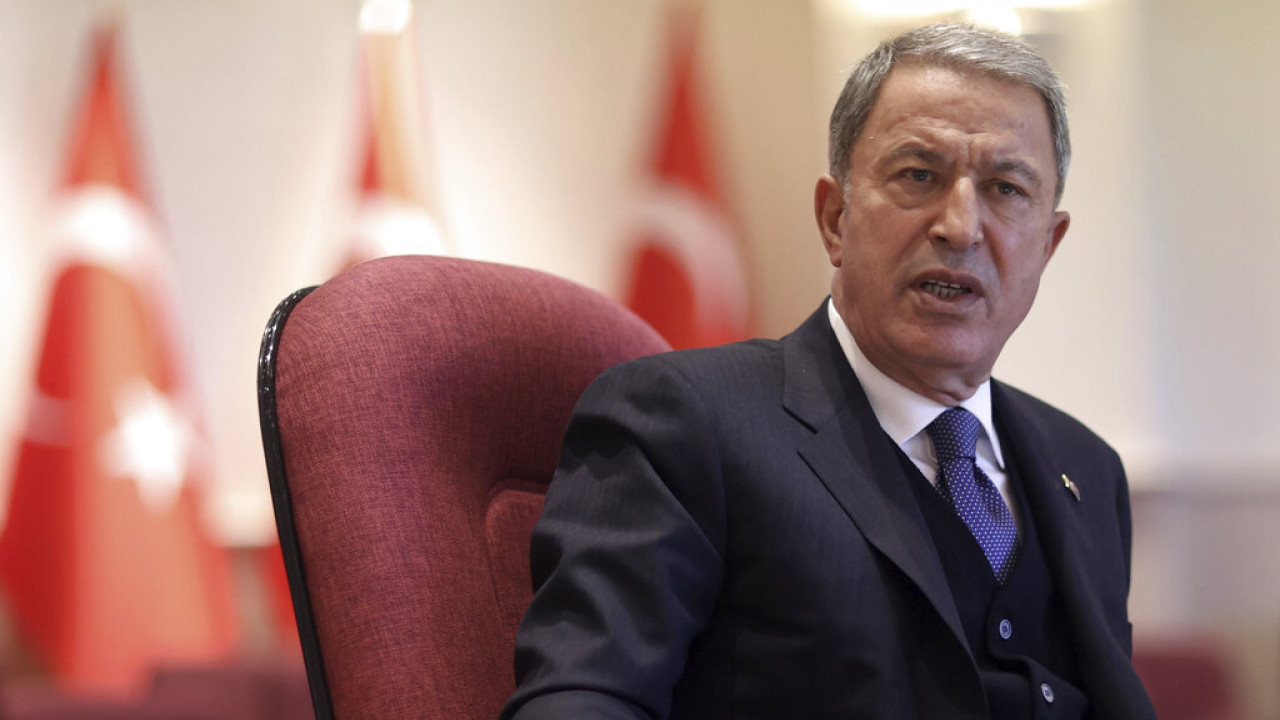 Delirium Akar: We do not accept any extension of territorial waters – Greece to stop its defiant and arrogant attitude

“Despite our well-intentioned, realistic and honest approaches, Greece continues its illegal stance and provocations to escalate tension,” Hulusi Akar characteristically stated in an interview with Hurriyet.

Turkish Defense Minister Hulusi Akar again appeared provocative against Greece in an interview he gave to the Hurriyet newspaper. Once again, he emphasized that Turkey will not accept the expansion of its territorial waters, while at the same time accusing Greece of arrogant behavior and escalation of tension.

“We do not accept any extension (of territorial waters). We are talking about a Turkey with a coastline of more than 1800 kilometers and Turkey will enter international waters with your permission. What mind would accept that? We say in Greece, “the wrong bill will return from Ankara”. Despite our well-intentioned, realistic and honest approaches, the Greece continues its illegal attitude and provocations to escalate the tension” characteristically stated the Hulusi Akar, as he broadcasts the correspondent of SKAI in Istanbul, Manolis Kostidis.

“Greece harassed our planes, serving in the planned NATO Exercise, twice, although all allies were informed in advance. Our planes responded as usual. She the hostile attitude shows that Greece has become so arrogant that it ignores the basic principles and values ​​of NATO. It is time for NATO to stop thisbad behavior. Greece’s unjust and illegal actions of all kinds have been answered and will be answered diplomatically and in the field.

Those who have founded their political existence in hostility to Turkey, they are again in the foreground with provocative actions and rhetoric. Our expectation is that these Greek politicians and military will immediately abandon their intransigent and provocative stances for domestic political purposes, focus on solving problems through dialogue and to learn from history, especially from what happened on September 9, 1922. Those who want their future to be good, must turn away from the mistakes of yesterday and today. Our hope. The Aegean and the Mediterranean are the sea of ​​friendship, the fair distribution of all wealth.

Hulusi Akar also pointed out that “in the past there were five US bases in Greece, now 4 more have been added and they have a total of 9 bases in Greece and adds: “it is reported that Alexandroupoli is planned as an LNG and logistics center. This is called. However, defense and security are also a matter of monitoring and prevention. That was said. Can they (the bases) be used in another way? Yes! So we will monitor and take measures.. Defense and security is an area where any mistake cannot be healed”

The Turkish newspaper also recalls in the report that when German Defense Minister Christine Lambrecht stated that Greece brought Turkey’s expansion on the agenda in a meeting, National Defense Minister Hulusi Akar said: “Who is expansionist? Is it Greece that has tripled its territory since its foundation or Turkey that respects the territorial integrity of its neighbors?” and gave this map. After examining the map, the German minister said “No comment” and Hulusi Akar said “No comment. No comment means no. We have to talk about it.”

Facebook
Twitter
Pinterest
WhatsApp
Previous article
Lucescu about his father: “I stayed 90 minutes in front of the TV to find him”
Next article
Tsipras meeting with Lula today in Brazil