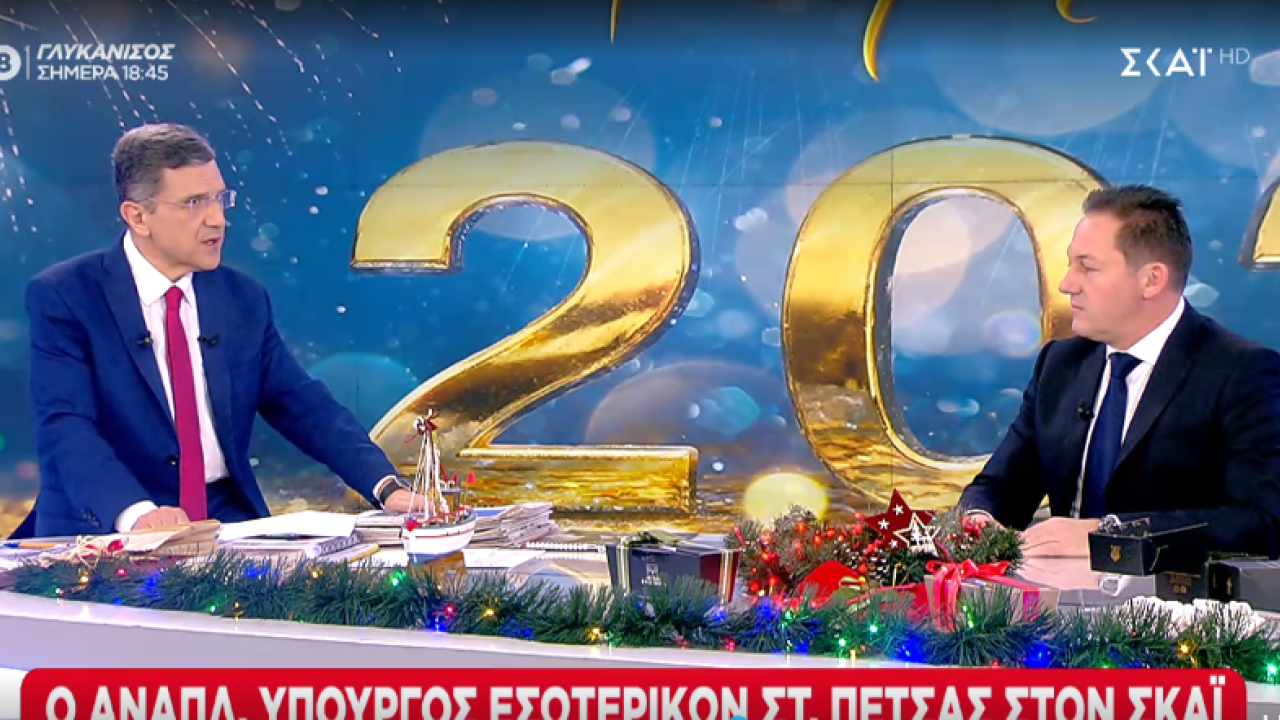 Petsas to SKAI: The increase in the minimum wage is only a message – The solidarity levy is abolished

According to Mr. Petsa, the minimum wage increase is a bet for the next four years

The increase in the minimum wage is a bet for the next four years, said the deputy minister of the interior, Stelios Petsas, speaking on the morning show of SKAI “Kalimera” and Giorgos Autias.

It is recalled that yesterday, Kyriakos Mitsotakis announced in his New Year’s message for 2023 an increase in the minimum wage from April 1st to 751 euros.

“The bet is for the citizens to see that what the prime minister says, he means it,” stressed Mr. Petsas.

“The prime minister has said that they will be Spring 23. The main bet is for the citizens to see that he means what he says. What he said about cutting taxes for jobs, he did it even faster. He is consistent in what he said,” said the deputy minister.

“The solidarity levy is abolished”

At the same time, Mr. Petras also referred to the abolition of the solidarity levy for public servants.

“Civil servants saw the abolition of the solidarity levy, it was a commitment of the prime minister that it would be abolished, completely and for everyone,” said Mr. Petsas. At the same time, he referred to the 10% increase in the salaries of the NHS doctors, while as he said, for the first time there is a discussion about bonuses in the public sector for achieving goals and the adjustment of the salary for the first time since 2011.

For the Turkish provocation

Regarding the Turkish provocation, he stated that “Greece does not define itself differently in terms of its sovereignty and sovereign rights. She herself knows when to exercise any of her inalienable rights, such as the extension of 12 nautical miles, and she always knows how to stand united against any challenge,” he emphasized.

Regarding Spiegel’s “apology” regarding the issue of “dead Maria” in Evros, he emphasized that “this is a prime moment, first of all for the way foreign media have treated the issue of our immigration policy in recent years.” He also launched an attack on SYRIZA and Alexis Tsipras saying:

“I remember that when the information about the existence of a dead child started to spread, all the effort of the government was to investigate the case. And it was enough for the official opposition to complain. And yesterday the leader of the Official Opposition had to apologize. It is to the credit of the German media that he reconstructed, but I would have expected greater political courage from Mr. Tsipras” concluded Mr. Petsas

Facebook
Twitter
Pinterest
WhatsApp
Previous article
New Year’s customs in Larissa, with influences from eastern Rumilia
Next article
Tsipras: We agreed with Lula on the need for cooperation between leftist and progressive forces