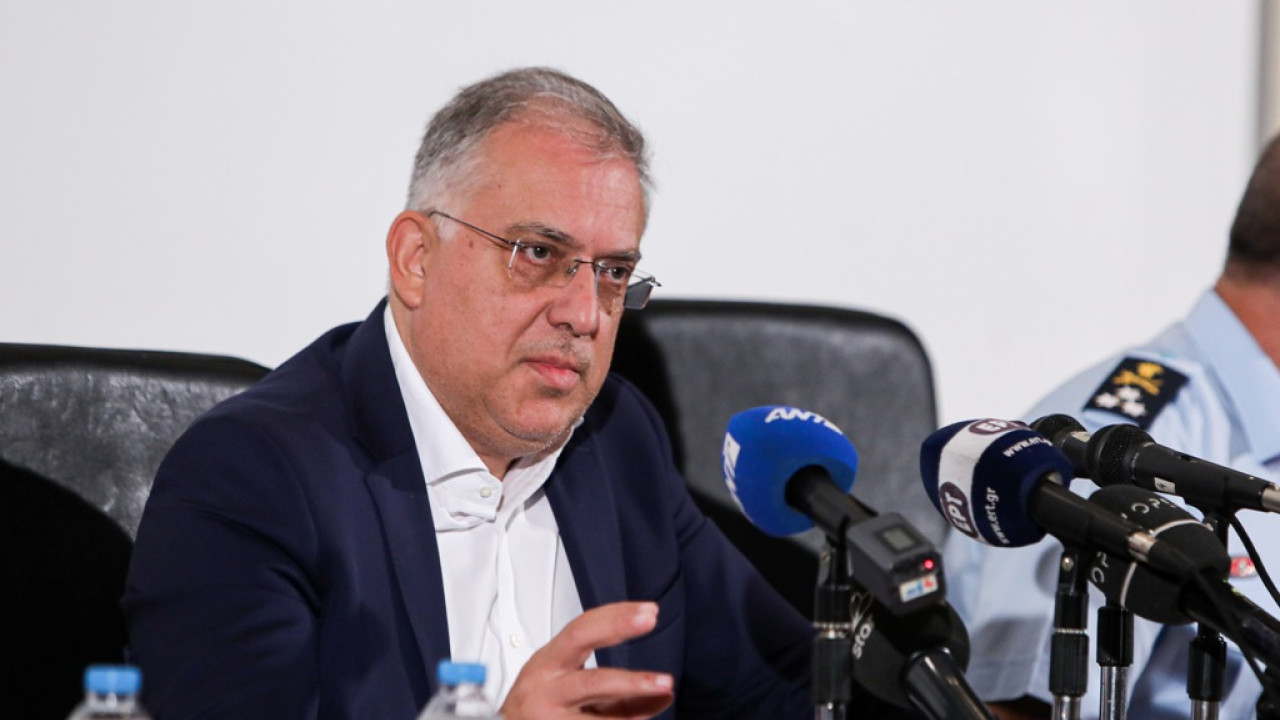 Theodorikakos: SYRIZA wants to open the borders and repeat the shame of Moria and Idomeni

“The stance of SYRIZA on illegal immigration in Evros is adventurous and nationally irresponsible,” the Minister of Citizen Protection stressed

“The figures of the Greek Police show a decrease in crime indicators. I did not see the slightest announcement from the official opposition about this fact. Where is their interest? Where is their own rating? Where are their own positions and proposals? However, they continue to insist and lie about the incident in Evros” said the Minister of Citizen Protection Takis Theodorikakos speaking on the OPEN program “Hour of Greece”. Speaking to Dimitris Kambourakis and Panagiotis Stathis, he accused SYRIZA of: “It wants to open the country’s borders and let what happened in 2015, 2016, 2017 happen with the disgrace of Moria in Mytilini, Idomeni and Hellinikon, when they were piling up and thousands of illegal immigrants were basking in the sun.

Mr. Theodorikakos referred to the crime figures for 2022 and also for the upcoming elections.

The main points of the interview of the Minister of Citizen Protection:

Reduce medium and low crime by 25%

“I asked the leadership of the Greek Police to present documented and reliable data on crime and the action report of the Greek Police for the past year in the first days of each year. That way everyone can judge and compare. We are all evaluated because I believe that safety cannot just be words that we all agree on. There must be safety with measurable results and not a day’s work. What concerns the average Greek family are thefts, robberies, burglaries, car thefts. There if we compare 2022 with the pre-coronavirus period, i.e. the period 15-19 there is a reduction of this low delinquency and crime by 25%. We don’t get complacent, we don’t rest because the purpose is to strengthen the feeling of security.

We have intervened in many cases of iniquity

“We have intervened in a lot of abuses, lawlessness and illegality, in many bad situations like the one in the student residence in Zografou. where criminal organizations operated for many years. Where the children of the Greek people should be, especially the families who have difficulty paying the rent for their studies, three criminal organizations had found refuge. And this was known since 2018 and the previous Government did nothing. On the contrary, because of her fanaticism, she allowed criminals, heinous thugs, to operate undisturbed in the name of a university asylum and endanger the lives of not only the children but the entire wider area. Since the day this operation took place in the area of ​​Zografou and Kaisariani, crime has decreased even more decisively.”

“2022 is the year with the fewest murders in the last 11 years. There were 79 homicides while for example in 2011 there were 184. There is also something else. In 2022, the Greek Police solved 90% of these murders, i.e. they found the perpetrators and brought them to justice while in the example I mentioned to you in 2011, I go back 10 years so that no one says that we have partisan expediencies and do not look before from 3-4 years the percentage was 45%. There is no way to give up trying to solve every criminal act and especially every murder, every taking of human life. We are persistent, serious and systematic investigations are being carried out, which I evaluate in a positive way, a very serious effort is being made which we are monitoring and we will be satisfied when the perpetrators of each case are brought to justice. For example, two months ago we did a whole international operation with my Albanian colleague, in order to arrest an Albanian thug who raped a girl in Paleo Faliro. We crossed boundaries, laws and protocols to capture him. We want to send a message that we care about every citizen and not only those who, in quotes or without quotes, are named or have political or economic power, we care about every person.

The presence of the police in the neighborhoods is strengthened

Increase in incidents of domestic violence

“We have a very serious increase in incidents. The figures are shocking as the Greek Police dealt with 11,500 incidents of domestic violence in 2022. We call on all people to speak up and contact the Police. Especially women who are mostly victims. To open their soul and heart to tell their problem so that we can act. We have created 18 offices dealing with the issue and in 2023 we will double them. There is line 15900 where every man, every woman can contact and when they reach the Police it is mandatory to have a case file and protection measures are taken”.

We prevented 256,000 immigrants from entering the country illegally

“The first mission of the Greek Police is to guard the borders of our country from illegal immigration. There is a staggering number of 256,000 illegal immigrants prevented in 2022 from crossing the Evros illegally. The Government and the Ministry are doing nothing less than what is necessary to protect the borders of our country even though some will do everything in their power to twist the truth. The Greek Police fully complies with international law and all international rules that exist for its action and cooperates steadily with Frontex. It is also known that our police officers last winter and the year before, I say this because I personally experienced them, have saved hundreds of illegal immigrants, who had been thrown into the torrential and icy waters of the Evros by those across the street”.

“The representatives of SYRIZA are following an incredibly adventurous, dangerous policy which is directed against the interests of the Greek people and our country. Because they have no field of opposition and this is clearly proven by the fact. It makes a big impression that’s why I didn’t see the slightest announcement in the data of the Greek police that show the crime indicators. Where is their interest? Where is their own rating? Where are their own seats? Where are their own suggestions? But they continue to insist and lie about the incident with the island in Evros. They have a completely different policy than our own government. SYRIZA wants to open the borders and make happen what happened in the period of 2015, 2016, 2017 in the country with the shame of Moria in Mytilini, with the shame of Idomeni, the shame of Hellinikon, when thousands of illegal immigrants were piled up and sunning themselves. What is happening in Evros is absolutely organized, with visual material that we have shown to international organizations we show the action of the Turkish military gendarmerie that is organized to move unhappy people. And we have a tragic incident in which 92 illegal immigrants stripped them.”

We are in a quasi-pre-election period, since the latest that remains until the elections, in fact, is five, five and a half months. So we are headed for elections. Shall we see the big picture? After a long time, a government that went through 40 waves in these 3.5 years, with crises at the international level, pandemics, wars, energy crises, everything that has come to the country from abroad, managed to keep Greece standing. Serious strides have been made with the whole society together. No one is left behind with unemployment going down, with low wages slowly going up and they need to go up a lot more… We didn’t say there aren’t problems, nor am I embellishing anything, but politics is a comparative field. Bad lies, we are at a crossroads or we will continue with Mitsotakis and New Democracy on a stable, sure and safe path, or if the Greek people decide to gamble again and return to experiments that failed”.

“To Ms. Tsapanidou, I want to wish her, for the sake of political culture, health, success in her duties and personally I would like to wish her to add another political touch to the culture of the official opposition, because from what we have seen so far there is too much disappointing for the level of political discussion and confrontation”.

Facebook
Twitter
Pinterest
WhatsApp
Previous article
Dollar has stable opening, after recent skyrocket
Next article
“Wild Land”: Nadia is in a panic after the murder she committed – Watch video