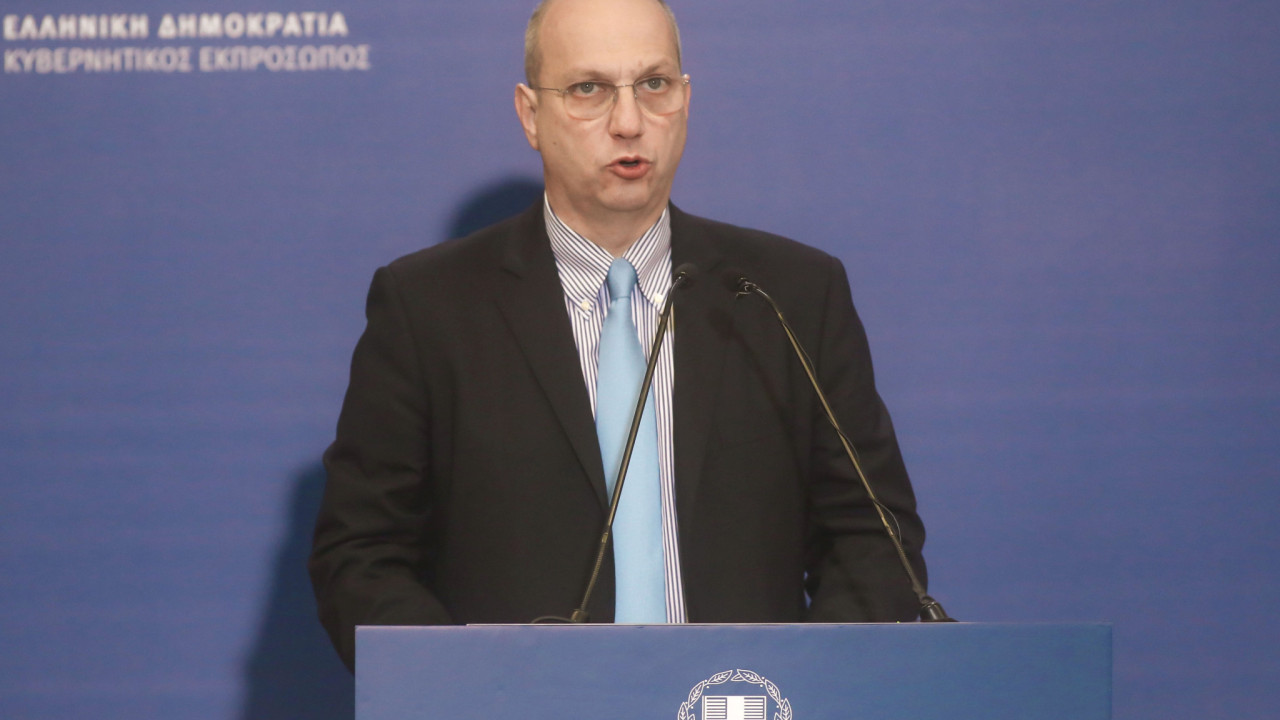 Economou in SYRIZA: The undermining of the AGEETHA goes far beyond irresponsibility and opportunism

“Really, what is the route of this supposed material?” asked the government representative

“The undermining of our armed forces by SYRIZA – with undocumented and completely unreliable material from dirty networks – goes far beyond irresponsibility and opportunism, reaching the limits of causing serious damage to the homeland. At a time that is particularly critical for our national security, due to external suggestions”, emphasizes in his statement the government representative Yiannis Oikonomou, responding to SYRIZA regarding a front page publication of the newspaper Documento about the leader of GETHA K. Floros, entitled: “The humiliating EYP report. It shows him buying a house with 600,000 euros of black money.”

“Really, what is the route of this supposed material?” asked the government representative.

He points out that the government surrounds the leadership of the armed forces with absolute confidence. “And no one will shake this trust. The government is a guarantor of security, democracy and orderliness, as it has demonstrated through strengthening our defense capability, effective diplomacy, adherence to national interest and institutionalism. It is determined, and above all capable, not to allow anyone, from inside or outside, to weaken and hurt Greece,” he says.

Mr. Oikonomou reiterates that the independent Greek judiciary is fully performing its task, so that everything can be answered, among which and in what way and for what purposes such content is systematically channeled by dirty networks in specific directions. “The government guarantees that no shadow will be left and there will be no room for damage to the homeland,” he adds.

The announcement of SYRIZA

Earlier, SYRIZA had made the following announcement:

“Was Mr. Mitsotakis monitoring Mr. Floros because of national security or for the billions in equipment he wanted to control?”

The new revelations of the Documento newspaper, according to which the EYP, which reports to Mr. Mitsotakis, not only monitored the A/GETHA Mr. Floros, but also recorded indications of black money, leave no room for silence. Mr. Mitsotakis must answer:
Was he monitoring Mr. Floros for “national security reasons” or to blackmail him about the decisions on the billion-dollar armaments programs he wanted the Maximos Palace to control?

Is he denying the revelations? Because if they are, the only reason to keep him in his place is to blackmail the leader of the Army.
Mr. Mitsotakis, who pretends to be the guarantor of national security, does not hesitate to play games with the Armed Forces at the altar of the billions of armaments.”