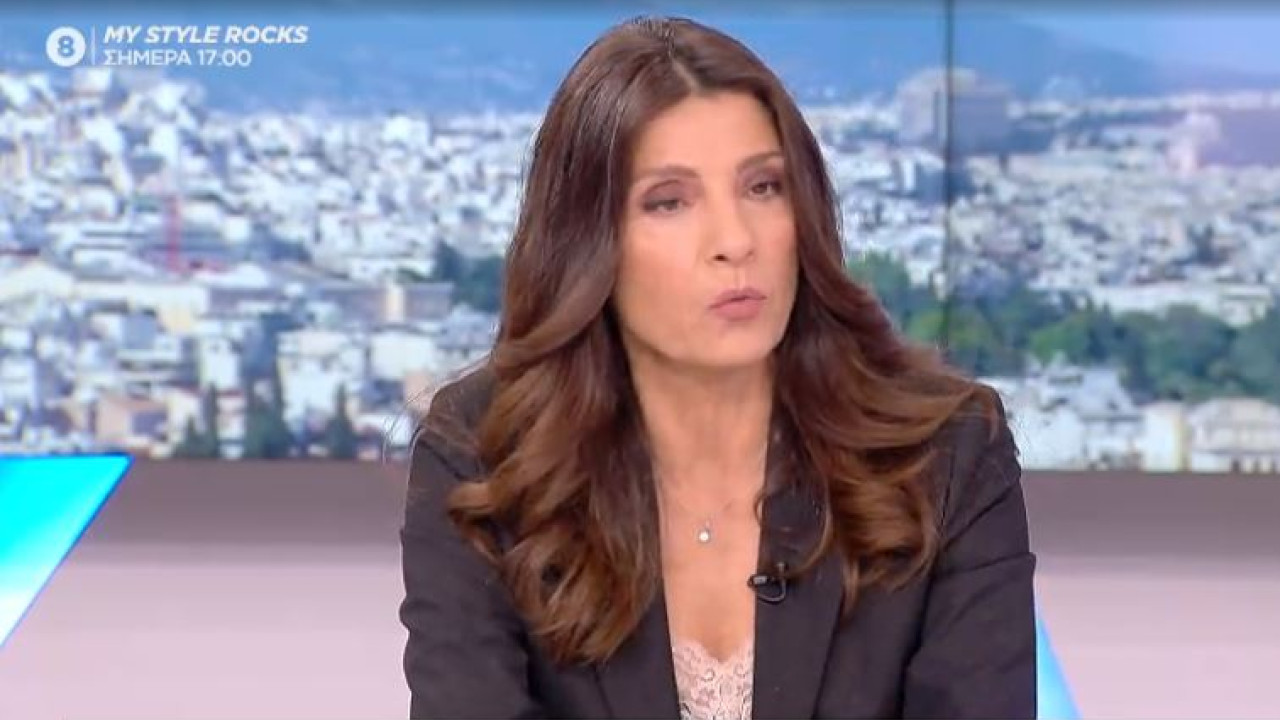 Tsapanidou to SKAI: We are going to elections and half the country is watching

The new representative of SYRIZA, Popi Tsapanidou, raised questions about the Floros case

The government must provide answers for the leader of GEETHA, Konstantinos Floros, said the representative of SYRIZA, Popi Tsapanidou, speaking on the show Mismatches on SKAI.

Continuing, he said: “The government saw the reports with the serious revelations, did not deny the reports, nor appealed to justice. And if the reports are not true, he still did not file lawsuits. The government must make it clear whether the GEETHA leader was being monitored. The government takes none of this into account and renews his term. As if nothing is happening. He should give answers first.

Was she watching him and why? The mandate should be renewed after the answers are given first.”

He continued: “We don’t know if it’s being watched and that’s why we keep asking questions and not getting answers. There is also a second possibility. Was it monitored for these economic reasons and was it therefore an extortionate regime? There we don’t trust Mr. Mitsotakis, who was following the leader of GEETHA to blackmail each other.”

The representative of SYRIZA added: “Was it monitored or not? As citizens of this country, aren’t you anxious that the leader of GEETHA is being watched?”

When asked if Mr. Floros will continue his term in case SYRIZA wins the elections, he replied: “Do you want us to leave this for the future? Shall we see it next? At the moment there is something going on. If it were up to SYRIZA, we would let ADAE do its job, give answers, inform the Parliament and let us all know what is happening. It is the competent authority.”

“We are going to elections and half the country is watching. How do we go to elections like this?” added Mrs. Tsapanidou and added that “there is no ongoing process that shows that a lot of light will be shed on the case, as requested by both former prime ministers of the ND”.

He went on to say that Mr. Kaogritsa’s secretary – and never himself – never stated these things in the preliminary investigation process, he did not say them at the beginning. “While we are now at the Special Court, he says as a witness that he saw some files and assumed they were going to SYRIZA” said Mrs. Tsapanidou.

Subsequently, he noted, Mr. Pappas on behalf of SYRIZA filed a lawsuit.

And he emphasized: “We will withdraw the lawsuit, Pappa, if he withdraws what the secretary of Christos Kalogritsa says.”

Mrs. Tsapanidou spoke about the government’s effort to equalize everything. “For so many years they have been trying to smear SYRIZA, they have blown it up, they have found nothing. It is a deliberate attempt by the government to discredit SYRIZA”.

In response to a question whether SYRIZA will support the legislative initiative of the government to prevent criminal organizations from participating in the elections, on the occasion of the Kasidiaris party, replied that “until a while ago we did not have the amendment in our hands. If she comes, let’s see her and we’ll get back to you. It must be very closed, leaving no possibility of being used by someone else in the future. Let’s see it, let’s examine it.”

When asked if measures should be taken for the Kasidiaris party, he answered “of course”.

Regarding the elections and post-election cooperation, Mrs. Tsapanidou commented: “We are waiting for the elections. Let’s see what the citizens will vote for. Then we’ll see.”

“We claim the people’s vote to form a government on our own. From then on, SYRIZA will discuss with those who define themselves as progressive parties. We are not all the same, we are different.”