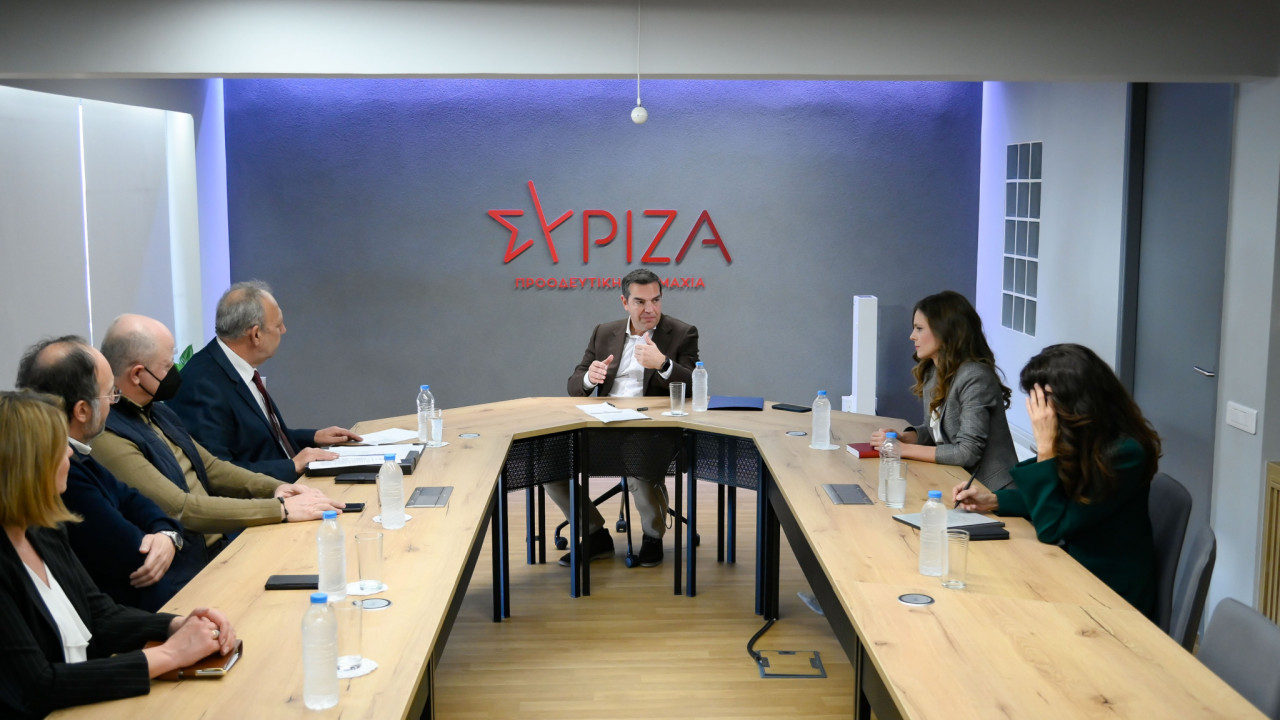 Tsipras: What we see in the supermarket is not accuracy, it is robbery – Packaging fraud

“What we are seeing especially in the last few days is robbery, it is not just accuracy” noted the President of SYRIZA PS, Alexis Tsipras during the meeting he had with the board of the Union of Consumer Workers of Greece, underlining that “the supermarket has become a nightmare for every household as the alarming price hike is almost a year now.’

Mr. Tsipras pointed out that despite the fact that there is a “relative reduction in inflation, we are seeing scary price increases, while the precision in food is more than twice the inflation”.

At the same time, he called the practice of changing packages and reducing their volume in food “in order not to show this increase to the consumer” a “fraud”. “I read that 500 products had large price increases, of which 238 had the trick of maintaining the price while reducing the volume of the packaging” he added and emphasized that “here some are trying to fool the citizens and magically disappear the accuracy, while the obscene profit not only does not disappear but is gigantic.”

Referring to the household basket, Mr. Tsipras said that “it has become a short joke”, as since the start of its application “we have had terrible price increases in basic consumer products, up to 70% in baby food”, underlining the attitude of the government that sees ongoing wave of successive revaluations without intervening.

“There is appalling profiteering, there are no real controls. There is a cover-up of a tactic whose aim is to inflate the profits of some but to plunder the income of the citizens” added the leader of the official opposition.

On the occasion of the developments in the Parliament with the refusal of the ND to invite the President of ADAE to the Committee on Institutions and Transparency for the audits in the wiretapping scandal, Mr. Tsipras estimated that “the democratic diversion together with the disgraceful profit are two issues in which the government will either be held accountable. In my view these two are interconnected because these methods were used to be able to implement such policies of injustice.”

Finally, Mr. Tsipras emphasized that “I am optimistic because it is now clear that not even the truth can be hidden, it is time for everything to come to light, but also for this ongoing supermarket robbery to remain under the radar and under by the organizations active in the field, in order to support the consumer and the citizen when he is blatantly wronged by coordinated practices and actions”.

EEKE President: “I made the household basket – It contributes to the increase in prices”

The President of the Union of Consumer Workers of Greece (EEKE) described the household basket as a “trick and trick” saying that as a measure it has ultimately contributed to the increase in product prices, while he spoke of a “gentlemen’s agreement” between the Minister of Development, supermarkets and industrialists on which the citizens understand in their pocket and have judged. As he revealed the industrialists agreed to the basket on the understanding that the increases of the products within the basket will be at 50% of inflation with what this means for consumers when inflation is now 7.5% and before it was 9.9 % and we are in the 19th month of revaluations.

Deconstructing the arguments of Mr. Georgiadis that the prices of the products in the basket are decreasing, he said that this is due to the decrease in quantity, stating that “a coffee of 194 g. the one week in the basket is replaced with coffee 96 g. the next. This is how it shows the decrease. Industries are reducing product content from the first month of 2022.”

Finally, he referred to specific findings about the large profiteering in supermarkets after the household basket, which resulted from their research which they sent to the Ministry of Development. As he noted, “the government only imposed fines for the first week of December in the amount of 57 thousand euros and since then it has done nothing.”