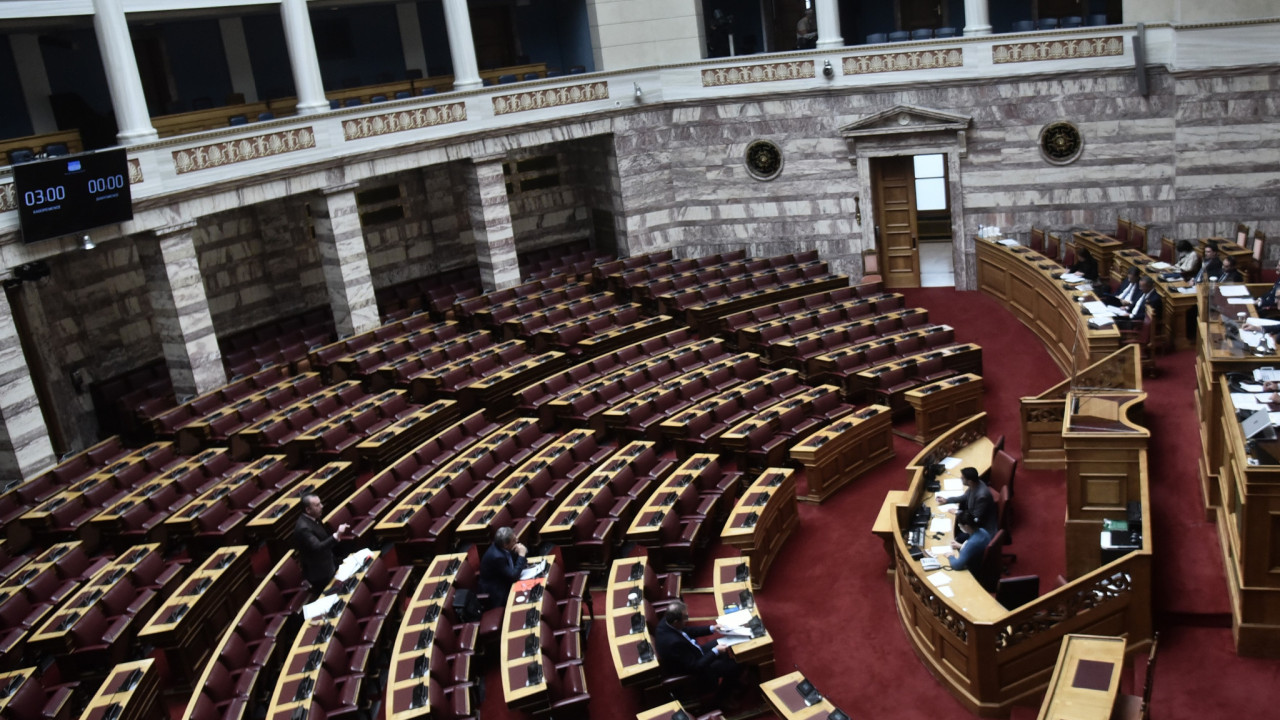 Motion of no confidence: This is the text submitted by SYRIZA to the president of the parliament

“The smelly wiretapping scandal is historically unprecedented. As well as the heavy blow it inflicts on the country’s institutions and democratic normality. The responsibility of the prime minister individually and the government collectively is enormous, self-evident, objective and non-transferable,” says SYRIZA in the no-confidence motion against the government.

The text of the motion of no confidence as submitted to the Speaker of the Parliament follows:

SUBJECT: “Motion of no confidence against the Government
(Articles 84, par. 2 Comp. and 142 of the Civil Code)”

The state and the country are going through the darkest period since the restoration of democracy. It is now proven that politicians, public figures, top government officials, as well as journalists were monitored, citing reasons of national security, by the EYP under the Prime Minister. And there are clear indications that the same individuals were also being tracked using the predator spyware. The foul wiretapping scandal is historically unprecedented. As well as the heavy blow it inflicts on the country’s institutions and democratic normality. The responsibility of the prime minister individually and the government collectively is enormous, self-evident, objective and non-transferable.
To the scandal of the wiretapping came to be added, after its gradual disclosure, the scandal of the furious attempt to cover it up, the denial of all accountability, the protection at all costs of those responsible and the perpetrators of the institutional diversion and the attempt to intimidate the state officials, who honoring the their constitutional mission, conduct investigations to uncover the truth.

However, Mr. Mitsotakis, who for so long denied any responsibility, is now confronted with the evidence of his own actions. It is shown that he has consistently exceeded the limits set by the constitutional order, the rule of law and the democratic functioning of the state. It turns out that he and his associates set up a mass surveillance apparatus and that, when the tangle of revelations began to unravel, he and his government legislated silence and darkness and attempted to cripple the competent independent authority (Article 87 of the 4790/2021, n. 5002/2022).

The first institutional action of the Mitsotakis government was to personally assume responsibility for the EYP. It turns out that he did so in order to carry out a plan to arbitrarily exploit the National Intelligence Service for the ultimate purpose of strengthening himself against all but rules and principles and establishing a personal political regime. Taking over the EYP under his direct administrative control, Mr. Mitsotakis also took on the role of head of a sick web of surveillance in which targeted and knowingly involved as victims not only opponents, but also officials of the Government itself and of its services is presided over. Mr. Mitsotakis is not meant to remain prime minister.
However, the government collectively also has huge responsibilities. He is complicit in the attempt to cover up the scandal, which hinders the investigation and any investigative process, attempts to discredit investigative journalism, but also ADAE. It is not understood that a Government, whose members are potentially monitored and potentially blackmailed, should remain in place. All the more so when, with this fear hanging over their heads, ministers are called upon to implement unprecedented government policies – demolishing the NHS, tolerating obscene profit, indifference to the impoverishment and over-indebtedness of citizens and dealing with the pandemic, retreat of of the country’s position in the international environment, etc. – that satisfy the interests of the few and powerful.

The struggle of Mr. Mitsotakis to hide his moral bankruptcy from the popular crisis has exceeded all limits, leading to the dragging of every other institution (Parliament, justice, independent authorities). His regime is being transmitted as an anti-democratic, institutional pandemic, distancing the country from the European acquis of the rule of law and democracy.
The remaining in the government of the country of those who instrumentalized the national security for the sake of other interests is dangerous for the rights, for the democracy and for the security of the country. The unprecedented mentality of arbitrary and selfish exercise of power is a strategic choice of this Government, which has already lost the trust of the citizens, insulting democracy so heavily that it cannot remain in power even for a moment longer.
For these reasons we submit a motion of no confidence against the Government.