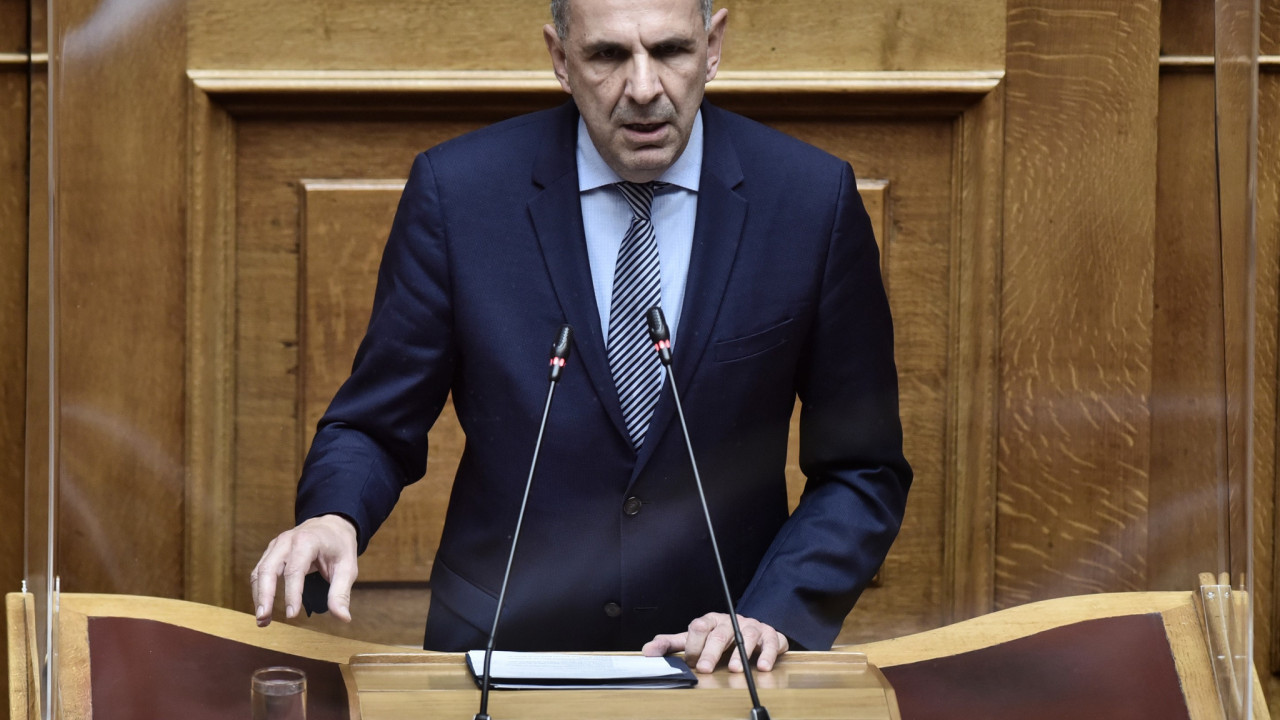 Gerapetritis: You cannot talk about the guilty with two special courts and with hooded “Maximus”

With Lysia, the Minister of State responded to the filing of the motion of no confidence on behalf of SYRIZA

As an opportunity to confront the actions of the last two administrations, the Minister of State Giorgos Gerapetritis took the deposition of the motion of no confidence on behalf of SYRIZA, who, on behalf of the government, requested the immediate start of the relevant debate.

“Guilty, guilty,” said Mr. Gerapetritis, referring to the accusations of the official opposition leader: “The one who has two special courts for manipulation, the one who today is revealed to have had use and knowledge of those who were a criminal organization and wore hoods for them calling them “Maximus”, and the one who today hears that he had a connection with suitcases and black money, he cannot create another culprit”, emphasized Mr. Gerapetritis.

The Minister of State, who began his intervention with a quote from the introduction to Lysias’ “pro-Weak” speech (it is a great opportunity that you are giving us and we are grateful to you because we will have the opportunity to oppose the cases we have), said that with the debate on the motion of no confidence we will have the opportunity to confront it at the level of public policy, and see whether this government has actually committed all these ills that you accuse it of, or, in fact, this government has committed, at best, that for which he received the mandate from the Greek people. And fortunately Mr. Gerapetroitis underlined, “the two administrations are fresh and the confrontation will be very obvious”.

As for the words “you are irrevocably guilty” used by Mr. Tsipras, the Minister of State said: “Well, not even definitively, not even definitively. Not even Areios Pagos.” [..] But, “guilty, guilty, not guilty”, emphasized Mr. Gerapetritis and concluded: There are, indeed, some critical moments. And at this crucial moment you will not avoid it, willy-nilly. Because it will be the next election, which is coming and you will suffer it”.