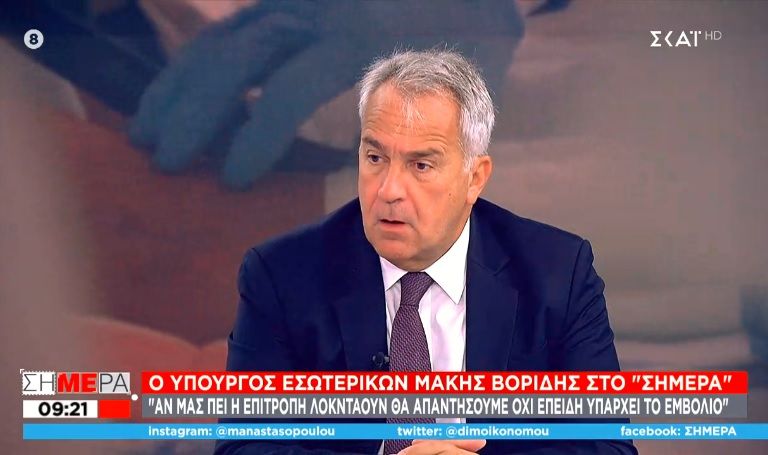 Voridis – SKAI: “No” to lock you up even if the committee says so – Possibility of extension of obligation |

The issue of the obligation of vaccination in other groups has never left the table, Interior Minister Makis Voridis pointed out to SKAI. Especially for the police, he pointed out that it is not easy to find a police officer to replace him.

The minister clarified that even if the committee of experts suggested a general lockdown, the government would say “no”, as there is the vaccine.

“The vast majority will not suffer catastrophic consequences at the level of economic, financial, social, cultural, freedoms because some, while having the solution, choose not to use it. The committee now responds when asked questions… ”

According to Makis Voridis, if we have a period of vaccination escalation, from 20,000 to the first 170,000 doses, this shows that the measures work as well as the dialogue with society.

The NSS, clarified the Minister of Interior, has been strengthened since the beginning of the pandemic with 12,000 staff, while another 4,700 positions have already been approved. “He is part of the emergency staff that is already in the hospitals and will return permanently to those who succeed in the process (s.s. of ASEP)” he noted.

As Mr. Voridis pointed out, “we received 500 ICUs at this time as well is 1,100, ie 110% increase in ICUsOr in order to do that, the answer is that we hired staff, it could not have been done otherwise “.