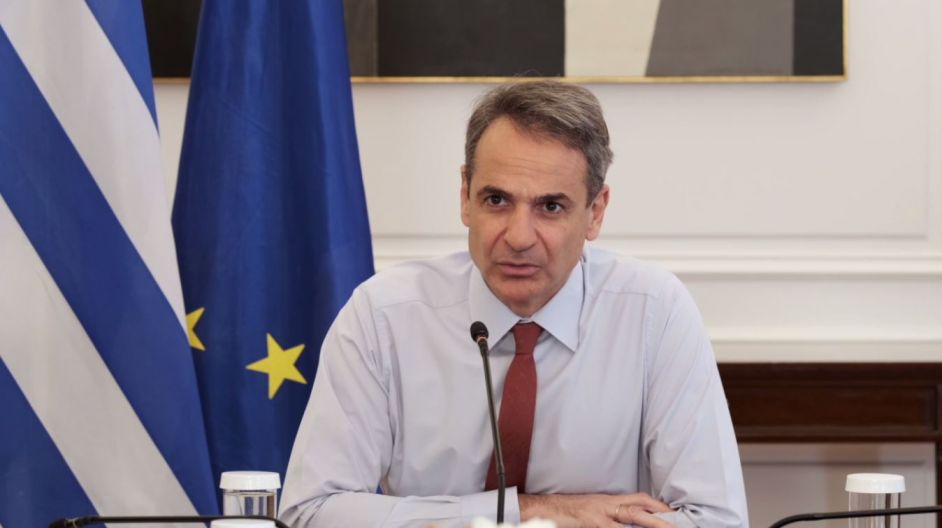 Mitsotakis: “Green light” goes on to speed up hydrocarbon exploration

The Prime Minister, Kyriakos Mitsotakis, sent a message of upgrading and accelerating the projects for hydrocarbon exploration, after the meeting at the offices of the Hellenic Hydrocarbon Management Company with the participation of the management of ELPE.

Specifically, he stated that the explorations are being upgraded to projects of national importance and set as a goal to have a clear picture of the existence of possible natural gas deposits in Greece. by the end of 2023.

“We have indications of possible gas reserves that make us optimistic,” said Prime Minister Kyriakos Mitsotakis after the meeting, adding that if we have significant deposits, “we will replace imports with our national wealth.”

The focus is on offshore gas fields rather than oil reserves or onshore “plots”, with the aim of speeding up processes modeled on countries in the region such as Egypt, which has implemented rapid procedures for both exploration and start of hydrocarbon production.

For his part, the competent minister, Costas Skrekas, announced that a new working group would be set upwhile EDEY will address a letter to the concessionaires informing them of the government’s intention to speed up investigations to locate and exploit natural gas deposits.

According to reports, the focus is on gas fields in offshore areas and not on oil reserves or onshore “plots”, while the aim is to speed up the processes in the model of countries in the region such as Egypt, which applied rapid procedures for both exploration. as well as for the start of hydrocarbon production.

According to the report published by IENE, which cites its recent studies ΕΔΕΥ and her Academy of Athensin the sea areas of the country that have been conducted seismic reconnaissance surveys have already been specified over 30 potential research objectiveswhich with additional research could become targets of exploratory drilling for the discovery of hydrocarbon deposits.