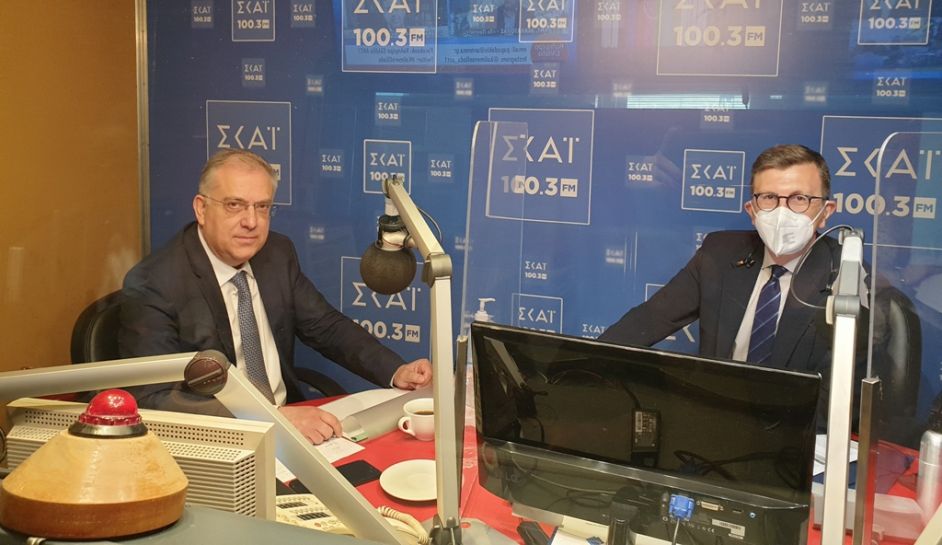 Theodorikakos in SKAI 100.3: Finally the mess in the Universities – The library at AUTh will be

Until the library at the AUTh is completed, the police will be thereassured o Minister of Civil Protection, Takis Theodorikakos speaking on SKAI 100.3 radio and Aris Portosalte.

At the Aristotle University of Thessaloniki, he added, we did the obvious, a trisathletic occupation ended with the contribution of the University Authority, there are people who want to dismantle the Universities. The Minister also stressed that student and teacher safety is a top priority of the government and is already doing so, as the police intervene where problems have been observed.

Mr. Theodorikakos sent a message for the implementation of the law for the university police, saying that together with the Minister of Education, Niki Kerameos in the coming days they will submit an implementing decree that will regulate all issues.

Two departments will be created, one in GADA in Athena and one in Thessaloniki. The first special police officers, who will soon graduate from the school in Komotini, will start from campus of AUTh and then to Athens.

The Minister of Civil Protection reiterated that there can be no mess at the Greek University and called on the opposition to take a stand. He turned his arrows against SYRIZA, saying that he was trying to oppose “even on the rubble of Aristotle”.

What he said about policing in Athens

For her issue of the Municipality of Athens Mr. Theodorikakos stated that was surprised by the statements of the mayor, Costas Bakogiannisbecause as he said, there is very close cooperation with the Municipality.

According to the data, the minister stressed, there is a reduction of crime in the center of Athens by about 30% and this should have been known to the Mayor.

As Mr. Theodorikakos said, the door of his office is open to everyone and next week it will be arranged to have a meeting with Mr. Bakoyannis.

The minister announced in advance tightening controls on LEAs, saying that now the traffic police will enforce the law more strictly.

He said that the cameras on the streets are in favor of their maximum use and the best possible solution is being considered because they can bring substantial results in the fight against crime.

Facebook
Twitter
Pinterest
WhatsApp
Previous article
The “Frozen” Waves: And yet, this incredible phenomenon is in Attica-Watch video
Next article
Turkey: Erdogan a big lead – What polls show