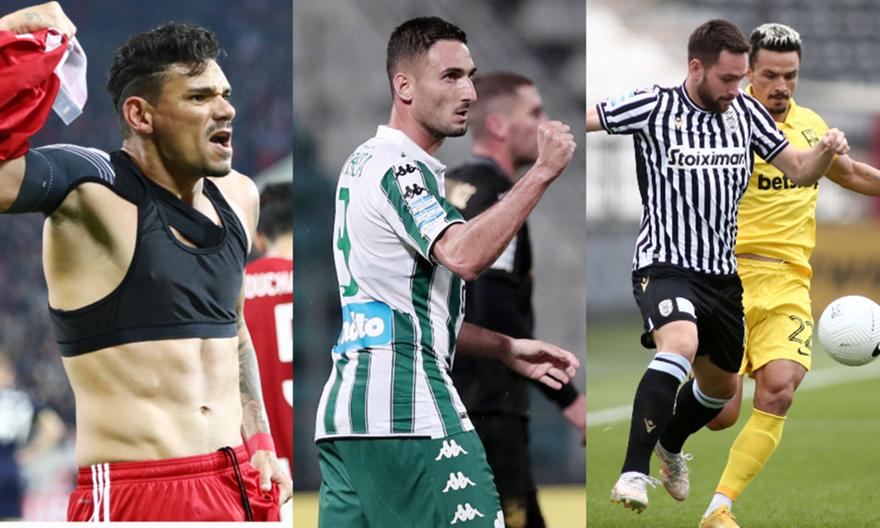 Let Olympiacos get away again, let Panathinaikos go up and the Toumba derby

The interest in the current program of the 11th game of Super League 1 is focused on three fronts.

The beginning takes place at noon, at 3, when Olympiakos welcomes Volos. Piraeus, after the break, has the victory in the derby with AEK in OAKA and on Thursday they managed with the goal of Tikinios in the last minutes of the match to prevail at home to Fenerbahce in the Europa League. Now everyone is paying attention to the “red and white” camp and Pedro Martins has asked his players to forget what happened in the match against the Turks. Read more here…

At the same time, there is the official important for both OFI-Ionikos game. The Cretans want to take advantage of yesterday’s defeat of PAS in Ioannina by AEK, in order to overtake him in the standings and find themselves only fourth. Clearly their task is not easy, since the newcomers have proven that they are a team that does not give up weapons easily and fights every match until the end by the referee. Read more here…

The other two matches are scheduled for 19:30.

In Leoforos, Panathinaikos returned to victories with the victory over Lamia last Monday, after three games had preceded with the team of Ivan Jovanovic not having received the coveted result. After five consecutive defeats and one point from the previous seven games, Panaitolikos returned to victories. In fact, he prevailed over Apollo and overtook him in the standings to avoid being in last place. Read more here…

The best, however, is in Thessaloniki. In Toumba, in particular, PAOK welcomes fellow citizen Aris, with each team being “forbidden” to have any loss in their meeting tonight. PAOK did not manage to beat Slovan in Bratislava, after the defeat by Atromitos in Peristeri last week. Aris, in turn, suffered the heaviest defeat in its history, after losing 5-0 to PAS Giannina. Read more here…

The program of the 11th race