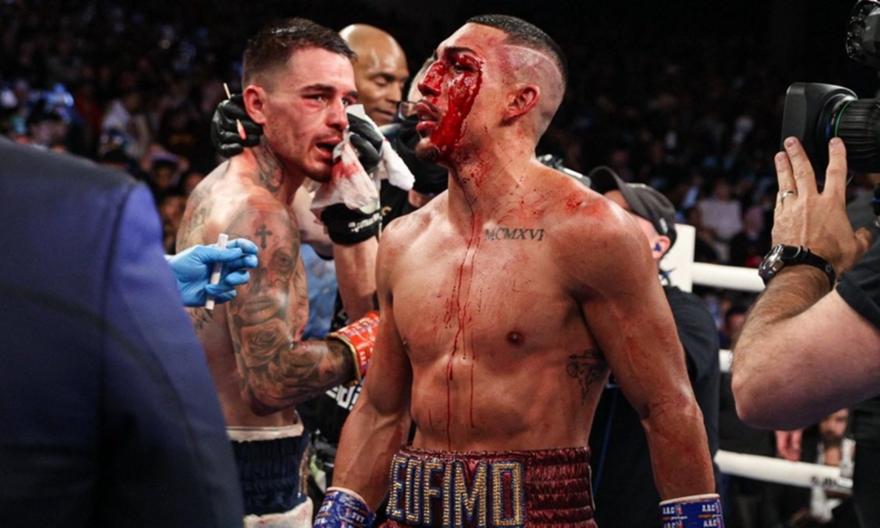 Teofimo Lopez did not accept his defeat – “I am a winner, you all saw”

Teofimo Lopez did not accept his defeat by Giorgos Camposos in his first statements after the end of the match and the announcement of the judges’ decision. The American stated that he was the winner of the last two, and critical rounds, forgetting that he was playing with a torn eyebrow, and stated that everyone saw the result.

“He is a great fighter (Kampos), but everyone knows I won tonight. The referee raised my hand, I won today. I do not care what everyone says, I won “, standing in the reaction of him and the referee when” he remains undefeated “was heard (ss obviously not knowing that Kamposos is also undefeated).

“At the end of the day I was here, I did this, and I want to thank God and everyone who came to the stadium. It’s not that I don’t know how to lose. I accept my victories as well as my defeats. At the end of the day I am a real champion, I came here and did what I had to do. I do not care what everyone says, I am true to what I say. I’m the ‘Takeover’, we do not stop, we just move forward. I love you all, I won this match “, he stressed and continued referring to the strong overhand he received at the end of the first round.

“It simply came to our notice then. Time to wake up and do the right thing. It is what it is. It’s boxing. I know they think, I won tonight, you know, I love you. I do not think it was a close match entering the last two rounds. For me, it prevailed in the match with 10-2. “I took 10 rounds and Kamposos two”, he stressed to provoke Kamposos’ reaction.

“Dude, you’re a little delusional about what you’re saying. I have the belts and I won the race very clearly. Watch the match. But I came here and played with respect. Go ahead dude. “If you want, we can do it again in Australia with 80,000 people,” said the Greek-Australian.

“Right now I want to go back to my family and my son who was born 11 days ago. I feel sorry for all those I disappointed. “I’m still here, everything happens for a reason, I believe in God,” Lopez replied.