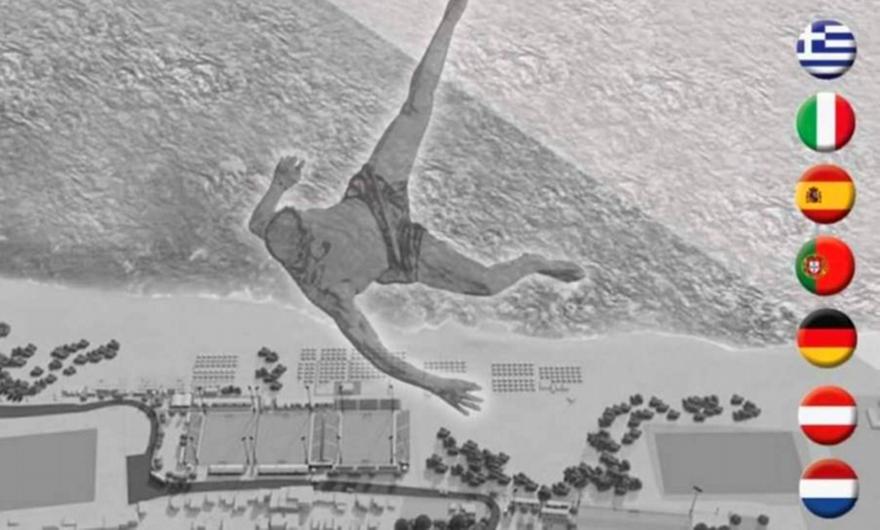 For the first time it will be held in Greece, on Crete and at the National Coastal Sports Facilities in Cartero (Karteros Beach Sport Center EAKH) the European FootVolley Championship next weekend, July 9 and 10under the auspices of the Deputy Ministry of Sports and the E.A.K.H.

THE BwinSPORT FM 94.6 will be there to broadcast exclusively live with image and sound, through social media and YouTube, many of the matches of the event.

In total they will participate the 12 best teams in the ranking of the European League, from Portugal, Holland, Italy, Spain, France, Germany, Austria, Switzerland, England, Sweden, Norway, Israel, Ukraine and Serbia, as well as four teams from the host Greece.

At the Press Conference, which will take place on Thursday (7/7, 13:00), the Deputy Minister of Sports, Lefteris Avgenakisthe head of FootVolley Greece, member of the European League, Marcelo Correa da Costathe president of EAK Heraklion, Lefteris Zervos and the president of OAKA Athens Olympic Complex, Nektarios Vidakis.

It is a sport that was created in early 60s by a Carioca (born in Rio). Wanting to have fun with his friends on Copacabana beach, he was inspired by a new game, a variation of Beach Volley combined with Beach Soccer. That is, volleyball played on foot. Thus arose its forerunner Footvolley.

At first, he used Beach Soccer goals to pass the ball over them, kind of like a tennis net. Along the way, to increase the difficulty and interest of the game he used the Beach Volley net.

FootVolley started in Rio de Janeiro, but quickly spread to many other cities, and today its fame continues to spread rapidly across the globe.

Although volleyball is a new sport for Greek standards, since it appeared in 2001, it has over 10,000 fans and is growing year by year.