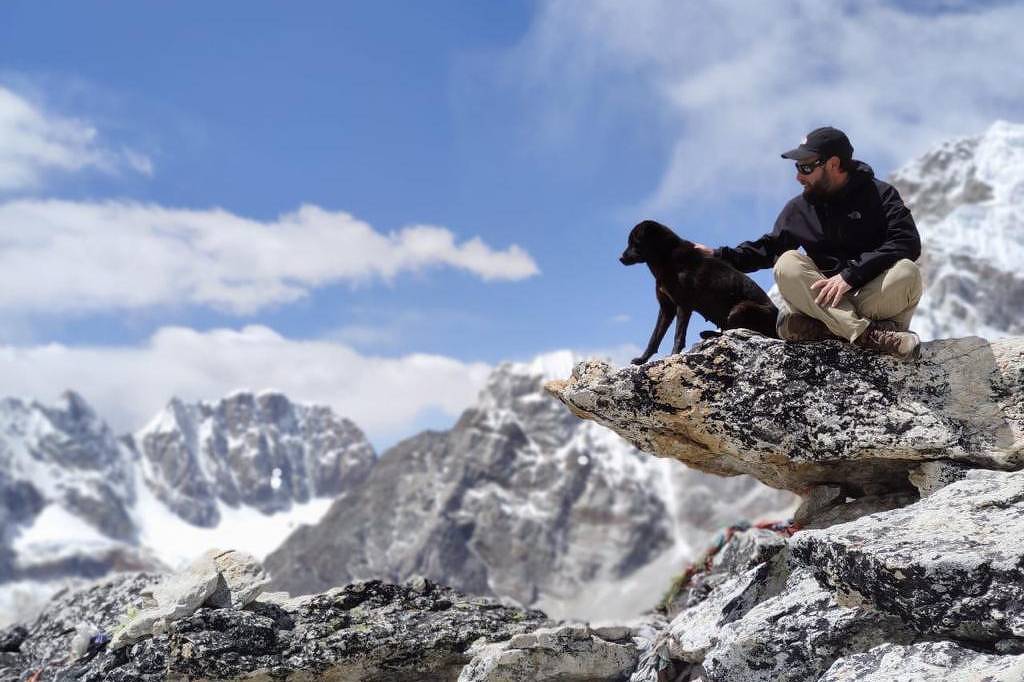 Opinion – É Logo Ali: He wants to be the first Brazilian on the summit of Broad Peak

Have the reader heard of Broad Peak? The Pakistani mountain, locally known as Faichan Kangri, is located in the Karakoram region of the Himalayas and is the 12th highest in the world, with an altitude of 8,051 m. As it is close to the most famous K2, with its 8,511 meters, it is often ignored by mountaineers who go after brands to stamp their card as a top climber in the galaxies. But this is certainly not the case for Moeses Fiamoncini, 42, from Paraná. At the moment these letters are being typed, he is committed to being the first Brazilian to reach its summit — and without oxygen support, as is known rarefied at that altitude.

Moeses spoke to the blog through a complicated operation that required him to travel an hour and a half to reach the internet signal closest to the point where he is camped in the midst of strong Himalayan winds. On the day we exchanged information, he was waiting for the meteorological window, the ideal moment for the summit attack, scheduled for sometime between the 17th and 22nd of July. While the weather doesn’t cooperate, he goes up and down the sides of the mountain, perfecting his acclimatization and patience.

But why Broad Peak, anyway, and not the instagrammable Everest or K2? Well, for starters, these two he already climbed, within the project that proposed to climb all 14 mountains on the planet above 8 thousand meters, all located in the mountain range that permeates Nepal, Pakistan and China. In addition to them, he has already stamped the peak of Nanga Parbat (8,125 meters), also in Pakistan, and Manaslu (8,163 meters), in Nepal. But he intends to return to the latter later this year.

“I would like to climb Manaslu again because last year a mountaineer reached the summit with a drone and in the footage it was discovered that everyone who had reached there had reached the wrong summit”, says Moeses, who will fulfill the table, now yes. , at the correctly designated maximum point. Because with a root mountaineer there is no false advertising, you know.

Aside from the fact that Broad Peak is in the top 14 list, Moeses has an extra reason to get there. “I chose it because a great friend, Sergi Mingote, a Spanish climber who suffered a fatal accident in 2021, spoke a lot about it as a special, beautiful place. explains.

As climbing these icy behemoths isn’t exactly a walk in the park, Moeses also collects stories of varied perrengues. One of the scariest, he says, was in 2019, when he was trying to climb Dhaulagiri (8,167 meters) in Nepal. “About 60 meters to the summit, I was climbing a wall, but there was a lot of snow and I decided to go to a part with more ice. I ended up slipping, I fell 20 meters and I just didn’t die because there was a lot of fluffy snow, which ended up holding me back. “. With aching hands and no support from Sherpas or porters (yes, he wants to do this as often as possible on his own, as well as no oxygen), he decided to head back to camp. “But I got lost and spent a whole night wandering the mountain until I found my tent,” he recalls. “It wasn’t until two days later that I managed to reach the base camp, from where I was rescued and taken to the hospital.”

He did not suffer fractures, “only frosbite in the fingers and toes, but no amputation”, he points out. frosbite is the frostbite caused by the cold in the extremities of the body where blood circulation is less, and which often leads mountaineers to lose pieces of fingers, nose and ears.

There’s no mystery — but it’s no joke either.

For those who intend to dedicate themselves to mountaineering on more extreme paths, Moeses guarantees that “there is not much mystery, the ideal is to start slowly, with lower mountains, around 4 thousand and 5 thousand meters of altitude, and increase altitude and level of difficulty”.

If he makes it seem so simple, he points out that it is very important “to have good mentors and reliable guides, people who have experience with each level of the mountain, to understand how each region works and learn to recognize when to stop, to return , of giving up a summit”. But, above all, he considers it essential “to have determination, psychological preparation and humility, the great foundation of a true mountaineer”.

Moeses, who owns the Vertex Treks agency, which takes groups to various mountain profiles, makes a point of noting that, “although social networks end up attracting people who are not physically and psychologically prepared to the mountains (and this is a problem for the person and for your group), mountaineering is no joke”.

“Of course fatalities happen,” he says. “A super-experienced person can have an accident, but vulnerability is greatest among inexperienced adventurers looking for pretty pictures, and there’s been a long-standing controversy over whether mountains like 8,000-meters should be places for people just looking for a feed. nice,” he adds. For him, for 13 years walking through the mountains, and guiding groups with different levels of experience, the most important thing is that people are “in search of a true connection with nature and with the expansion of themselves”.

“Maybe you’ll ask me if it’s not possible to do both”, he ponders, “and I’ll say that, yes, of course it is possible. It’s just not what we’re seeing in the mountains these days.”

Facebook
Twitter
Pinterest
WhatsApp
Previous article
ND and SYRIZA are putting pressure on the “small” members of the Parliament
Next article
Weather today: Slight rise in temperature – Where it will rain