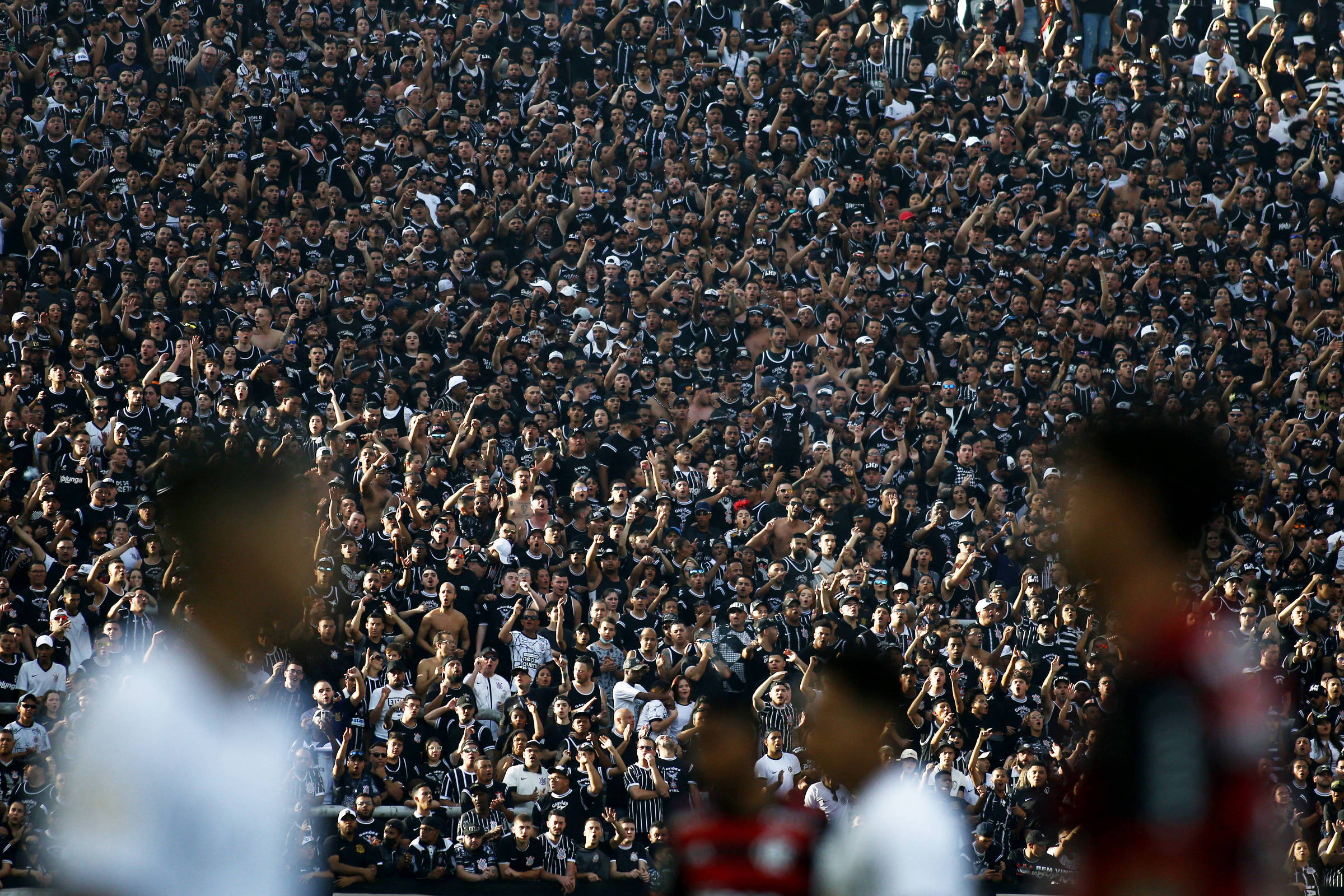 From which one can conclude… nothing!

Because Flamengo’s reserves walked in the crowded Maracanã, Corinthians lost to Atlético in Goiânia and won the red-black cariocas in Itaquera taken.

This Tuesday (2), the white-and-white stadium will once again welcome Fiel in weight, and on the pitch the hosts will face Flamengo with their best.

And the best thing about the Gávea team is so superior that Fiel will have to play like never before, or like they always have played – to the point that Corinthians is undefeated at home in the Brazilian Championship, the only home team without defeat.

By the way, the last time Timão lost in Itaquera for the Brasileiro was a year ago, on August 1st, and exactly to Flamengo, 3-1. Since then, there have been 22 games, 16 wins and six draws. . This year, ten wins and three draws.

The detail is that the game will now be for Libertadores.

So much so that, in 2010, Corinthians, with the best campaign in the continental tournament, faced Flamengo, with the worst campaign among the classifieds, for the round of 16, and ended up eliminated in Pacaembu, even after winning 2-1, because they were defeated. in the first leg, 1-0, on a stormy night at Maracanã.

In summary: more than in the giant Cássio, the Corinthians bet is on Itaquera, where something happens to achieve such positive results.

The sensible critic will say that simply maintaining an invincibility will be valuable, but the time is for ambition, not wisdom.

Not even Flamengo’s 4-1 over Goiás can mean much to cheer Corinthians when they face Atlético in the Copa do Brasil at a 2-0 disadvantage.

Because numbers, history, tradition, are worth a lot to tell the past, almost nothing to anticipate the future, even if the present reveals the carioca squad full of decisive players, although five points behind the rival in the national competition.

Between Palmeiras and Atlético Mineiro, the story is different, because it is recent.

What will be in dispute this Wednesday (3) is the rematch of last year’s Libertadores semifinal, when Hulk missed a 0-0 penalty at the green house, and the 1-1 draw eliminated Galo at Mineirão, undefeated. .

So, Galo was better, and today Palmeiras is.

The biggest bet from Minas is on the return of Cuca, the coach who owes an apology to society, and, of course, to Mineirão.

But, in addition to being better, safer and more consistent, Palmeiras is also the best visitor in Libertadores, with 19 games unbeaten, with 14 victories. The last defeat away from home took place in April 2019, against San Lorenzo.

To say that the alviverde is a favorite like Flamengo would be an exaggeration, although it seems clear that the Rooster looks at the Periquito with a certain inferiority.

Anyway, it will only be the first 180 minutes of two games that will end at Maracanã, on August 9, and at the green house, a day later.

Whoever wins will have less difficult semifinals, against Vélez Sarsfield or Talleres, in the case of Corinthians and Flamengo, and against Athletico Paranaense or Estudiantes, between Galo and Verdão.