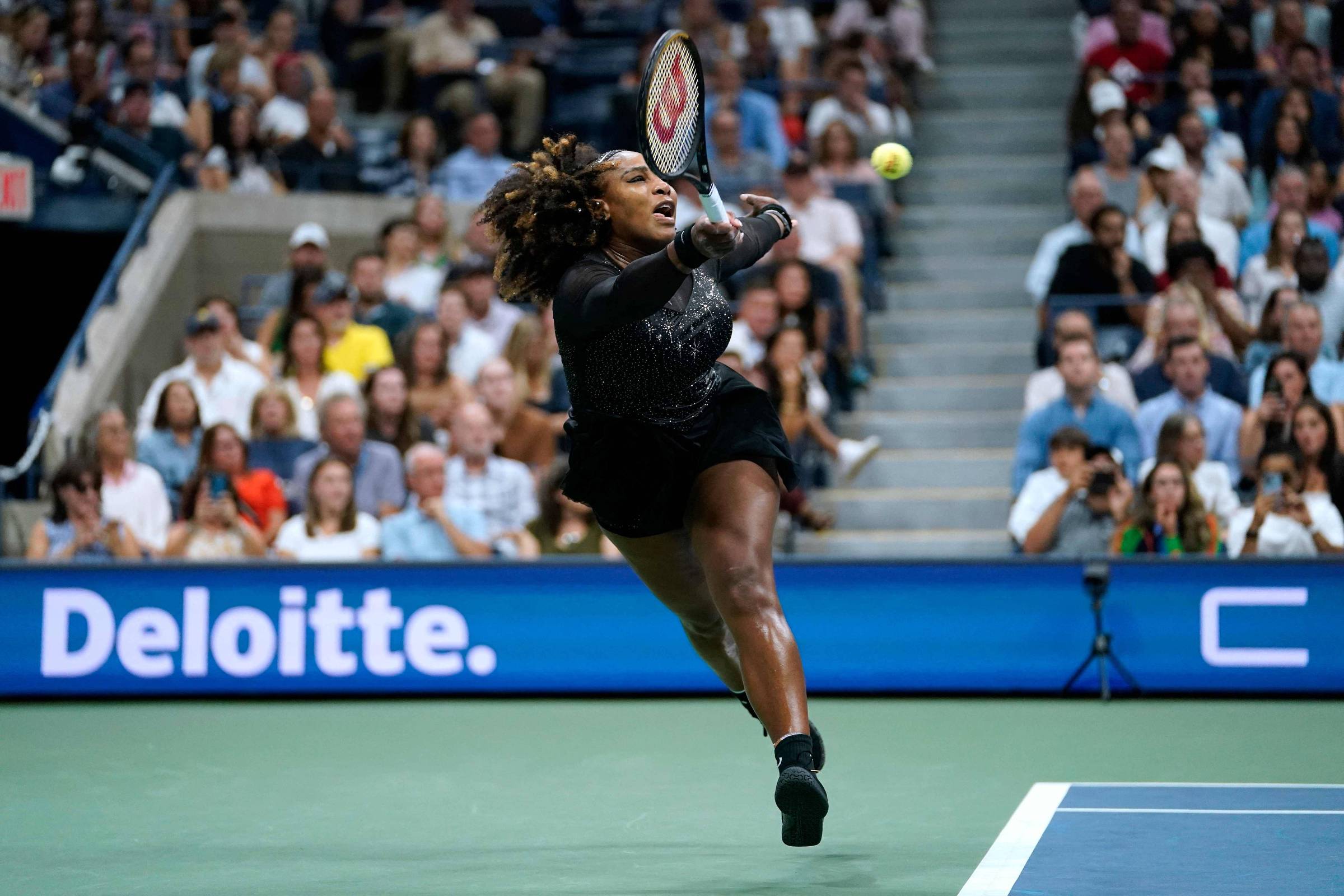 The one who is pointed out by almost all analysts as the greatest player in the history of the sport ended her exceptional career on Friday night (2). In the third round of the US Open, she lost to Australian Ajla Tomljanović, ranked 46th in the world, by 2 sets to 1, partial 7/5, 6/7 and 6/1.

Arthur Ashe Stadium in New York was the appropriate stage for the farewell. In the same place, in 1999, at the age of 17, the American began the reign that made her an iconic figure in tennis, sport, women and black women. From the triumph in the last century, she has built an exceptional career, breaking taboos while collecting admirers and titles.

“It was an incredible journey,” he said, in tears in the interview after the duel. “Those are tears of happiness, I think. I don’t know. And I wouldn’t be Serena if it wasn’t for Venus. Thank you, Venus,” she said.

Asked if she would return to the court one day, she said: “I don’t think so, but you never know. I don’t know.”

There were 23 singles victories in the Grand Slam series, which brings together the four main tennis tournaments. The biggest champion of the open era, she has one less “major” cup than Margaret Court – 13 of the Australian’s 24 trophies were raised in the amateur era, until 1968 – but few question her position with the main female name in the sport.

“She’s in the pantheon of the GOATs,” said former tennis player John McEnroe, 63, citing the commonly used acronym in the United States for “greatest of all time.”

“Billie Jean King, Muhammad Ali, Tom Brady. That’s where Serena is,” said McEnroe. “She’s become something of an icon of icons. And it probably came later than she deserved, but that’s where she is.”

It took a while because strong women – mentally and physically – were strange at the turn of the millennium. They still do. But the world changed between Serena’s first title and last game at the Flushing Meadows compound, and it’s no exaggeration to say she had something to do with it.

“What kind of female athletes would we want to see on our TV screens?” asked Christine Brennan, 64, a prestigious columnist for USA Today. “There was a time when muscles in women weren’t preferred or celebrated. Big, tall, strong, athletic women weren’t valued in society, not even in sports.”

In a historically white and elitist game, Williams’ impact was profound. With her talent, she ended up supporting her older sister, the very talented Venus. With her attitude, she inspired an entire generation, girls who grew up and became her adversaries, like the ultimate executioner, Kontaveit, 26.

“When I was growing up, what was valued was different,” Serena told the British version of Vogue magazine in 2020. “Venus looked more like what was really acceptable. She has incredibly long legs and is very, very thin. I didn’t see people on TV who looked like me, who were thicker. It wasn’t a positive body image. another age.”

The era changed, the century turned, and Serena established herself as a force in the sport. And the word strength seems to sum up the tennis ace, in figurative and literal ways. If she had the personality to attract attention – until the last game, she made a point of dictating fashion, with dresses designed by herself –, she also had an unprecedented punch.

For McEnroe, an ESPN commentator covering the legend’s farewell US Open, she transformed the game. His influence, he says, is similar to that brought on in basketball by Stephen Curry, whose three-pointers helped reconfigure the NBA’s tactical concepts.

“Serena took it to another level, because she had the best serve in history, better than a lot of guys,” said the former tennis player. “I’d compare her, for the change she’s made, to Steph Curry. Everyone’s kicking ass right now, but no one does it as well as he does.”

American Chris Evert, 67, who topped the rankings in the 1970s, is another who puts Williams at the level of sports legends such as Muhammad Ali.

“I would put her there in terms of influence, for the fact that she revolutionized the game and influenced girls and women around the world. That’s the size of the star. She’s a superstar. What strikes me most is the outside influence. the court, how she led young women to have their strength, to speak their minds, to not be afraid,” said Evert.

But Serena is scared.

She’s been honest about retirement, with no attempt to glamorize it. Williams sees a clear conflict between his career, which has come to an end, and his family. The desire to give a brother or a sister to her daughter Olympia, who turns five on Thursday, was the main reason that led her to end her exceptional career on the courts.

“Believe me, I never wanted to choose between tennis and a family, I don’t think it’s fair. If I were a guy I wouldn’t be writing this, I’d be out there playing and making my living while my wife would be doing the physical work of expand our family”, published the American, in the text in which she announced plans to say goodbye.

Tennis, sport and the world are different than they were when she first appeared in Flushing Meadows.