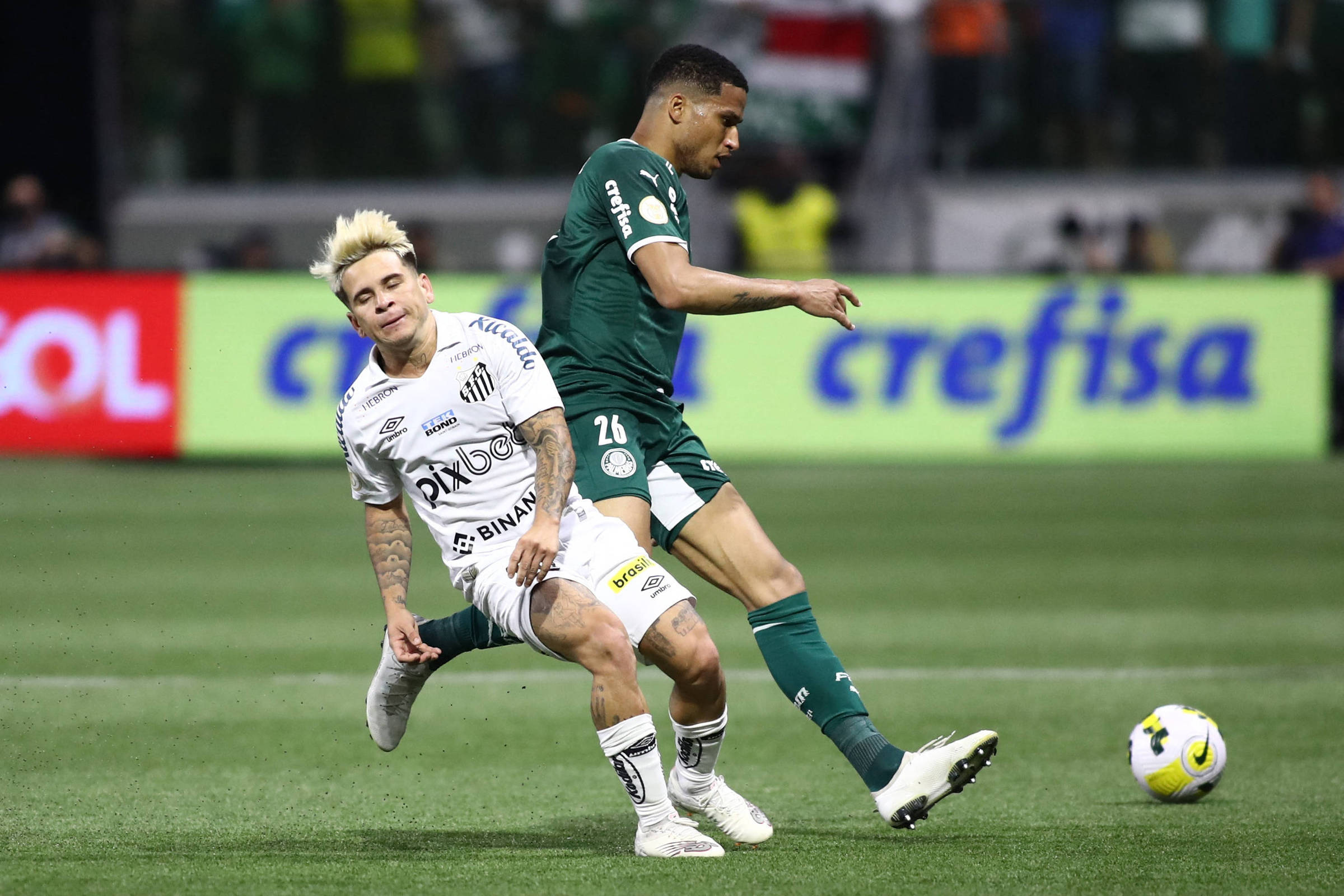 Palmeiras beat Santos 1-0 on Sunday night (18), playing at home. The goal was scored by Merentiel in the second half. With the result, Abel Ferreira’s team remains in the lead, with 57 points, nine more than the vice-leader, Fluminense.

Santos, in turn, is 11th, with 34 points, and has suffered its third consecutive defeat in the competition.

In a bad phase after losing to Goiás, at home, and Ceará, away, results that culminated in the departure of coach Lisca, Santos, now commanded by interim Orlando Ribeiro, had a good first half at Allianz Parque. Technically inferior, the team managed to hold back Palmeiras’ attacks and didn’t suffer much.

He even had a good chance to open the scoring with Lucas Braga, who shot from distance and forced Weverton to make a good save. On the Palmeiras side, the best chance was a header from Gustavo Gómez wide.

In the second half, Palmeiras came back trying to put more pressure, even after Danilo was sent off, at 14, after a foul on Soteldo, who was fired as the best player in Santos in the match.

At 18 minutes, Rony dropped a bomb from inside the area, but Eduardo Bauermann managed to head it almost over the line. Soon after, João Paulo made a beautiful save with Dudu’s kick.

The game was then left open. At 29, Soteldo almost scored. After Ângelo’s pass, he finished first, low. The ball went too close to Weverton’s right post. The next minute, Merentiel received a cross from Mayke and gave it a bicycle. The ball went close to João Paulo’s post.

But it was Palmeiras that managed to reach the goal. After a corner, Santos’ defense couldn’t cut and the ball was left for Merentiel, who spun on Madson and finished with no chance for João Paulo.

After that, Santos even tried some pressure, but couldn’t create clear chances. In the end, Abel Ferreira was still expelled for complaining about the arbitration.

Already eliminated from the other competitions, Palmeiras and Santos only have the Brazilian until the end of the year. The capital team’s next match is against Atlético-MG, away from home, on Wednesday (28). Santos receives Athletico-PR the day before.

Opinion – Marcelo Damato: Ball did not go into goal in Japan, but in Brazil there is controversy