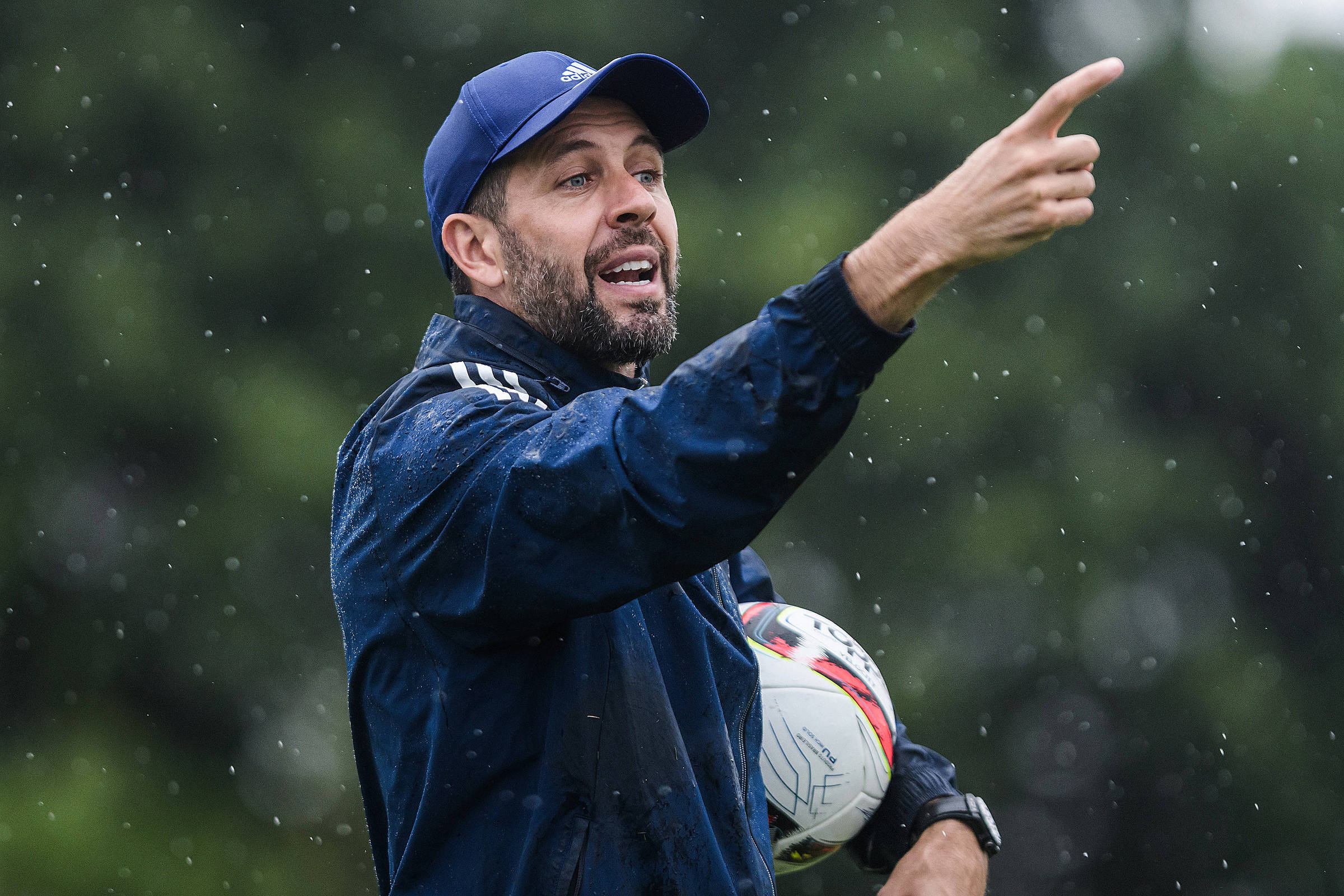 Close to Serie A, Cruzeiro coach got used to breaking walls and dreams of Uruguay team

Paulo Pezzolano, 38, appeared confident in his presentation interview as coach of Cruzeiro, on January 5 this year.

In his first speeches, he was surprised to say that the Minas Gerais team would fight for the titles of the Mineiro Championship and the Copa do Brasil.

“I’m Uruguayan. And the Uruguayan’s problem is that we don’t know how to play friendlies”, he replied.

The speech could sound detached from reality due to the context experienced by the club – although recently acquired by Ronaldo Fenômeno. In the two B series played, in 2020 and 2021, results are not encouraging: 11th and 14th place, respectively.

In addition, only one coach of the previous 14 had lasted more than six months in the position: Mano Menezes, two-time state champion and winner of the Copa do Brasil, who remained for three years and three days.

“I say I’m a good rebel. When something bad comes along, I try harder. What if something bad happens again? Even more. I’m going to break the wall that is ahead. I’ve always been like that”, he told the Sheet.

This Wednesday (21), Pezzolano can break more walls in the Campeonato Brasileiro Série B. If they win Vasco, the team will mathematically confirm the dreamed access back to the elite of national football after the fall in 2019.

Even in the face of the most competitive edition in all history —with Bahia, Grêmio and Vasco, also Brazilian champions—, the coach registers a respectable feat.

The team, so far, has a 20 point advantage over Londrina, the first club outside the G4, and is still fighting for the best campaign in the history of the second division. For that, he needs to add 21 of the 24 possible points, surpassing the mark of 74.5% of use of Corinthians in 2008.

“I’m close, without a doubt. Statistics show that we are close, I can’t lie, but until I close this I won’t look forward to it,” he said.

Pezzolano got used to overcoming difficulties early on, breaking down walls in his career.

Still in training as a player, at the age of 15, he was released from Peñarol’s basic categories, pointed out by coaches as incompatible with professional football. The justification was that his short stature and physical frailty would prevent him from moving forward.

“I was small, short, skinny… But I was always a number ten, I took the free-kicks and I was left-handed. After they changed coaches, they wanted physically stronger players to win games. They didn’t think much about the future”, he recalled.

Months after his release, Pezzolano not only continued in football but was already training among Rentistas professionals, also in the Uruguayan first division, the club where he effectively started his career.

“It didn’t change what I see as a coach, but it made me understand that we always have to respect the growth of players,” he said. “I feel that everyone has to keep something of mine. They have to remember me, they have to be better than they were before. And I say that if you’re a boy or if you’re 30 years old.”

As a player, the current coach of Cruzeiro spent most of his career in Uruguayan football. He made his debut for Rentistas in 2001 and had spells at Defensor, Peñarol, Liverpool and Montevideo City Torque.

Outside the country, he played for Mallorca, from Spain, Hangzhou Nabel, from China, and Necaxa, from Mexico, and Atlético Paranaense, from Brazil. He arrived in the Brazilian team in 2005, where he met the then defender Paulo André, now manager and one of those responsible for taking him as a coach to Cruzeiro.

His career as a coach came about almost by accident. At Torque, he was thinking about becoming a manager when he received an unexpected offer to replace Ricardo “Murmullo” Perdomo in the final five games of the second division in 2016.

“I was in doubt, because I had one more year on my contract. [como atleta]. There were five rounds to go, and I was thinking more about being a sporting director. I, as a player, didn’t have much more to give. I’m an ambitious person. I saw a door open to begin.”

He called old acquaintances, formed his coaching staff and got to work. He even played in a game accumulating the roles of coach and player, just to say goodbye to the pitch, and then began the process of reassembling the team. He let go of 14 former teammates.

“It was the hardest part of all, I was talking to each one. This first act marked me a lot, but if I had used my heart there I would have been wrong, I know that”, he reported.

The changes took immediate effect. He was champion in the first year and left Torque for Liverpool, but with a new challenge to break: that of the mentality of the new club.

The offensive style of play, with ball touches from the start with the goalkeeper, without kicks, did not please the fans and managers of a centenary and more conservative club.

“I heard from the rostrum the cries of ‘uh’ with every pass we gave. They really suffered, it was a very hard path, but it was worth a title. This path was worth it, it became the club’s history”, he recalled.

The team won the Torneo Intermedio – a short competition between the Apertura and the Clausura, the two annual editions of the national championship. The style of attacking play and possession of the ball was a direct influence of Liber Vespa, his mentor, a midfielder who defended the Uruguayan national team in the 1990s and died in 2018.

“I had him as a coach at Torque, and it was just possession of the ball. I felt amazing for running the right way, for never running too hard. He was a leader and a spectacular guy. before citing another inspiration. “My father used to say to me: ‘Do you want to be a coach? So be different.’

At Cruzeiro, Pezzolano reached the Mineiro final in just a few months. He lost the decision to Atlético-MG, but gained the approval of the crowd due to the campaign.

Days later, he needed to break down the walls again to rebuild the strategy with the loss of Vitor Roque, the club’s greatest jewel, hired by Athletico Paranaense for a R$ 24 million termination fine.

“Are the fans always happy? I’m convinced they’re not, but I’m also sure that I do my best to win, to make the team more competitive.”

The team has not lost since being eliminated by Fluminense, in the round of 16 of the Copa do Brasil, on July 12. There were 13 games, with seven wins and six draws in the period. Between April and June, he won nine consecutive victories, with seven games without conceding, leading goalkeeper Rafael Cabral to beat the marks of idols Fábio and Dida.

With a contract extended until the end of 2023, Pezzolano will have little left to finally be able to look at Serie A and face new walls to break. One of them is European football.

“My dream is for the Uruguayan national team, later on, at some point in the future, or to triumph in Europe. It will come, I’m convinced it will.”

Facebook
Twitter
Pinterest
WhatsApp
Previous articleLagarde: The ECB will not allow the effects of inflation to take hold
Next articleElectricity: Three levels of subsidy depending on consumption – What changes from October