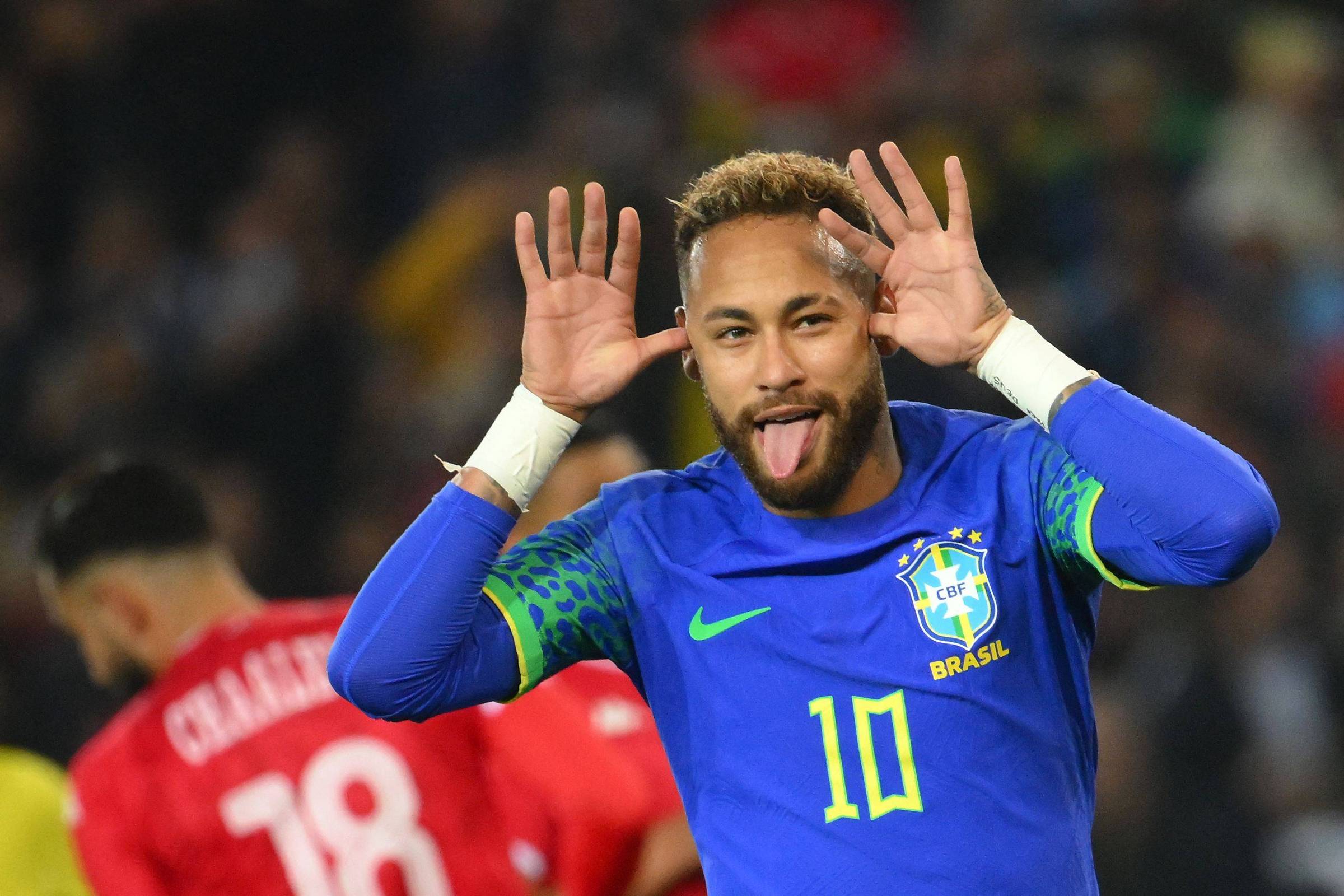 When Raphinha swung the goalkeeper Dahmen’s net, Tite celebrated effusively, clenching his fists and yelling, aggressive, with wide eyes. He first embraced Militão, then other players from the bench. The clock showed 40 minutes of the first half of a friendly in which Brazil beat Tunisia 4-1.

Tuesday’s match (27), at Parc des Princes, in Paris, ended in a 5-1 triumph for the national team. A score that does not illustrate the tension of the last commitment of the green-yellow team before the World Cup in Qatar. . There were arguments, tough fouls, a red card and a banana thrown on the lawn.

The episode took place when Richarlison was celebrating Brazil’s second goal. Tite was revolted – with that and with a luminosity, probably a laser beam, often directed at Neymar’s eyes –, which helps to explain his reaction to Raphinha’s goal. But he liked what he saw on the field.

Tunisia, which is qualified for the World Cup, had not been leaked in their previous seven games. There were only three goals conceded in 12 duels in the season. The Brazilian athletes, however, knew how to involve the marking – often violent – ​​to establish a rout in the initial stage in France.

The formation, in theory, was less offensive than the one adopted on Friday (23), in the 3-0 triumph over Ghana, with Fred and without Vinicius Junior. The lineup, which should be very close to the one that will be used in the first round of the Cup, against Serbia, was: Alisson; Danilo, Marquinhos, Thiago Silva and Alex Telles; Casemiro, Fred, Raphinha and Paquetá, Neymar and Richarlison.

With the ball, Telles joined the defenders for an exit in three players, a role that in Qatar will be performed by the injured Alex Sandro. Danilo joined Casemiro in a second row, leaving the steering wheel Fred looser to approach the men from the front, with Raphinha open on the right and Paquetá on the left.

It worked quickly. Right away, Paquetá missed a clear chance. At 11 minutes, the second line worked well: Casemiro received from Danilo and hit a precise shot for Raphinha to cover the goalkeeper with a header. The tension of the match was just beginning to settle, but Tite already vibrated as if it were a World Cup game.

The goal taken after that was also seen as a hard blow. At 17, Talbi rose with some freedom after a free-kick and headed into Alisson’s right corner. The failure to fight the aerial game is worrying, especially because in its debut at the Worlds, Brazil will face the great header Mitrovic.

The reaction, however, was quick. At 19, Richarlison received from Raphinha in front of the goal, in failure of the Tunisians in the offside line, and swung the net. There, the banana was thrown –according to the broadcast by TV Globo, from an area of ​​the stands with Tunisian fans, numerous in Paris–, and the confrontation went from tense to quite nervous.

There was squabbling, shoving, grievance cards. Neymar was a frequent target and fought back, hearing from his teammates and the bench requests for calm. But Brazilian superiority was clear. Paquetá just didn’t score because of a great defense by Dahmen. That didn’t hold Neymar’s penalty kick, with a little break, at 29.

Neymar also participated in the fourth goal, looking for a pass in the area. Richarlison rolled for Raphinha to hit the corner, provoking the aforementioned effusive reaction from Tite. And Neymar returned to character at 42, when he dribbled Bronn and took a hard entry. French referee Ruddy Buquet realized that it was time to control the mood and took the red card from his pocket.

In the interval, the coach of the selection fulfilled the expectation, putting Pedro in the field in the vacancy of Richarlison. Vinicius Junior also joined, replacing Paquetá. The pace was not the same as in the initial stage, and Tunisia even had moments of possession, but, with one less, they ended up being punished.

In the 29th minute, Pedro had the opportunity he had been waiting for to get very close to being called up to Qatar. Vinicius Junior tried to score in the area with Antony (triggered in the second half), and the ball fell to the Flamengo striker, who again showed his excellent ability to finish.

Reserves Ibañez, Renan Lodi and Rodrygo were also observed in Brazil’s last experience before the Cup. The coaching staff promises to continue watching the athletes at their clubs, but there will be no more friendly matches until they head to the Middle East – where there are also no duels scheduled.

Tite needs to define a list of 55 players by October 21st. The 26 names of the final list must be delivered to FIFA (Federation Internationale de Football) by November 14, but the delegation will already meet on that date. The call will be announced earlier, although there is still no date set by the CBF (Brazilian Football Confederation).

The World Cup will be held between November 20 and December 18, focused on the city of Doha and its surroundings. The selection will make its debut on November 24, against Serbia. Four days later, it will measure forces with Switzerland. Its participation in Group G will be closed in a clash with Cameroon, on 2 December.