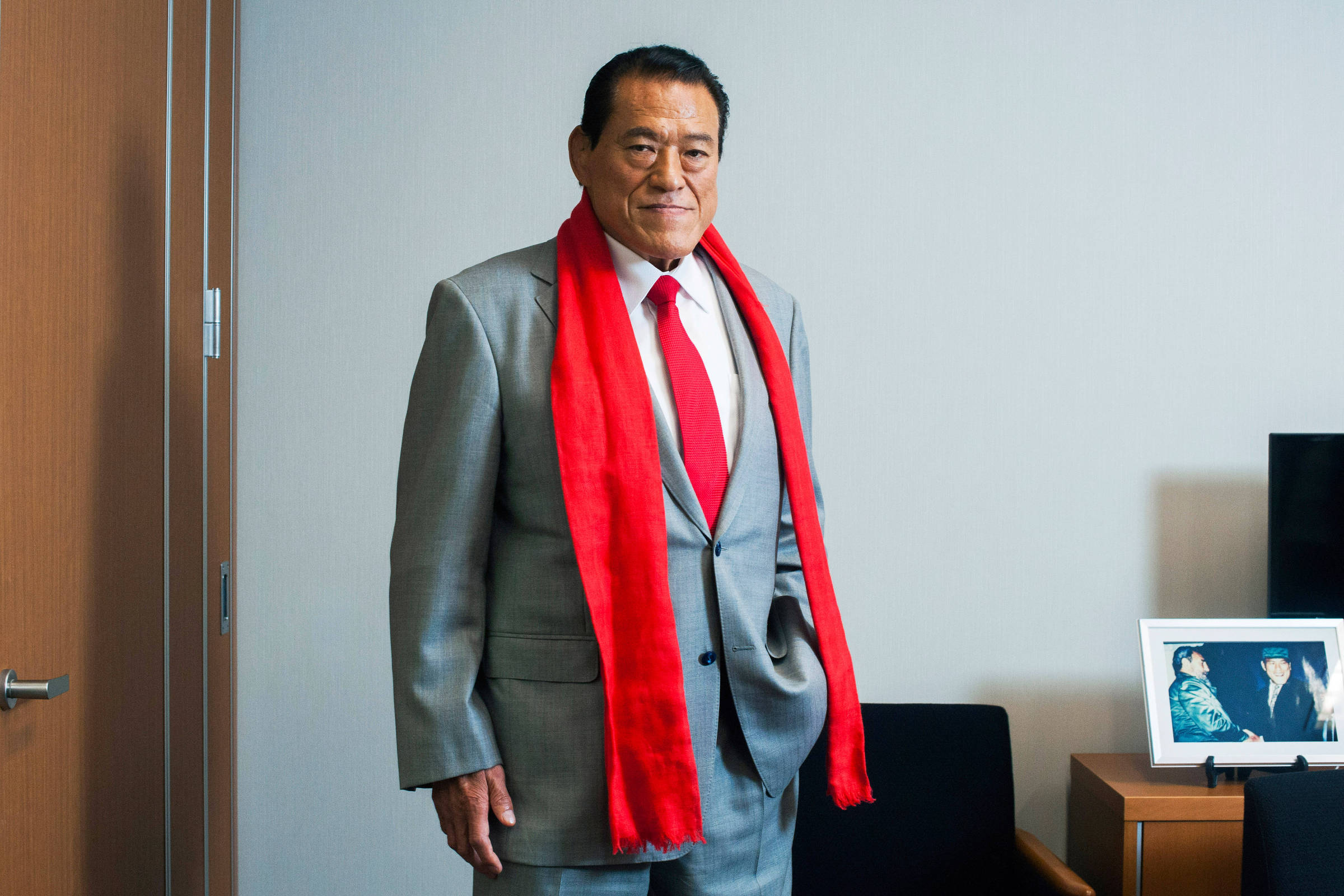 Antonio Inoki, the fighter best known for taking on Muhammad Ali in a mixed martial arts match that ended in a draw, died Saturday in Tokyo. The Japanese, who also used his charisma to gain fame and influence in North Korea, Iraq and Pakistan, was 79 years old.

New Japan Pro-Wrestling, the wrestling company founded by Inoki, announced that the cause was amyloidosis, a rare disease that attacks organs such as the heart, kidneys and liver.

Inoki had the jutting chin of a belligerent dictator, but he also wore a red scarf with the elegance of a French nouvelle vague filmmaker.

He has held several public roles successfully. He developed a personal foreign policy in travels around the world as a member of the Upper House of the Japanese Parliament. He built a reputation and gained a following in Pakistan, presenting himself when fighting there as a convert to Islam. And he projected the image of a jovial athlete as he slapped fans and other celebrities in the face, a typical gesture meant to convey some of his combative spirit.

But it was an anticlimactic matchup in Tokyo against Muhammad Ali on June 26, 1976, that drew attention to him in the United States and cemented his fame elsewhere.

Ali was the heavyweight boxing champion of the world, and the fight was presented as a contest not just between two men, but between two sports. Expectations rose, and Shea Stadium in New York drew more than 30,000 people for a TV broadcast.

Not long after the bell rang, Inoki threw himself onto the mat and began crawling and kicking Ali, a strategy that seemed to numb his opponent. Ali danced around the ring, absorbing painful kicks and landing just two punches during the entire fight.

The strange spectacle was considered a draw and inspired the crowd to throw rubbish into the ring.

“Maybe last summer I was too serious,” Inoki told The New York Times in a regretful interview the following year. “I was doing my best to win. It wasn’t a fake fight, or it would have been more interesting.”

After Ali died in 2016, the Times ran a retrospective article on the fight: “Ali’s least memorable fight”.

One expert commentator saw it differently. Conor McGregor, the mixed martial arts fighter who faced undefeated boxer Floyd Mayweather Jr. in 2017, said before the fight that he studied the Ali vs Inoki fight. Of particular interest was a moment in the sixth round when Ali went down and Inoki was on top of him before the referee separated them.

“If they let that moment go on for another five seconds, or ten seconds, Inoki would have wrapped itself around their neck, their arm or a limb, and the whole face of the combat world would have changed right there,” McGregor said.

Kanji Inoki was born on February 20, 1943, in Yokohama, a port city in Japan. He adopted “Antonio” as his wrestler’s name. When he was a teenager, his family moved to Brazil. Rikidozan, a professional wrestler in Japan, visited Brazil, met Kanji and mentored him, guiding him towards a career as a popular Japanese wrestler.

Information about Inoki’s family was not immediately available.

Ali’s episode hasn’t detracted from Inoki’s popularity in his homeland, where he has become an advertising presence, from Tabasco sauce to video game parlors.

And he shrewdly attracted favors abroad. In Pakistan, he became known as Muhammad Hussain Inoki in the local press; he exchanged his red scarf for a green one, reflecting the color of the Pakistani flag; and cultivated a rivalry with a famous family of Pakistani wrestlers.

After a match ended ambiguously, Inoki chose to admit defeat, satisfying Pakistani fans’ desire for a local winner, according to a 2014 profile published by Grantland.

Inoki’s most impactful foreign intervention took place in Iraq. In 1990, months before the Gulf War, Saddam Hussein was holding dozens of Japanese nationals hostage. Inoki, who had recently been elected to the Parliament of Japan, took the captives’ relatives on a trip to Iraq, where he organized a “Festival of Peace, Sports and Music”.

That style of diplomacy paid off: Inoki was “credited with helping negotiate the release of 41 Japanese citizens,” the New York Times said in a 2017 profile.

From 1995 to 2017, Inoki also became a popular figure in North Korea, visiting the country 32 times. The relationship originated with “Collision in Korea”, a 1995 event in which Inoki defeated American wrestler Ric Flair.

Some in Japan criticized the old wrestling star’s socialization with authorities in a nuclear-armed autocracy as a publicity stunt. He told the Times that he had a noble goal: “To establish peace through sports diplomacy.”

“The UN, Trump and Japan are saying we need to apply more pressure,” Inoki continued. “But first we need to listen to them and understand what are the reasons behind their activity.”