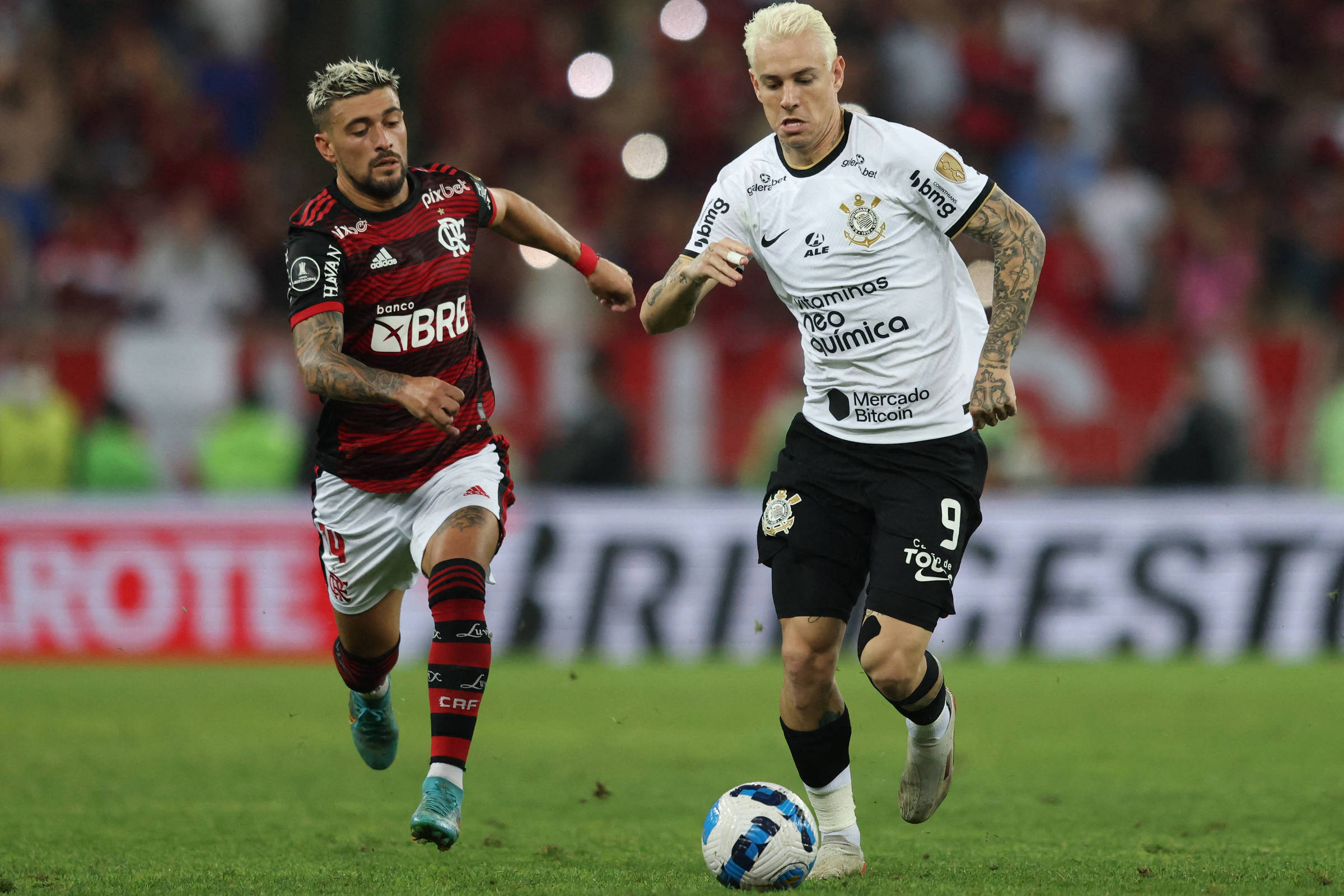 This Wednesday (12), the decision of the Copa do Brasil begins. The draw, away from home, is great for Flamengo. If Corinthians wins, which is common when they play at home, even playing poorly, it could cause uneasiness for Flamengo at Maracanã.

Flamengo will certainly keep the lineup and the way they play. Corinthians has options. One is the most common, that of playing with a trio in midfield, with a more central midfielder, behind, and a midfielder on each side, to defend and attack, in addition to a player on each wing and a striker. . Another alternative is to climb two midfielders in line, more markers, with Renato Augusto in front of the two, to set up the plays.

A different and surprising option is to move the fast winger from the right to the left, to confront and mark Rodinei’s advances. Róger Guedes would act freer, more centralized and closer to Yuri Alberto, as a second striker, where he is more decisive.

While the Copa do Brasil is on fire, the Brasileirão is practically decided. The dispute will be for vacancies in Libertadores and to escape relegation. Inter, vice-leader, has impressed me with the efficient way of defending and attacking and the presence of some good players who were not there in the previous season, such as Pedro Henrique and Alemão.

Mano Menezes, when he was coach of the Brazilian team and did a good job, was replaced by Felipão, before the 2014 World Cup. The then president of the CBF, José Maria Marín, also hired Parreira to be technical director, two world champions. Mano’s departure was more for political, commercial and marketing reasons than technical ones. Investors, CBF partners and marketers were worried about the team’s low prestige. They wanted an experienced coach, world champion, capable of shaking the fans, like Felipão, who had already done the same in Portugal, before Euro 2008.

Atletico-MG is not doing well in the Brasileirão. There are already fans missing Turco Mohamed. After the 0-0 draw with Ceará, Cuca said that the team has been playing as well as last year, but that now the ball has not entered. Not quite. I repeat, for the thousandth time, dominance of the match and a large number of shots do not always mean many chances to score. And also the opposite, a team can have countless chances to score even without finishing.

Asked about the defeat to Belgium in 2018, Tite said that Brazil was better and created more chances to score. It’s true, but the team pressed because they lost the match and needed to react.

After the Cup, the Belgian coach confirmed that the line-up of striker Lukaku on the right wing was the same strategy used by Mexico, days before, against Brazil, when the Mexicans lost several goals. Miranda went to play on the side, since Marcelo was almost a winger, opening large spaces in the middle. The difference is that Mexico did not have players with the individual quality of Lukaku and De Bruyne. Brazil needs to learn with time.

Facebook
Twitter
Pinterest
WhatsApp
Previous article
Nanda Costa poses dressed as a gorilla with Heloísa Perissé: ‘With the monkey’
Next article
Theodorikakos for the rape of a 12-year-old girl in Kolonos: Everything is revealed about the monsters who committed such a crime