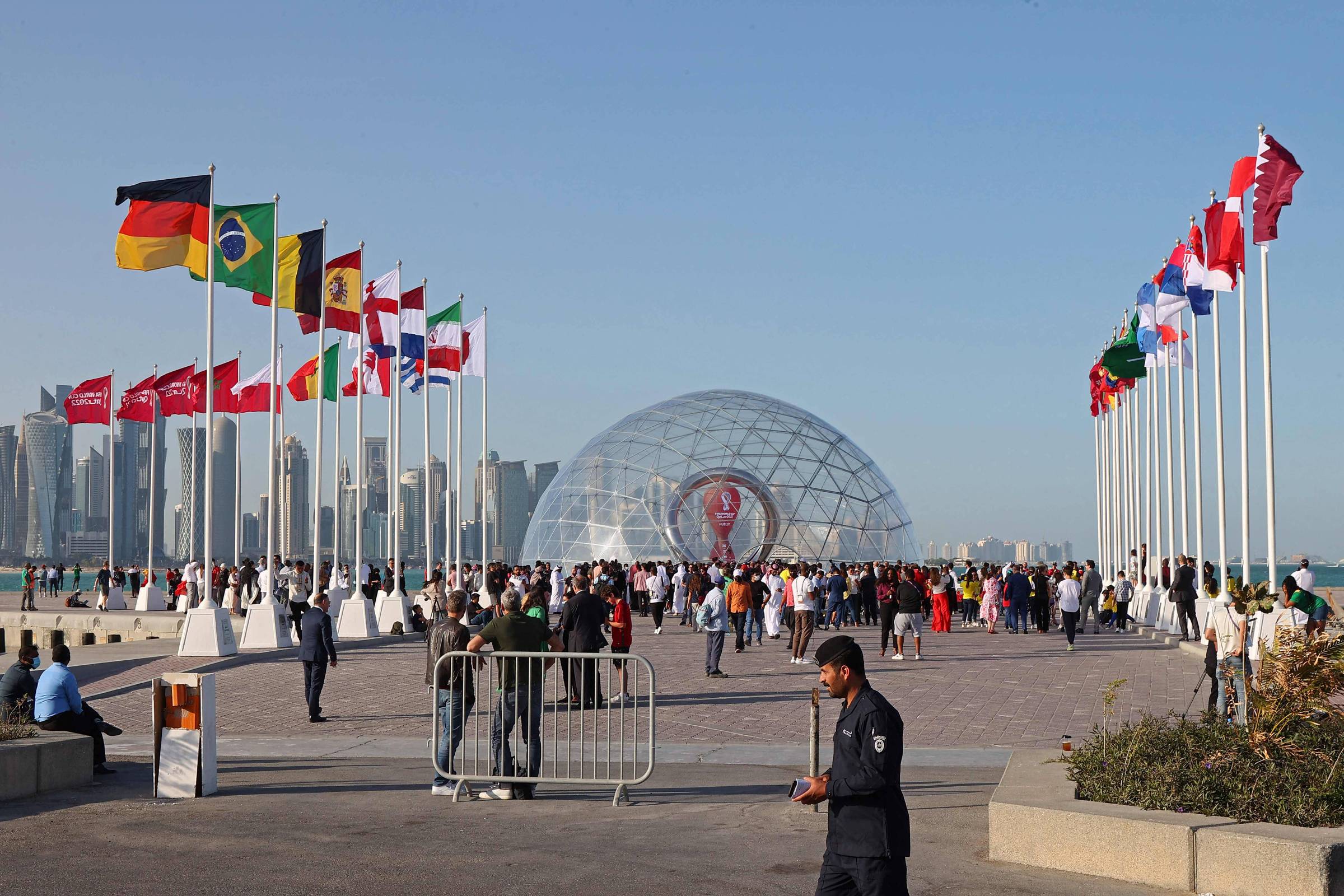 Qatar commits crimes against LGBTQIA+ people on the eve of the World Cup, says NGO

Qatari police arbitrarily detained and abused members of the LGBTQIA+ community before the World Cup, Human Rights Watch (HRW) denounced in a report released on Monday (24).

Homosexuality is illegal in the Gulf country, which has had its human rights actions closely monitored in the run-up to the tournament — it is expected to attract at least one million visitors from abroad.

HRW says it documented six cases of severe and repeated assault and five cases of sexual harassment in police custody between 2019 and 2022.

According to the organization, the most recent case took place in September. In it, four trans women, a bisexual woman and a homosexual man were allegedly taken to an underground prison in Doha by officials from the Ministry of Interior’s Preventive Security Department.

There, they were “verbally assaulted and subjected to physical abuse, with slaps, kicks and punches that caused bleeding”, says the document. He further claims that security forces obtained forced confessions and denied detainees medical care, contact with their families and access to legal representation.

The bisexual woman told the New York-based NGO that she was beaten to unconsciousness several times. One of the trans women said she was held for two months in an underground cell, and then for another month and a half. “They beat me every day and shaved my hair. They also forced me to take my shirt off and photographed my breasts,” says her statement reproduced in the report. She stated that since then she has suffered from depression and is afraid to go out in public.

In all cases, detainees were required to unlock their phones to hand over the contacts of others in the LGBTQIA+ community, according to the NGO.

The conservative Muslim-majority country bans same-sex marriage and sexual relations, which can be punished with up to seven years in prison. But none of the detainees named in the report have been officially charged.

According to HRW, the six were apparently detained under a 2002 law that allows for up to six months in prison without formal charges “if there is reason to believe that the person has committed a crime.”

A Qatari regime official claimed that the information in the report is false, that the nation does not tolerate discrimination against anyone and that its police are committed to human rights.

Human Rights Watch called on the Doha government to “end security forces’ mistreatment of LGBT+ people, including the halting of government programs that purport to convert” sexually diverse people. The official insisted that the Middle Eastern country does not have any conversion centers.

The NGO also asked FIFA to pressure Qatar to adopt laws protecting LGBTQIA+ people. The federation ensures that rainbow flags and other LGBTQIA+ symbols will be allowed in and around stadiums, and the country’s World Cup organizing committee has insisted in recent weeks that all fans are welcome to attend.

England striker Harry Kane is one of several European captains who have pledged to wear the colors of the “One Love” campaign, which symbolizes the fight against discrimination, as an armband.

Facebook
Twitter
Pinterest
WhatsApp
Previous article
Jennifer Aniston: She came one step before giving up acting – The profession she had chosen to do
Next article
Did Paulo Gustavo predict Roberto Jefferson’s arrest? Satire with coincidence goes viral