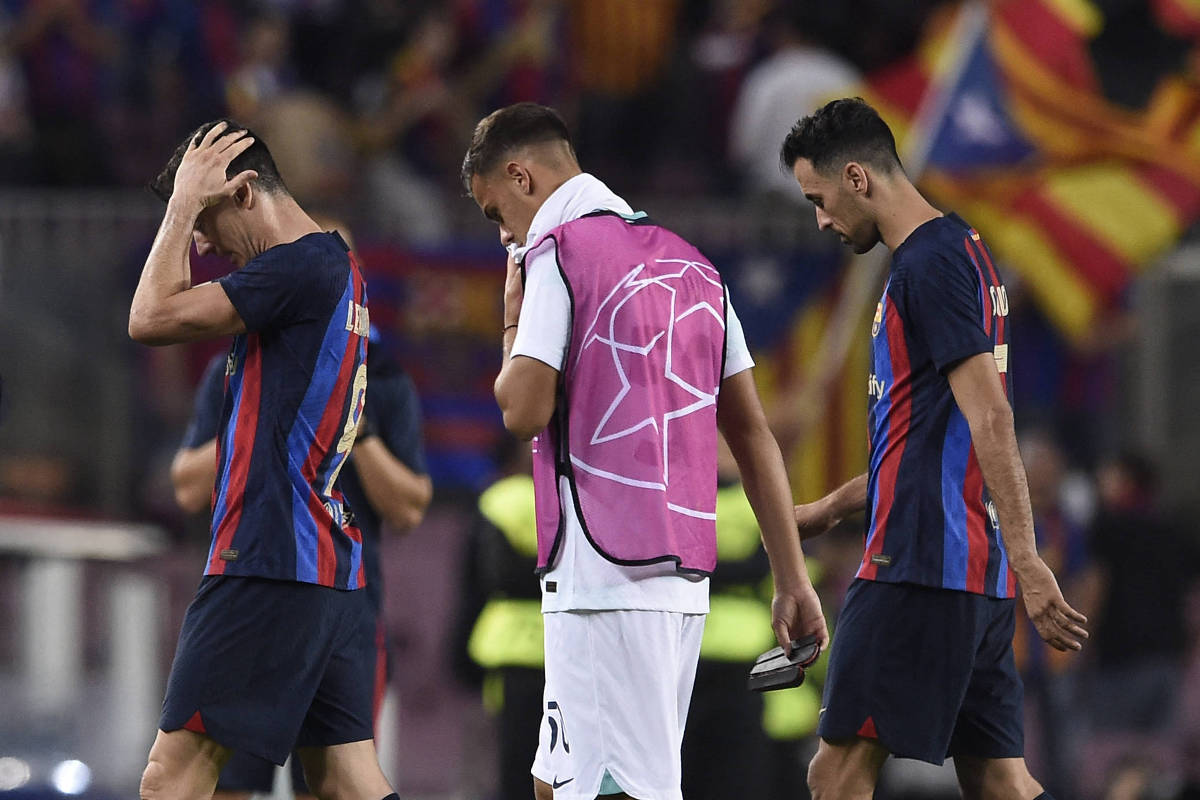 Barcelona (ESP) entered the field to face Bayern Munich (ALE) this Wednesday (26) already eliminated in the Champions League. The victory minutes before Internazionale (ITA) over Viktoria Plzen (CZE) by 4-0 guaranteed, with a game to spare, that the Catalan club has no chance of advancing to the round of 16.

With four points (before facing Bayern), Barcelona could at most reach ten and tie with Inter in second place in Group C. But the Italian club would take advantage in the tiebreaker by direct confrontation.

Third place gives the Spaniards a spot in the Europa League, the second-tier continental tournament. The same thing happened last season. In 2021-2022, the team also came in 3rd, but in a bracket that had Bayern Munich, Benfica (POR) and Dynamo Kiev (UCR).

In the Europa League, he fell in the quarterfinals against Eintracht Frankfurt (ALE), who would be champions.

The association’s estimated debt is 1.4 billion euros (R$ 7.6 billion). The club used future revenues to fund the reinforcements in the hope that the results on the field would generate enough money to cover the hole.

The Champions League is the most profitable club tournament on the planet. Participating in the group stage guarantees the receipt of at least 15.65 million euros (R$ 84.8 million). Just qualifying for the round of 16 would guarantee another 9.6 million euros (R$ 52 million).

The champion will accumulate earnings of 85 million euros (R$ 460.8 million).

From ‘there is no weak rival’ to ‘we can’t go wrong’, see clichés said by Brazilians after defeat