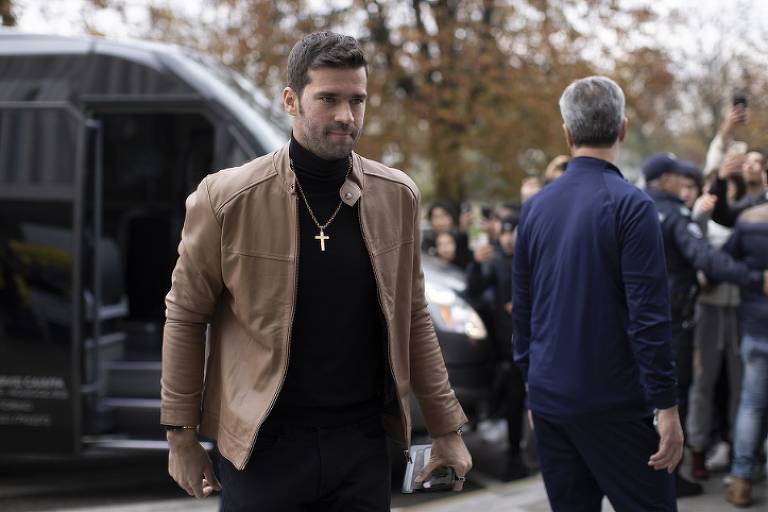 Hugs, smiles, autographs and delay mark the first day of the selection in Turin

The Brazilian team had a calm and emotionless day in Turin at the start of the short preparation period in Italy before the trip to Qatar for the World Cup.

Video made available by the CBF (Brazilian Football Confederation) shows the players arriving, smiling, at the hotel where the team is staying in the city.

When meeting their teammates and the coaching staff, each player did not skimp on hugs and greetings, and there were also some jokes.

Goalkeeper Alisson, who changed his look and trimmed his thick beard, when he came across Richarlison in the cafeteria, made a comment about his blazer: “Pigeon color”. A reference to the nickname of the English Premier League teammate, received after celebrating a goal by Brazil, years ago, in which he imitated, with his chest, the bird’s movement.

There were a few dozen fans nearby and in the lobby of the J Hotel, the facility that the team will occupy this week in Turin — whose daily rate for two varies, depending on the level of sophistication of the room, from R$590 to R$1,404, with breakfast included.

The players were friendly and receptive, signing shirts and taking pictures with the fans. Little known in Brazil, reserve defender Bremer, who plays for Juventus in Turin (as well as full-backs Danilo and Alex Sandro), was in great demand.

At first, 24 of the 26 chosen by Tite appeared to defend Brazil in the Middle East World Cup, in which the team will seek the sixth championship.

Neymar and Marquinhos arrived a few hours later, as the flight that would take them from Paris to Italy was delayed due to a mechanical problem – the aircraft had to be replaced.

The two, who are holders of the selection, did not participate in the light training that Tite commanded in one of the fields of the large and modern training center of Juventus, inaugurated in 2018. .

Marquinhos, who was out of Paris Saint-Germain’s game on Sunday (13th) for the French Championship, did not appear to have any physical problems and was willing to do some light exercises in the CT.

The first impressions that the team is having of the stay in Italy will be known this Tuesday (15th), when, after the afternoon training, there will be an interview with journalists at the hotel – it is still to be decided who will speak.

After preparing in Turin, the Brazilian delegation will board a chartered flight to Qatar on Saturday (19).

The World Cup debut will be on Thursday (24), at 16:00 (Brasília time), at the Lusail stadium, which is 28 kilometers from Doha, the Qatari capital. This arena has a capacity for 80,000 fans and will host the Cup final, on December 18, a Sunday.

Brazil and Serbia are in Group G, which also includes Switzerland and Cameroon. If they advance to the round of 16, Neymar and company will rival Portugal, Uruguay, Ghana or South Korea, members of Group H.

Facebook
Twitter
Pinterest
WhatsApp
Previous article
Disabled by the TCU, Mantega will volunteer in the transition; experts differ
Next article
Tajani: Immigration is a European problem