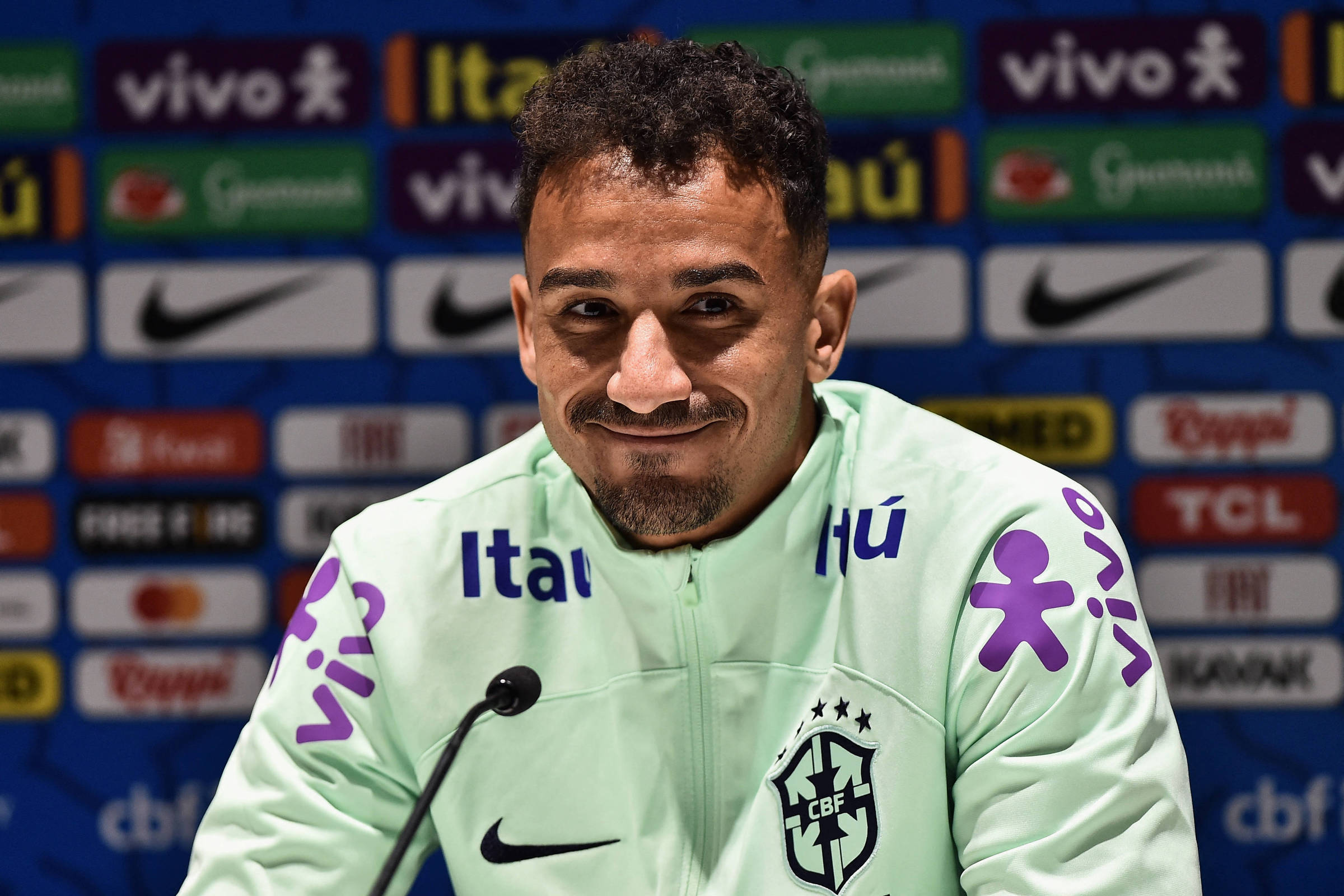 It is undeniable that we are favorites in the World Cup, says Danilo, side of the selection

In the first press conference of the final preparation phase for the World Cup in Qatar, which starts on Sunday (20), right-back Danilo, 31, said that the selection’s favoritism is undeniable.

He said he built that impression both on the results accumulated in recent years and on comments from players from other countries.

“I hear here at Juventus and I read a lot about it. We accept this responsibility. It is undeniable that we are favorites”, he said this Tuesday (15th), after training held in Turin, Italy, at the Juventus sports complex, where the selection stays until Saturday, when it leaves for Qatar.

“It’s undeniable by the numbers we’ve been doing, the winning streak, the names we have and the way we’re playing”, declared Danilo.

Danilo has been playing for the Italian team since 2019 and among his teammates are two athletes from Brazil’s first opponent in the Cup, the Serbians Kostic (wing) and Vlahovic (center forward).

According to the winger, in addition to Brazil, France and Argentina are part of the group of favorites for the title and, he believes, should also go far in the competition in the Middle East.

When answering an Italian journalist –whose team did not qualify for the Cup for the second time in a row– why he thought Brazil could win the sixth championship, Danilo stated that, for the players of the national team, the shirt has a different weight.

“When we enter the field, there is that feeling of being that boy who dreamed of playing for the national team and hugging the family with the cup in hand. That gives us strength”, he said, in Italian.

The player minimized comments about the fact that the selection, among the South American opponents, has not faced strong teams in its recent course. “Most of them play in Europe, they know the work and football developed here.”

Considered a starter, Danilo commented on the presence of Daniel Alves, 39, in the team. The call-up of the colleague who should be his backup was one of the most contested.

For the Juventus winger, Daniel is an important player on the field, due to his technical quality and leadership position.

“Daniel Alves has the power of resilience and an incredible ability to get back on top. He has characteristics that I am not in a position to give, like putting someone in front of the goal and discovering spaces, things that not even others, from other positions, has.”

With a well-articulated speech, Danilo was comfortable in the first pre-World Cup interview, largely because he felt at home. He joked about the fact that he lives 12 minutes from the Juventus sports complex.

As part of his physical and mental preparation, he commented that the practice of yoga is something he takes to the days of concentration.

In training this Tuesday, the players appeared calm, without effusive demonstrations of games and relaxation, whether due to concentration or the fact that he was the first with 25 of the 26 called up.

Regarding his position among the defenders, Danilo said that the presence of nine attackers in the group signals Tite’s confidence in the Brazilian defense.

The player also highlighted the importance of Neymar in the team, not only from a technical point of view. For him, the former technical dependency has evolved into collective work.

“He [Neymar] it makes the players next to him get bigger and play better. This side is not always seen, but he lifts the group up, gives us a lot of confidence. He has been in European football for many years and has developed a positive way of looking at every situation.”

training in the cold

With autumn in the Northern Hemisphere, the selection training took place with temperature below 10 degrees Celsius and humidity above 90%, around 3 pm local time (11 am in Brasilia).

At the same time, in Doha, the capital of Qatar, 29 degrees Celsius and 57% humidity were recorded.

Before the activities, Tite had a quick chat with the players, organized in a circle.

Defender Marquinhos, who missed out on Sunday for Paris Saint-Germain due to muscle discomfort, was spared most of the activity.

Neymar, who arrived in Turin late, along with Marquinhos, due to an aircraft problem in France, participated in almost all of the training.

Facebook
Twitter
Pinterest
WhatsApp
Previous article
Tsitsipas: “I made many effortless mistakes”
Next article
From flavor to flavor, founder of Festival Fartura wants to connect the country