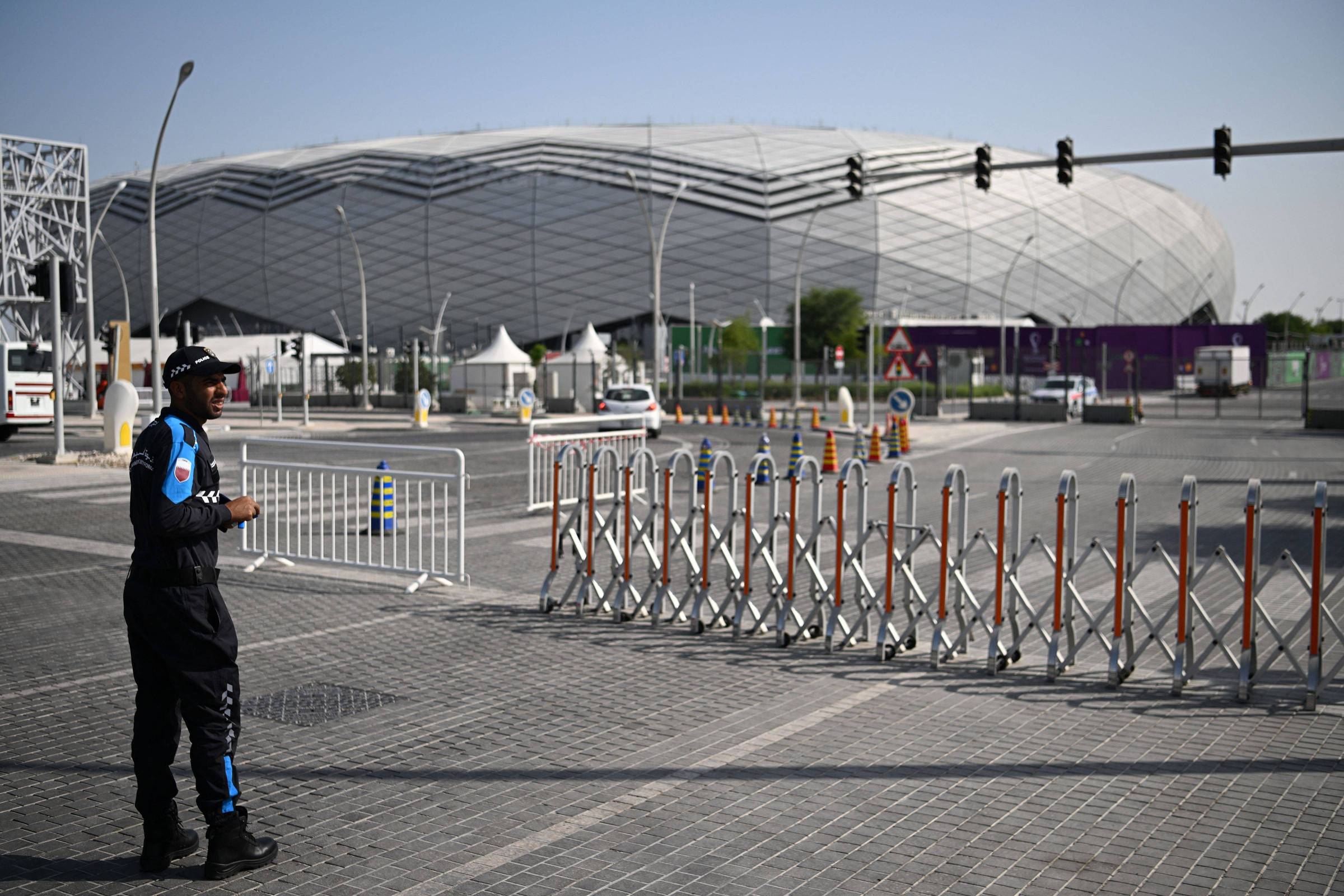 Concerned about security, Qatar seeks help from US, UK

Qatar train and metro stations dawn surrounded by bars this Wednesday (16). Overnight, there was a reinforcement in security and access control in the places that should have a greater flow of people during the World Cup.

There are also more police officers walking the streets, on foot and in vehicles, as well as agents circulating inside stations and subway cars.

In the region of Al Mansoura, 3 km from the center of Doha, a man in plain clothes approached the reporter and asked about his impressions about the country. Without saying his name, he showed in his pocket the lanyard of a badge similar to the one used by people accredited to work at the Cup.

“Have you had any problems in the places you’ve been to?”, asked the young man. “Are you enjoying your stay?” he added.

As part of preparations for hosting the tournament, the country has called hundreds of civilians, including diplomats abroad, into mandatory military service to operate hotspots such as stadiums and gathering places.

Recruits were trained to manage queues, search fans and detect contraband such as alcohol, drugs or weapons hidden in hair, jacket linings or even fake bellies.

Since 2014, Qatari men aged 18 to 35 have been training with the military as part of the mandatory military service introduced by Emir Tamim bin Hamad al-Thani.

Qatar also formed a partnership with 13 countries and created a large security structure. The United States and the United Kingdom are among the nations that sent men and air and naval assets. In all, the staff will have 49,000 agents.

The scheme also has a National Security Center, where around 15,000 cameras with facial recognition technology monitor all eight stadiums.

Part of protecting Qatari airspace will be done by the SkyDome anti-drone system, provided by DroneHunter, from US-based Fortem Technologies.

“The technical agreements are aimed at identifying and putting into practice the responsibilities related to the cooperation of the US armed forces to provide support for the event,” said the Ministry of Defense of Qatar.

British and Qataris, by the way, have a long-standing partnership, especially in the economy. In May this year, for example, the British government announced the signing of an agreement that will allow Qatar to invest up to 3 billion euros (R$ 16.5 billion) over the next five years in key sectors in the United Kingdom, such as fintech, zero emission vehicles, science and cyber security.

In return, the British government pledged to provide “significant military support throughout the World Cup”, according to a statement from the Ministry of Defence.

According to state television network Al Jazeera, 1.2 million fans are expected during the World Cup. It is almost half of the entire population of Qatar, made up of 2,700 inhabitants, 380,000 of whom are natives and the rest are migrants.

The foreign workforce was responsible for building much of the infrastructure to host the World Cup, in a process that led the country to be the target of intense criticism from human rights groups for denouncing situations similar to slavery.

This Wednesday (16th), the international press also covered the action of Qatari security guards against the Danish reporter Rasmus Tantholdt, from Denmark’s TV2, who was threatened while appearing live on television. Officers approached him in a golf cart, stopped the footage and said they would destroy the team’s camera.

The professional presented the credentials to work at the Cup, in addition to the license to film, but even so, the agents put their hand on the camera lens.

“You’ve invited the whole world here. Why can’t we film? It’s a public place. You want to break the camera? Go ahead. You’re threatening us,” said Rasmus.

The Supreme Committee of Qatar issued a formal apology to the television crew for what had happened.

After the episode, the advisory of the Supreme Committee for Delivery and Legacy reinforced in a press release that even accredited professionals need prior authorization to “record images and interviews, produce reports or make live entries in the Doha metro”.

Situations like these run counter to the Qataris’ main objective in hosting the World Cup. With no football tradition, as the country’s main sport is camel racing, the World Cup is part of a major effort to improve the nation’s image abroad and diversify the country’s economy.

Qatar’s geographic location is another factor of concern regarding security. The tiny state shares a gas field with Iran and a land border with Saudi Arabia. To the south is the United Arab Emirates, with which Qataris have a history of rivalry and conflict.

To the northeast is Kuwait, an equally small state that, after being invaded by Iraq in 1990, ended up warning Qatar about the risks of being a small nation with no international representation in the region.

It all explains the efforts to ensure the World Cup goes off without a hitch for tourists around the world.