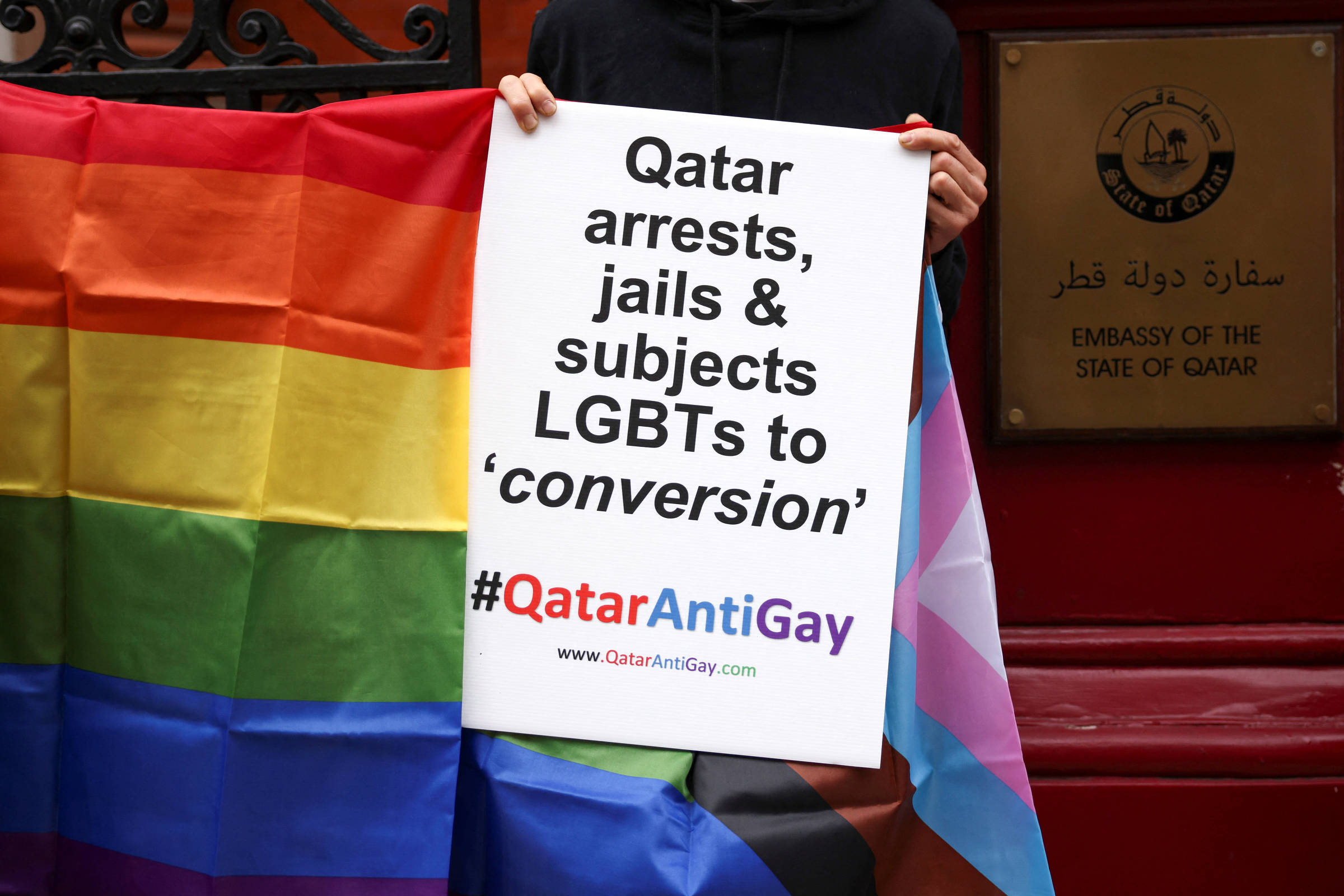 On the streets of Doha, capital of Qatar, women are frowned upon if they do not comply with dress codes, which indicate avoiding showing shoulders and clothing above the knee. The international gay community is not significantly present.

The city is a construction site, something that draws attention especially since this is a country that has been the target of reports that thousands of immigrant workers who were dedicated to preparing the World Cup have died, according to the organization Human Rights Watch. According to the institution, they earned low wages and had exhausting hours.

The 2022 World Cup is one more step for Qatar to use sport, money and political influence to build its image of power in the world.

Years earlier, Qatari tycoons created Qatar Sports Investments, a state-funded investment fund that would, more than a decade later, be considered the owner of one of the most expensive football teams in the world, Paris Saint-Germain.

For Reginaldo Nasser, professor of international relations at PUC-SP and specialist in the Middle East, the 2022 World Cup is a way for the regime to soften the criticism it receives for violations of rights and behavioral prohibitions that it establishes.

The professor claims that placing oneself in the world through sports and other types of financing is an old strategy of the local government, which also supports educational and cultural institutions in the West as a way of gaining influence over countries.

“It has a style of that Arab elite [qatari] funding universities, cultural issues. And the sport, for some time now, came along.”

Arlene Clemesha, professor of Arab history at the FFLCH (Faculty of Philosophy, Letters and Human Sciences) at USP, says that the Cup is an attempt to strengthen this policy of inserting Qatar in the world, because, due to its production of oil and gas , the nation needs to balance between powers.

Using sport to rebuild a reputation is called “sportswashing”, an age-old strategy used by governments, particularly autocrats, to change their image in the international community.

From the choice of the country as host, in 2010, until now, however, the country has been buried by denunciations.

Activists urged a boycott of the championship and said that a regime like the Qatari, which did not support basic human rights for women, migrant workers and the LGBTQIA+ community, could not stage such an event.

Clemesha, who was also director of the Center for Arab Studies at the São Paulo university, says he believes that the country’s original plan was for the Cup to strengthen its image of power in the world, using sport to sell the nation.

Questioned, however, the professor says that, given the allegations of human rights violations, the country is left to try to use the Cup itself to “clean up its coast”.

“But I don’t know if now he will be able to change anything in terms of image. It has already become clear to the world that parameters of minority rights that are established in many countries do not exist in Qatar.”

The exposure that Qatar suffered during the preparation for the World Cup had an effect at least in terms of labor rights in the country. After pressure from international organizations and damage to the government’s image with the death of workers, in 2017, Qatar took on labor reforms.

The country signed an agreement with the International Labor Organization pledging to revise its labor laws for immigrants, bringing them up to world standards, according to Amnesty International.

However, a communiqué from the organization, from October this year, asked the Qatari authorities to reassume their commitment to finalize the promised reforms.

This Saturday (19), the president of FIFA, Gianni Infantino, said that he sees as hypocrisy the criticism of Qatar due to the allegations about the situation of migrant workers. In a long speech, the Swiss-Italian began by saying that Europeans should apologize for the next 3,000 years for their own stories before “starting to lecture”.

Other points criticized have not seen significant advances, according to international organizations. One is how the country treats homosexuality. In Qatar, being gay is a crime punishable by death.

Since the announcement, part of the LGBTQIA+ community has called for a boycott of the event due to violations of rights suffered by members of the group by local security forces.

In September, Emir Tamim bin Hamad Al Thani said gay supporters from around the world were welcome “without discrimination” in the country, in a bid to allay fears of activists.

A month later, Human Rights Watch issued a statement claiming that Qatari security forces arbitrarily arrested gay, lesbian, bisexual and transgender people in the same period that the emir assured the world of the community’s safety.

In November, former Qatar international and World Cup ambassador Khalid Salman called homosexuality “mental damage”. He added that being gay is a “haram”, a forbidden sin in Islam.

For researcher Ryan Centner, professor at the LSE (London School of Economics and Political Science) and specialist in transnational urban development and inclusion, such manifestations are a way of transforming the country’s culture into a weapon of the regime against this community.

Centner points out that these lines assume that there is no homosexual community in the area, which he says is a lie. The theory sold by the government, however, reinforces the idea that being LGBTQIA+ is a mistake on the spot.

“When Qatar says ‘you must respect our traditions’, it is implied that living or identifying in any way as gay or any other similar label is against Qatari culture and tradition,” says the expert, who conducted research on how men Western gay men relate in Dubai and visited Qatar during the period, although he did not formally research the country.

Another point of tension for the regime in relation to the World Cup is the situation of women. Professor Arlene Clemesha points out that the country is seen as more liberal compared to other Islamic nations. Therefore, she believes that tourists should not have serious problems if they do not strictly follow the indicated dress codes.

“The problem is further down if we are going to talk about women’s rights, the problem is outside the Cup. For example, if a person in transit has a relationship with someone, is not married and becomes pregnant, he is arrested”, he says.