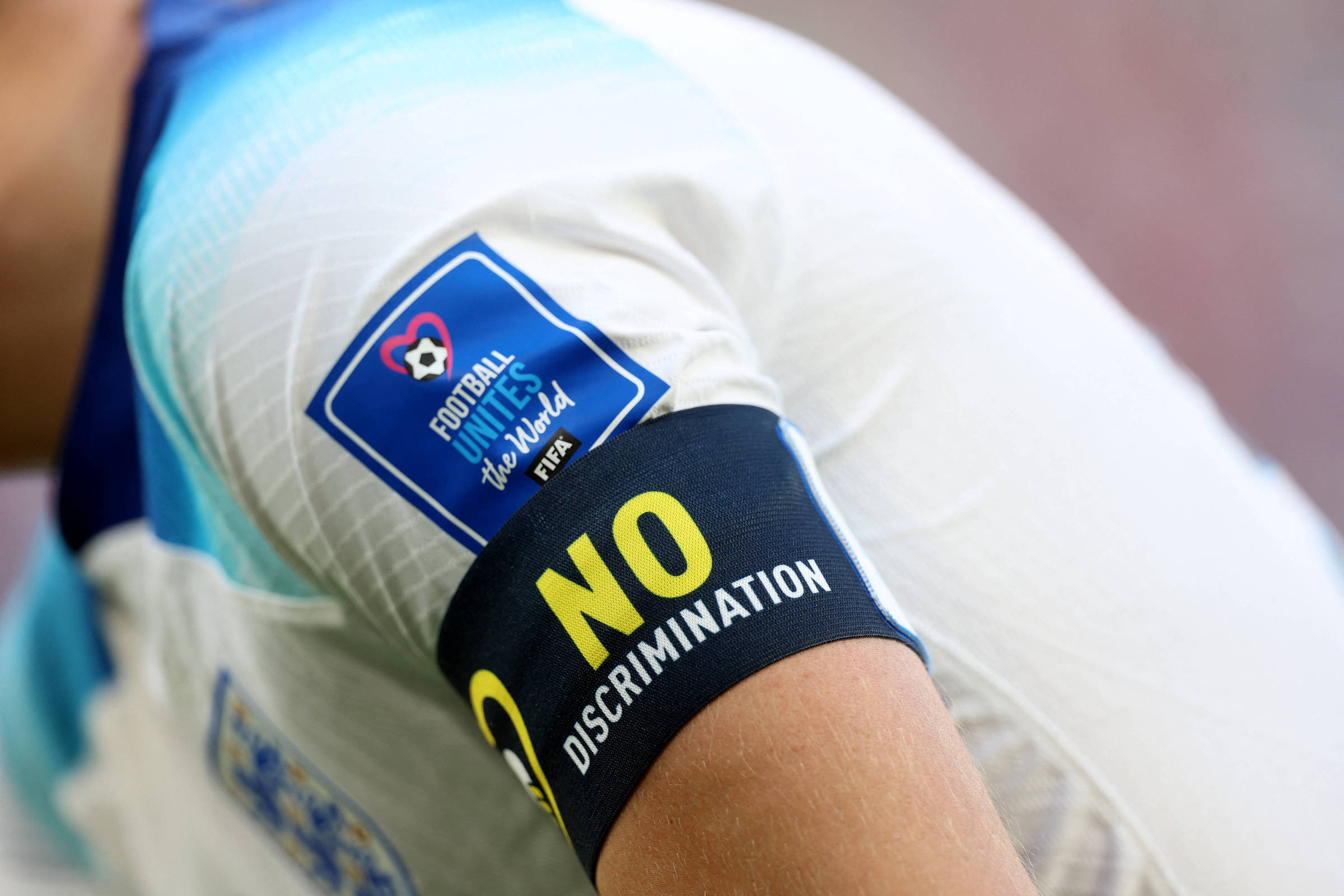 Controversy with VAR, goalkeeper failures and absences due to injury have already appeared in this World Cup, but, until now, the political facet is the highlight of the event.

Several teams planned protests against Qatar for the constant violations of human rights.

In the most recent arm wrestling, Fifa interfered in the action of seven European countries, which would enter the field with the rainbow armband, in support of LGBTQIA+ causes, with the inscription One Love.

The entity that organizes the competition said that captains who entered with the armband would receive a yellow card.

In a joint statement, the federations of the seven Europeans said they were “prepared to pay fines, which they normally apply for breaches in the uniform rules”.

“However, we cannot put our players in a situation where they could be booked or even forced to leave the field,” said England, Denmark, Netherlands, Belgium, Wales, Germany and Switzerland.

In this Monday’s games (21), with the first Europeans on the field, Harry Kane (England) and Virgil van Dijk (Netherlands) wore only armbands with the inscription “no discrimination” (“no discrimination”), provided by the company itself. FIFA as a way to quell the protest.

“We are very frustrated by FIFA’s decision, which we believe is unprecedented. We wrote to FIFA in September stating our desire to wear the One Love armband to actively support inclusion in football, and we have had no response. disappointed. They are strong supporters of inclusion and will show their support in other ways”, said the Europeans’ note.

Europe participates in the World Cup with 13 countries. Captain Lloris of France had already said that he would not wear the rainbow armband. Poland, Serbia, Croatia, Spain and Portugal did not take a stand.

Even before the start of the first World Cup in the Middle East, Europeans were already protesting against the conditions given to workers assigned to stadium and infrastructure works. According to Amnesty International, thousands died. They did not have access to medical care, adequate wages, labor justice and were forced to work exhausting hours.

In March 2021, Norway, by scorer Haaland, entered the field wearing a T-shirt with the words “human rights, on and off the field”.

“Many [jogadores] are interested in the subject, they care and they want to do something to try to contribute”, commented Odegaard, Arsenal starter.

Norwegian clubs even wanted the team to boycott the World Cup – it was not necessary, since the team did not qualify for the continental qualifiers.

If the Europeans backed down from the armband protest during the World Cup for fear of FIFA sanctions, there is nothing football’s highest body can do against Denmark.

The selection commanded by Eriksen will enter with a uniform with the badge of the team and of Hummel, a Danish supplier of sporting materials, practically invisible.

“We don’t want to be visible during a tournament that has claimed the lives of thousands of people. We support the Danish national team until the end, but we don’t support Qatar as host. We believe that sport should bring people together, and when that doesn’t happen, we want to make a stand”, posted the brand when launching the uniform.

Two weeks before the premiere, the Danes made yet another attempt to protest. They wanted to train in Qatar wearing a T-shirt with “human rights for all” written on it. This time, FIFA barred it.

“We believe that the ‘human rights for all’ message is universal and not a political appeal, but something everyone can support,” said Jakob Jensen, president of the Danish FA.

Belgium’s number 2 shirt was barred by FIFA two days before their debut in the World Cup, this Wednesday (23), against Canada. The selection’s second shirt, white, won the inscription “love” (“love”) on the inside of the collar.

“The Belgian national team will play in the red home shirt for the first three games,” said national team spokesman Stefan van Loock. If Belgium advances, the issue will be resolved, completed the Belgian.

And the protests at the Worlds are not restricted to the hosts. This Monday (21), the selection of Iran refused to sing the anthem in the opening match against England.

The action was a way of showing solidarity with the wave of demonstrations that have taken place in the country in recent weeks, since the death of young Mahsa Amini, a 22-year-old Kurd killed by the moral police, in Tehran, for violating a law that imposes a code of clothing.

The protest was not restricted to the four lines. Many male and female fans carried banners and flags with slogans such as “freedom for Iran” and “women”. In another, the words were “woman, life and liberty”.

If players and fans demonstrated against the Iranian regime, the national team coach, the Portuguese Carlos Queiroz, went against the flow.

In the interview on the day before the duel with the British, he was asked about women’s rights in Iran. The coach got up uncomfortable, and before leaving the press conference, he replied to the journalist that he “should also think about what happens to immigrants in England, how they are treated”.

On the Brazilian side, any protest or position in favor of human rights would be a surprise.

Before the start of the World Cup, FIFA wrote to the federations asking them to focus on football during the Cup, and not let the sport be dragged into ideological or political issues. The selection, which opens this Thursday (24) against Serbia, seems to have heeded the warning.

Facebook
Twitter
Pinterest
WhatsApp
Previous article
Opinion: Letter to President Lula
Next article
Confident in their own attack, Serbs say they are not afraid of Brazil in the debut