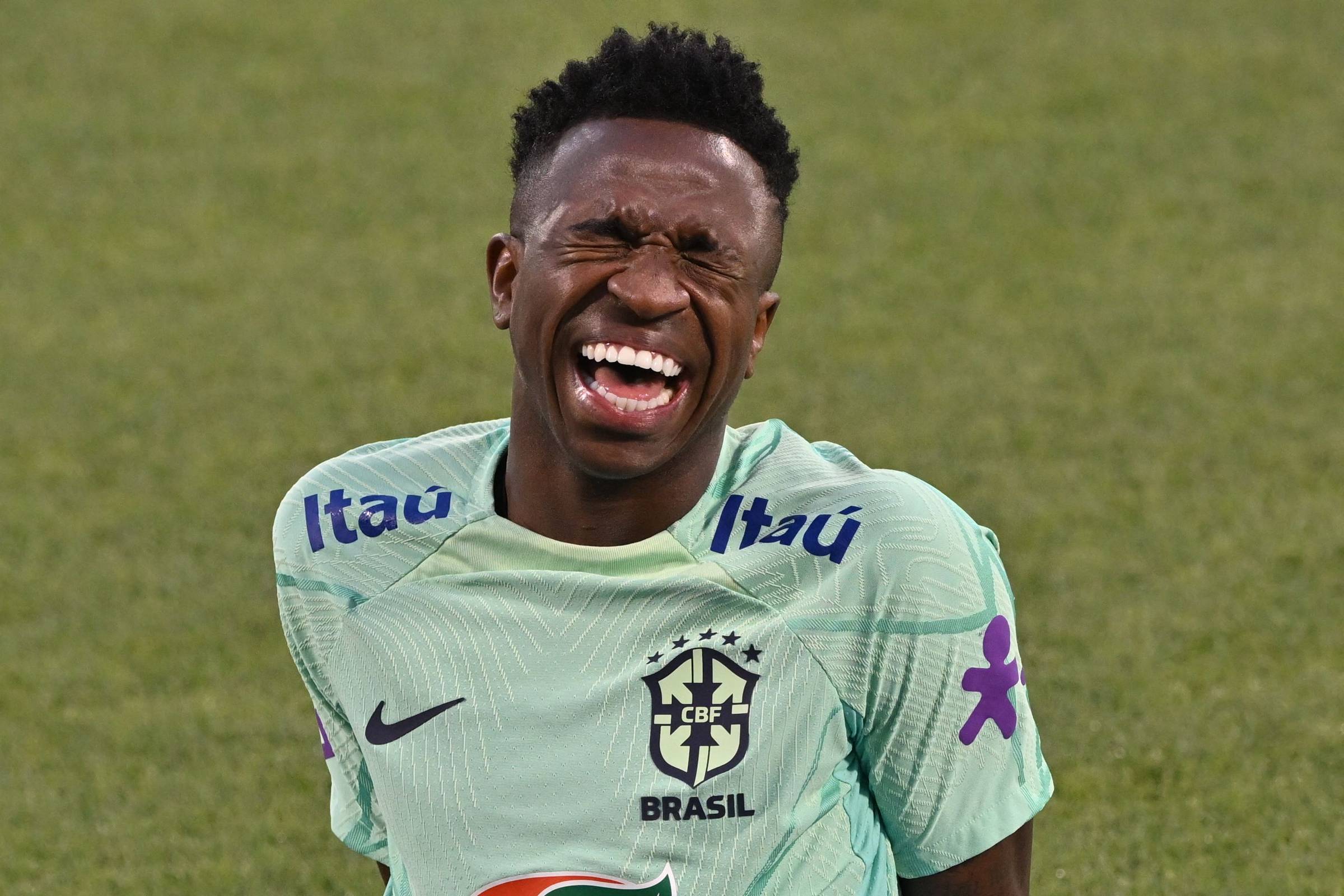 Brazil will face Serbia on Thursday (24th) in the opening of the World Cup with Vinicius Junior among the starters. That’s what Tite did today (22nd) in the penultimate training session before the match scheduled for 4 pm (from Brasilia). Thiago Silva will be the captain.

With that, Fred loses his place in midfield and Lucas Paquetá will compose the sector alongside Casemiro. The team will be as follows: Alisson; Danilo, Thiago Silva, Marquinhos and Alex Sandro; Casemiro, Paquetá and Neymar; Raphinha, Vinicius Junior and Richarlison.

The lineup had already been tested on Monday (21) also in closed training for the press. Initially, Tite’s intention is not to publicly confirm this team. He will give a press conference on Wednesday (23) alongside Thiago Silva.

The choice of Thiago Silva as captain of Brazil follows a line of reasoning that considers the player’s experience in the Brazilian national team. Thiago is 38 years old and, in that regard, he would only lose to Daniel Alves, but the right-back is Danilo’s reserve. Tite gave up the rotation.

The commander has already made it clear that it won’t take long to make changes to the team if he doesn’t approve of the performance and said that this is one of the lessons he took from the last World Cup.