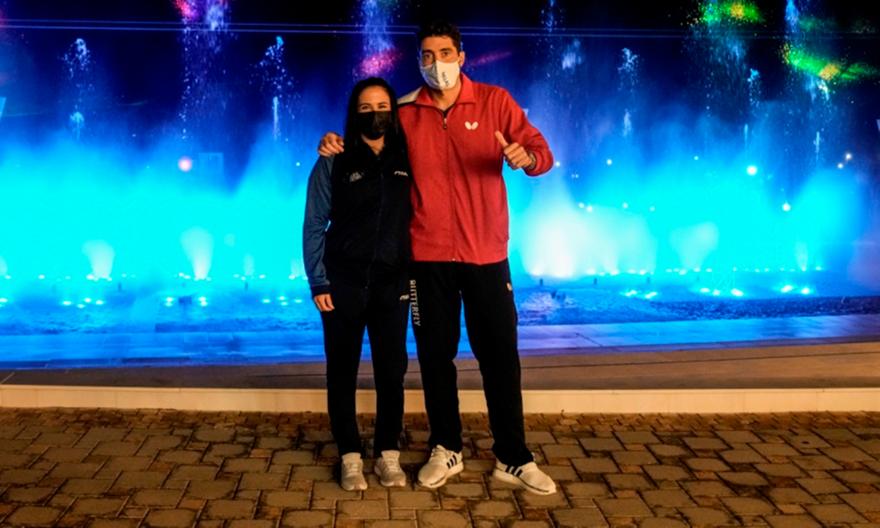 Gionis and Toliou at WTT Feeder table tennis in Dusseldorf

From Tuesday to Friday, World Table Tennis is holding another Feeder in Dusseldorf, as it did with two consecutive of this level at the same place at the beginning of the year. Greek table tennis will be represented by its two top names in the world ranking, Panagiotis Gionis and Katerina Toliou.

Both left on Monday for the city of Germany and will seek as much as possible a better course in the singles through new remarkable performances. Together with Gionis, the national federal coach of the men, Kostas Vatsaklis, is going to Dusseldorf. The matches will be held at “Deutsches Tischtennis- Zentrum Dusseldorf”.

In the men’s singles, Gionis, who after the recent Contender in Slovenia re-entered the first 100 athletes of the international ranking list and is at number 98, is directly on the main board of “64”. In total, 40 athletes immediately went to this stage. In the first round, the draw pitted the top defender against Austrian Andreas Levenko.

The match takes place on Wednesday, but the times have not yet been announced. If Gionis wins, then he will meet in the “32” Feng Yi Xin from Taipei. Two Germans are the first favorites of the competition, Dimitri Ovcharov and Ruen Filus respectively.

In the women’s singles, Toliou is at the bottom of the qualifying table. She has a “bye” in the first round and in the “32” she will face the winner of the Ana Codina (Argentina)-Hanna Holgersson (Sweden) match on Tuesday. The match is scheduled for 15:50 Greek time.

At the base of the board is the Korean Yun Hyobin, whom our champion will probably meet if she makes it to the third round of the qualifiers.

Facebook
Twitter
Pinterest
WhatsApp
Previous article
Opinion – From Grain to Grain: Is it worth taking risk in your portfolio or is it better to focus on fixed income?
Next article
Giroud celebrates France’s confidence to come back against Australia

Brazil ranked and another day of surprises; see summary and statistics of the day