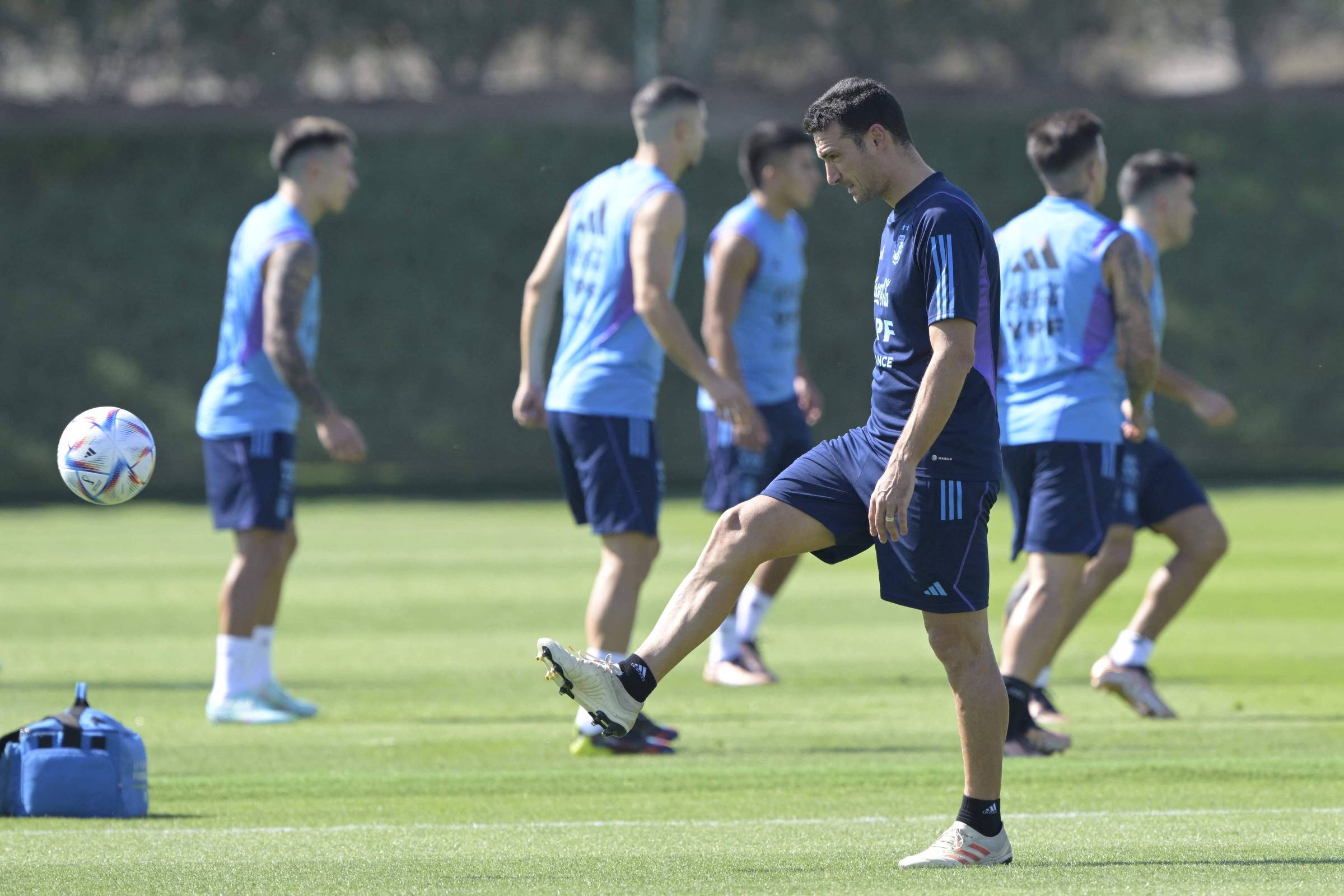 To respond to rumors of a possible disagreement with Lionel Scaloni two months before the World Cup, the president of the AFA (Argentine Football Association) acted quickly. Claudio Chiqui Tapia announced the continuity of the coach’s work until the 2026 World Cup.

It was a logical decision. Under the command of the former La Coruña (ESP) winger, the team had won the 2021 Copa América and thus ended a 28-year title drought. He also won the first Conmebol-Uefa final by not only defeating Italy 3-0 at Wembley, but doing so with ease in the second half.

Scaloni has the cast in hand. That means also having the confidence of Lionel Messi. He arrived in Qatar with 36 games and more than three years of unbeaten record.

Everything fell apart in the opening of the World Cup, against Saudi Arabia.

In Buenos Aires, the team was accused of pride by the small part of the country’s sports press that does not play with the national team. Striker Sergio Agüero, who is Messi’s best friend in football and is in Qatar as a commentator, published a message on social networks implying that he was barred in an attempt to visit the delegation at the University of Qatar.

After the 2-1 defeat in the debut, the Argentines breathed a sigh of relief with the 0-0 draw between Mexico and Poland, the other teams in Group C. Next Saturday (26), Argentina will face the Mexicans in the same Lusail stadium which was the scene of the historic zebra played by the Saudis.

“We wanted to come here and win every match. Now we’ll have six World Cup finals,” said goalkeeper Emiliano Martínez, citing the number of matches needed to win the title.

Argentina has not been eliminated in the group stage since 2002. At the time, as in 2022, it was named as one of the favorites and reached the World Cup in a big way.

Four years ago, in Russia, the team led by Jorge Sampaoli flirted with an early fall and only advanced to the round of 16 thanks to a saving goal by defender Marcos Rojo in the 42nd minute of the second half against Nigeria.

“The World Cup is played like this. We knew something like this could happen,” said Lionel Messi. It was a sentence as strange as the one said about the Argentine goal, scored ten minutes into the first half: it came “too soon”.

On the return to concentration after the setback in the debut, the concern of the number 10, captain and leader of the squad, was to cheer up the younger ones, those who are competing in the World Cup for the first time, like Julian Álvarez, Cuti Romero and Rodrigo De Paul.

Elimination in the group stage would mean, in addition to Lionel Messi’s melancholy farewell in World Cups, a threat to a project that, according to the AFA, is long-term. The pressure on Scaloni, a coach with no previous club experience who was only a peripheral member of Sampaoli’s commission in 2018, would be considerable.

To try to make the players forget the tensions of the tournament, the presence of relatives in the concentration this Wednesday (23), the day after the defeat against the Saudis, was released. Some displayed photos on social media.

Messi asked the fans to continue believing in Scaloneta, nickname that earned the team led by Scaloni. It is no consolation to him, but in the first game in Qatar he became the fifth player to score goals in four different World Cups. Before him, only Pelé, Cristiano Ronaldo and the Germans Uwe Seeler and Miroslav Klose had achieved the same.

It could have been cause for celebration, but the brand was forgotten in the lamentations over the unexpected defeat. Not even the truco matches, which Messi hates to lose, were held at the University of Qatar on Tuesday night (22).