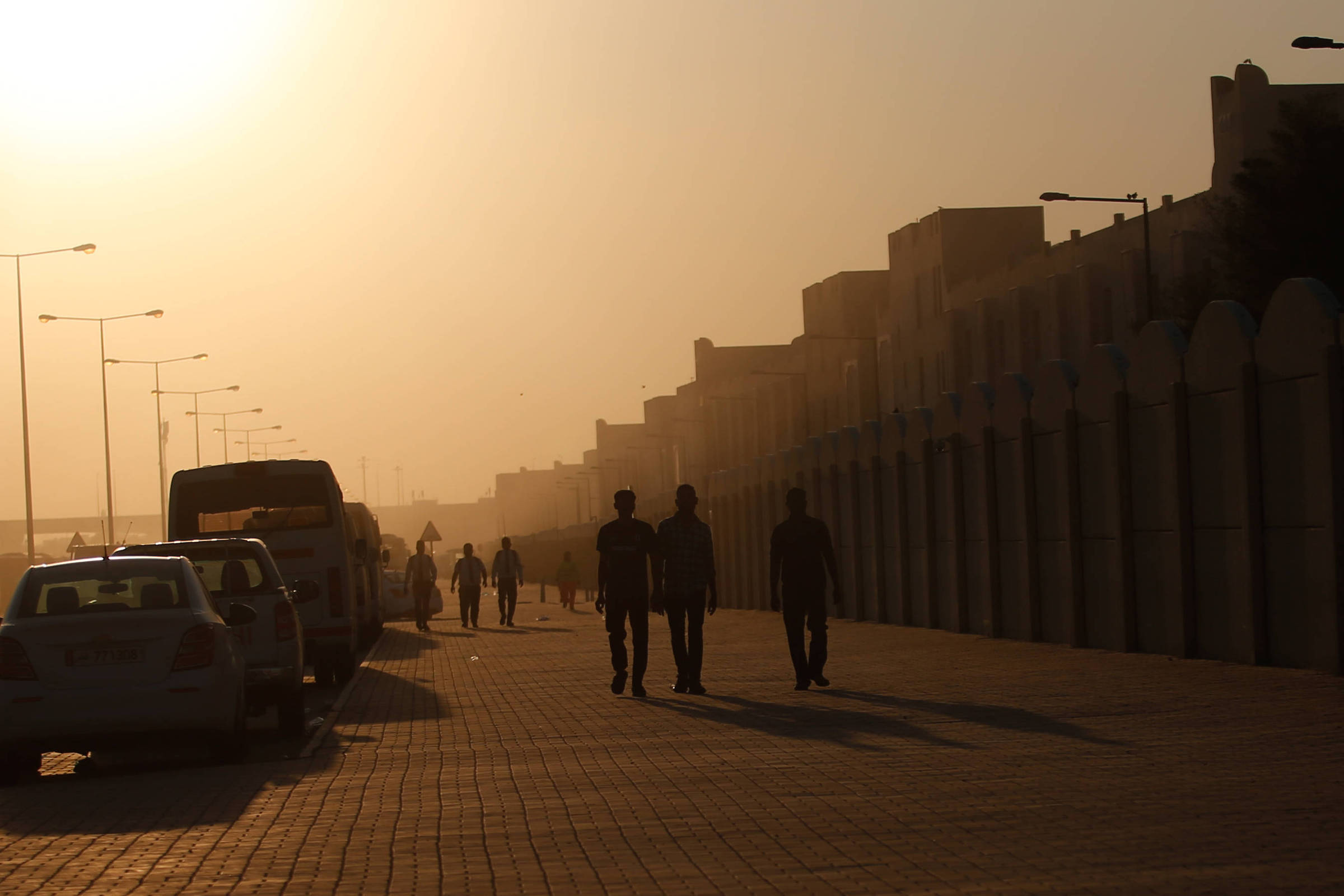 Migrants feel difference with labor reforms in Qatar, but progress is lacking

Abdu Rahaman, 50, first set foot in Qatar in 2016. He traveled from his native Ghana to work building water reservoirs for the 2022 World Cup. the money to support his family was what convinced him.

Father of 14 children and husband of three wives, the Muslim with a silver tooth accepted a work contract that did not provide for water, food or even medical care in case of accidents.

In civil construction, he says he saw a boy from Nepal, who also worked to build the World Cup, die. The young man was trying to place a large pipe on top of a truck, when the structure fell on him. Still, Rahaman remained working.

Violations of the rights of migrant workers at the World Cup were one of the arguments that led to the questioning of whether Qatar was the right country to host the World Cup in 2022.

Workers who arrived after 2017, however, when the country initiated labor reforms in response to international pressure, feel some differences in relation to colleagues who arrived earlier. International organizations recognize advances, but claim that there is still a long way to go for an effective implementation of changes in labor laws.

Ali (fictitious name), born in Bangladesh, for example, arrived in the country in 2019, when the labor reforms proposed by the Qatari regime had already been initiated. His contract gives him access to medical care paid for by the company if he is involved in an accident, and he received tickets to Qatar.

The advances, however, did not avoid dramatic scenes. Since his arrival, he has seen two fellow countrymen die while building the World Cup. In addition, even after crossing the continent to provide services, she has to pay for her own housing in the complex in Asian Town.

The neighborhood was designed for construction and infrastructure workers from other Asian countries such as Sri Lanka, Bangladesh, Nepal, Pakistan and India. The site, a mixture of construction dust and desert, has a condominium for migrants in which the buildings are small identical blocks in shades of beige. The entrance is controlled by security guards.

Next to it are a parking lot for abandoned buses and a cricket court, a popular sport in the homeland of many of them. When designing the city, the Qatari government tried to keep close to its main needs: physical activity through sport, housing in the workers’ complex and leisure through a shopping center called the Grand Mall.

The space dedicated to immigrants has restaurants that resemble pubs, spaces for buying electronics, some simple shops and several banks for immigrants to send money to their families abroad. Like other spaces in the region, women are rare. Even so, the mall is the main point of coexistence in the late afternoon.

The cricket field next to the space was chosen by the local authorities for the installation of the neighborhood’s Fan Zone, where migrant workers gather to watch the World Cup games.

Wearing Argentina’s shirt and upset by the unexpected defeat to Saudi Arabia last Tuesday afternoon (22), Ali is one of those excited about the World Cup. He didn’t get tickets from the company, nor is he in a position to buy them, but he intends to watch the matches.

Wants to go back to Bangladesh but doesn’t know when. The young man, in his twenties, did not want to be identified for fear of losing his job at the construction company. Many workers are afraid to talk about their working conditions due to the regime’s repression and to keep their jobs.

“I wouldn’t mind working with this for the rest of my life here, but not in another country,” he says, noting that his life in Doha is better than his days in his homeland.

Money was the main attraction for migrants who worked on building the Cup, with payments higher than those they received in their countries of origin. Rahaman’s salary, for example, was 2,000 in Qatari rial, the local currency (about R$3,000), which he says is enough to support his 14 children and three wives.

The country carried out a large construction and infrastructure program to put cities on their feet and prepare for the World Cup. In addition to stadiums, it brought immigrants from poor nations to build streets, roads, public transport systems, hospitals, airports and hotels.

Reports of violations of the rights of migrant manual workers during this process generated international pressure, which led the country to propose labor reforms in 2017. Qatar signed an agreement with the International Labor Organization (ILO) to pledging to revise its labor laws for immigrants, bringing them up to the world standard, according to Amnesty International.

An Amnesty statement from October this year, however, asked the Qatari authorities to recommit to completing the promised reforms. The institution says it recognizes “remarkable improvements”, but that the lack of full implementation still weakens the work of immigrants, who work up to 18 hours a day in sectors such as security.

The organization also indicates that thousands of workers died during the preparation of the World Cup, and that many of the deaths remain unclear. They also do not have the right to join unions, according to Amnesty.

Indian Sanjay Saini, 38, arrived in the country in 2016, a year before the proposed reforms, but when the rights of immigrant workers were already at the center of the debate over the World Cup. Sitting a few feet away from nearly a dozen stores that transfer money abroad on the Grand Mall, he reflected on his journey building the stadiums.

On normal days, his shift lasted around 10 hours a day, but could reach 15. The Indian had no support from the company that brought him in – not even medical care for accidents at work, water or food.

Father of two children, he lost all of his childhood to work, but he travels every 6 months to see them again. He has plans to return permanently to India in 2023.