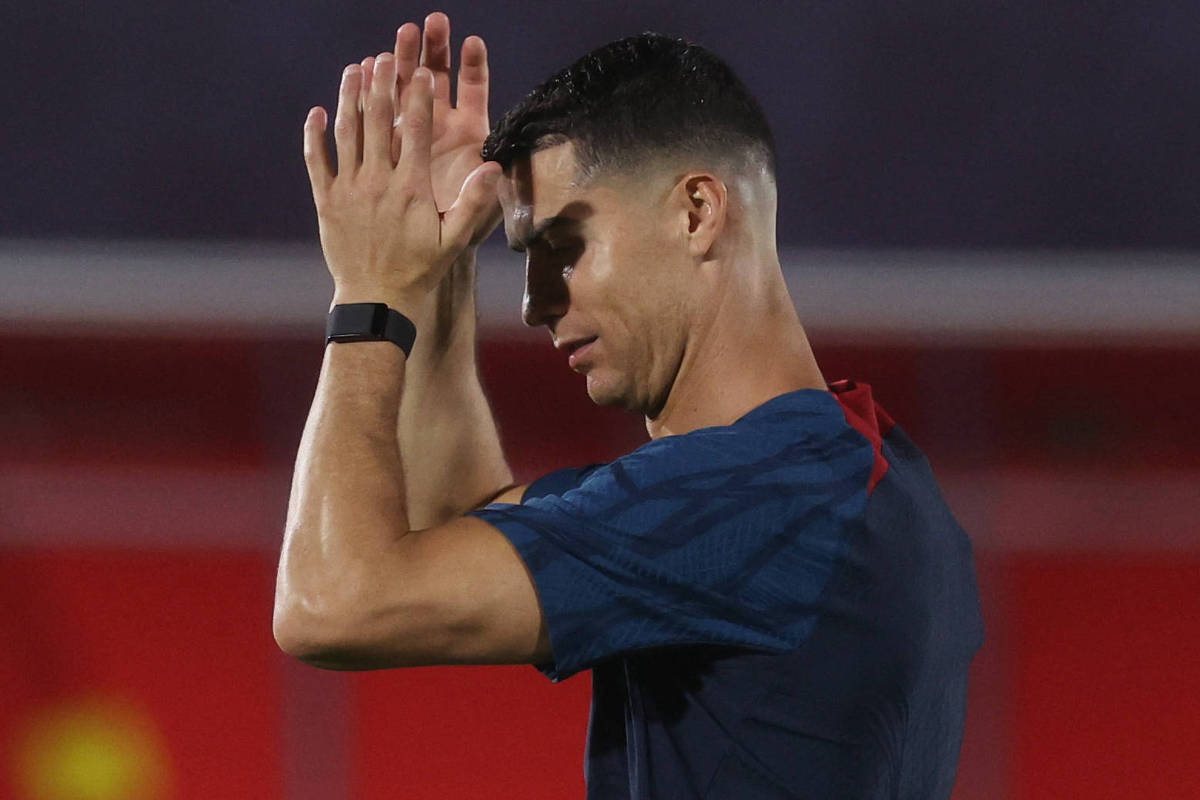 First was Bernardo Silva. Then Rúben Neves, Bruno Fernandes and, finally, coach Fernando Santos. Since Portugal’s arrival in Qatar, all those who were questioned about Cristiano Ronaldo have avoided making any criticism of the star.

More than preventing the striker’s dispute with his –now– ex-club Manchester United from contaminating the national team’s environment, there is enormous respect for the number 7 shirt among the Portuguese for everything he represents for the country.

Since Cristiano Ronaldo debuted for the national team, Portugal has never been left out of a major tournament.

The striker led his country to the first two official titles for the main team, the Euro and the Nations League, and now has the chance to reach the top with the World Cup.

The debut of the Portuguese will be this Thursday (24th), at 13h (Brasília time), against Ghana, at stadium 974, in Doha.

It will be the fifth World Cup for the star player, who changed the status of the Portuguese in the international football scene. It is no exaggeration to say that the history of Portugal is divided into two distinct moments, before and after his debut.

It’s been 19 years since he first wore the Portuguese jersey. He didn’t even own the number 7 shirt when Brazilian coach Luiz Felipe Scolari put him on in the second half of a friendly against Kazakhstan in 2003.

The then number 16 replaced Rui Costa, a historic idol in his country, and right away he showed his skills. He made opponents’ defenses hell with his dribbling and speed.

Until that moment, Portugal had a modest history in football, with participation in only three World Cups and three Euro Cups, between 1930 and 2002.

During this period, his greatest glories were the third place in the 1966 World Cup, his best performance in the tournament until today, and the individual consecration of Luís Figo as the best player in the world in 2001.

Already with the number 7, there are five Cups and five Euros in a row, including the historic campaign of 2016, when he won the competition of European teams for the first time.

In addition to this, Cristiano’s individual titles are a source of pride for the Portuguese, especially the five times he was voted the best on the planet. He is also the player with the most goals for a national team (117), and the all-time top scorer in the Champions League (140).

It is a curriculum that contrasts with the current moment he is experiencing, at least, in his trajectory for clubs. Right now, he can consider himself unemployed.

The break with Manchester United occurred after a controversial interview he gave to a British TV program, in which he criticized the structure of the club, said he felt betrayed by some people and detonated coach Erik ten Hag, whom he said he did not respect – for not feeling respected.

Despite this, according to the English team, the shutdown occurred in “common agreement”. The athlete, on the other hand, valued his trajectory in the team, but said that it was also the right time to go.

The player’s conversation with journalist Piers Morgan took place days before the Portuguese debut in the Cup. According to the player, “timing is always timing”.

He even believes that the Portuguese squad was not and will not be influenced by his individual issues. “Everyone has known me since I was 11 years old. Everyone really wants this competition, everyone wants to play, which is something I like to see, the ambition is very high.”

In the wake of the ace, a generation emerged with him that made Portugal stop being an extra in the tournament for a team that can really dream of the title. It is with this condition that the team arrives in Qatar.

Names like Bernardo Silva, Bruno Fernandes, Rafael Leão and company no longer enter the field in fear of more traditional opponents, such as France, defeated by Portugal in the Euro final, or the Netherlands, surpassed in the Nations League 2019 decision.

If not all, most have incorporated the winning mentality –often accused of being self-centered– of Cristiano Ronaldo. The star himself recognizes this.

“This team has enormous potential. We can do something big for our country.”