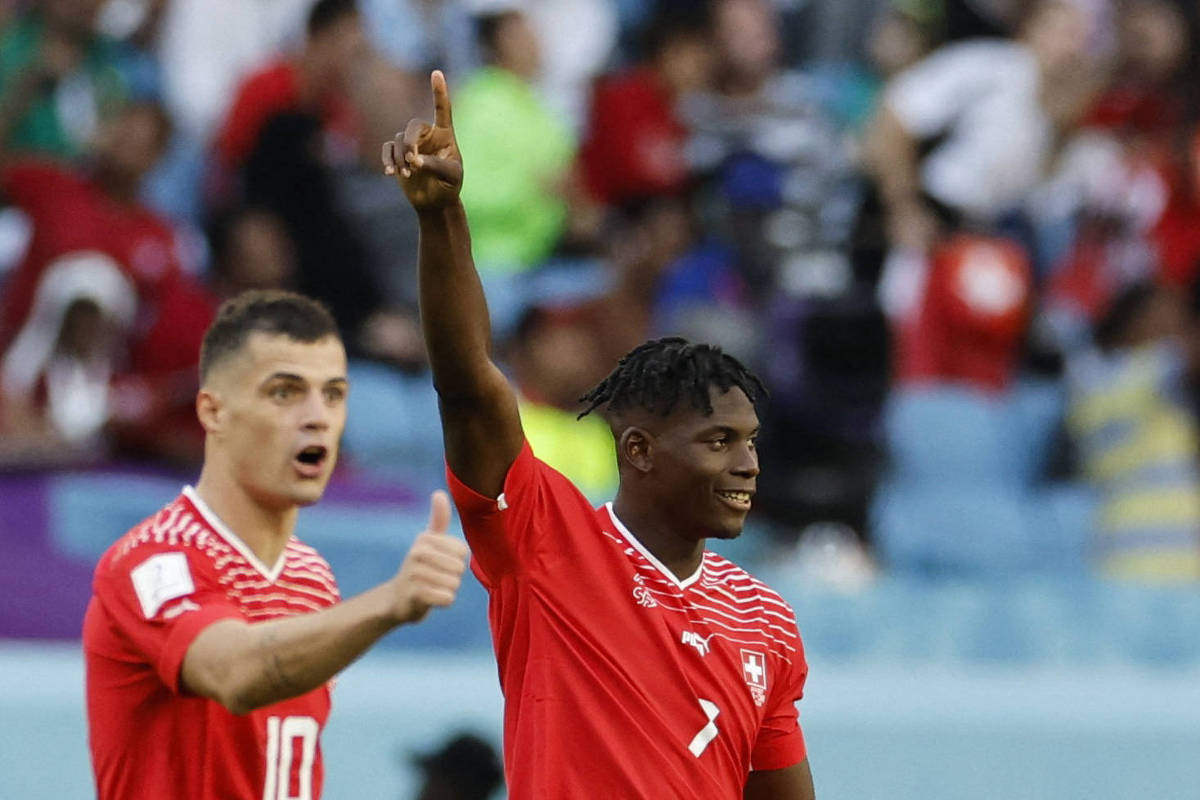 Embolo case: see Fifa rules for athlete to play for national team from another country

When Breel Embolo scored Switzerland’s goal against Cameroon, he didn’t celebrate. Born in the African country, he moved to Europe with his mother and became a Swiss citizen in 2014, a national team he has defended since youth.

In addition to him, other players are in a similar situation, such as Portugal players Pepe, Otávio and Matheus Nunes — all born in Brazil, but with dual citizenship. Morocco leads the statistics of naturalized players, with 14.

In general, this year’s World Cup has 138 athletes defending other flags, according to a survey by Delta Folha.

But how do these rules work? Most players are able to make this change when they are under 21.

A player can start defending another country even if he has already played in the base categories of his home nation (up to under-21), as long as he already has the citizenship of the country he wants to defend in professional football.

If that player does not already have the nationality of the new country, he can still make the change. It will be necessary, however, that the age be less than 21 years old when playing for the first time for the nationality that you intend to embrace.

Athletes who have lived in a different country for five years or more, as is the case with Otávio and Matheus Nunes, can also defend another nationality.

Otávio was called up by Alexandre Gallo for the under-20 team. He obtained Portuguese nationality in March last year, seven years after arriving in the country, and became an important part of Fernando Santos. Matheus Nunes was summoned by Tite, but he refused, and opted for Portugal.

But what about players who have already defended the main team? It is possible to change countries as well.

Athletes can change their nationality as long as they have played three games or less for the first team and are under 21 years of age. It takes three years between the last match for the ‘old’ national team and the ‘new’.

These three games cannot have taken place in World Cups or continental championships, such as the Copa America.

An important detail is that players cannot change their nationality if they have represented a country in any type of football. An example of this is defender Maximilian Kilman, from Wolverhampton, who was with the English national futsal team between 2015 and 2017, playing 25 games.

Kilman tried to play for Ukraine (his mother’s country) or Russia (his father’s country). Ukraine’s coach at the time, Andriy Shevchenko, formally requested FIFA, but it was denied. The player was quoted by coach Gareth Southgate, from England, for this Cup.

The rules were revised by Fifa in 2020. In the past, athletes could defend more selections in their professional careers. Ferenc Puskás made history in Hungary, but he also played for Spain. Di Stéfano, from the same period, played for three national teams: Argentina, Colombia and Spain.

In this World Cup, four countries use only players born in their territory: Brazil, Argentina, Saudi Arabia and South Korea.

France is the country where the most athletes summoned for this edition of the Cup were born. Of the 61 players, 23 will defend the current world champion and 38 will be distributed by nine teams, such as Tunisia (10), Senegal (9) and Cameroon (8).

Facebook
Twitter
Pinterest
WhatsApp
Previous article
And yet this cat is seven souls – He is almost 27 years old and entered the Guinness book
Next article
How natural childbirth or cesarean section can change children’s reaction to vaccines, according to study