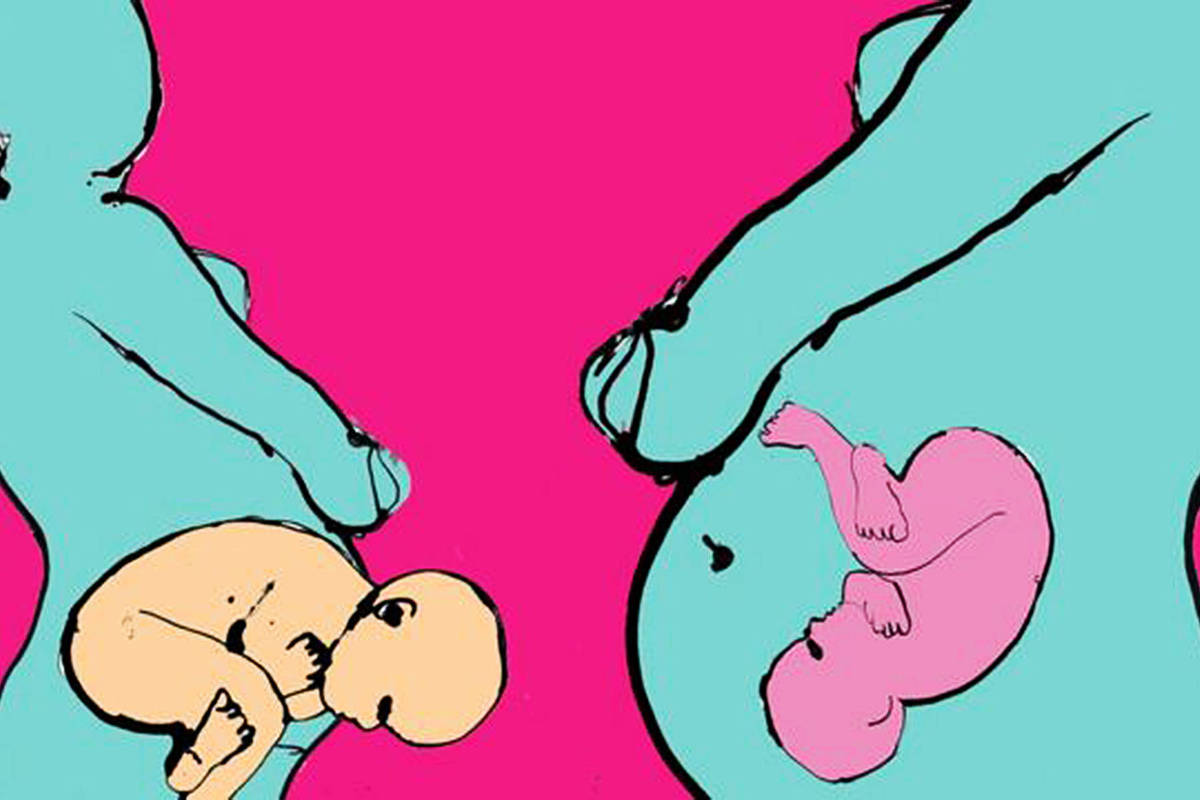 How natural childbirth or cesarean section can change children’s reaction to vaccines, according to study

The way we are born — by caesarean section or vaginal delivery — changes the way our immune systems respond to vaccines, indicates a Scottish and Dutch study.

According to the researchers, the difference was caused by the types of good bacteria that colonize our bodies at birth.

And while C-section babies will be protected, you may need to supplement with probiotics or extra vaccines.

Our birth is the moment when we emerge from the womb into a world teeming with microscopic life.

Microbes—including bacteria, fungi, viruses, and archaea—make our bodies a home and ultimately outnumber our “human” cells.

This hidden part of ourselves is known as the microbiome—and one of its functions is to train our immune system early in life.

If you are born through the birth canal, the first microbes you encounter are those that live in her vagina.

The cesarean section puts you on a different trajectory, since the first colonizers of your body will be microorganisms that live on people’s skin, in the hospital or in your home.

Researchers at the University of Edinburgh in Scotland, as well as Spaarne Hospital and Utrecht University Medical Center in the Netherlands wanted to know what impact this had on vaccines.

They monitored the gut microbiome of 120 babies, from meconium (a newborn’s first bowel movement) until they turned one year old.

The results, published in the scientific journal Nature Communications, showed higher levels of Bifidobacterium and Escherichia coli (only certain strains of E. coli are dangerous) in babies born vaginally.

And, according to the researchers, these beneficial bacteria were leading to a doubling of antibody levels in response to the pneumococcal and meningococcal vaccines.

Other vaccines, including the flu and BCG that protects against tuberculosis, have been shown to be influenced by the microbiome.

“The initial communication between the immune system and the microbes is important,” said Debby Bogaert, head of pediatric medicine at the University of Edinburgh.

She explains that gut bacteria release chemicals — called short-chain fatty acids — that tell the immune system it’s time to activate. Without them, “you see less development of B cells,” which are the cells that make antibodies.

All babies who participated in the research were healthy and carried to term, so the findings are not affected by other illnesses or premature birth.

Remarkably, all children produced antibodies after vaccination, so cesarean babies are not unprotected.

But the researchers said the findings are particularly important for those with genetic disorders or who are born prematurely, as their immune systems are not yet fully developed.

What can be done?

There is often a medical need to perform a cesarean section to protect the health of the mother or baby.

And to replace the missing microbes, some methods have recently emerged.

One trend is the practice of so-called “vaginal seeding,” in which caesarean section babies are smeared with the mother’s vaginal fluids. A recent study even carried out a fecal transplant, in order to offer the mother’s intestinal bacteria to the child.

But Bogaert cautions that “in theory it might be ideal to return the lost microbes to the child delivered by caesarean section, but in practice this is quite tricky and you need to make sure it’s not dangerous.”

Scientific trials have examined fecal matter for dangerous infections, which isn’t as practical if it has to be done for every C-section baby.

Bogaert believes that offering a precise cocktail of beneficial bacteria — a probiotic — to cesarean babies would be a “safer route”. Alternatively, cesarean babies could receive an extra dose of vaccine.

Professor Neil Mabbott, an expert in immunology at the Roslin Institute, also at the University of Edinburgh, said it was uncertain that levels of microbes in the body were directly responsible for the increased antibody responses.

“This study raises the possibility that it may be possible to treat babies, especially babies born by caesarean section, with a bacterial supplement or even a product produced by these beneficial bacteria to help boost their immune systems, improve their responses to certain vaccines and reduce their susceptibility to infections,” he added.

George Savva, a statistician at the Quadram Institute of Biological Science, noted that “it is important to begin to understand the factors that contribute to vaccine response in infants and the role of the microbiome.”

But he pointed out that it was a relatively small study and that more research would be needed before it was safe to draw firm conclusions.

Facebook
Twitter
Pinterest
WhatsApp
Previous article
Black Friday has more promotions from 11 pm on Thursday to 1 am on Friday
Next article
Artemis 1: Stunning pictures of the Moon from Orion