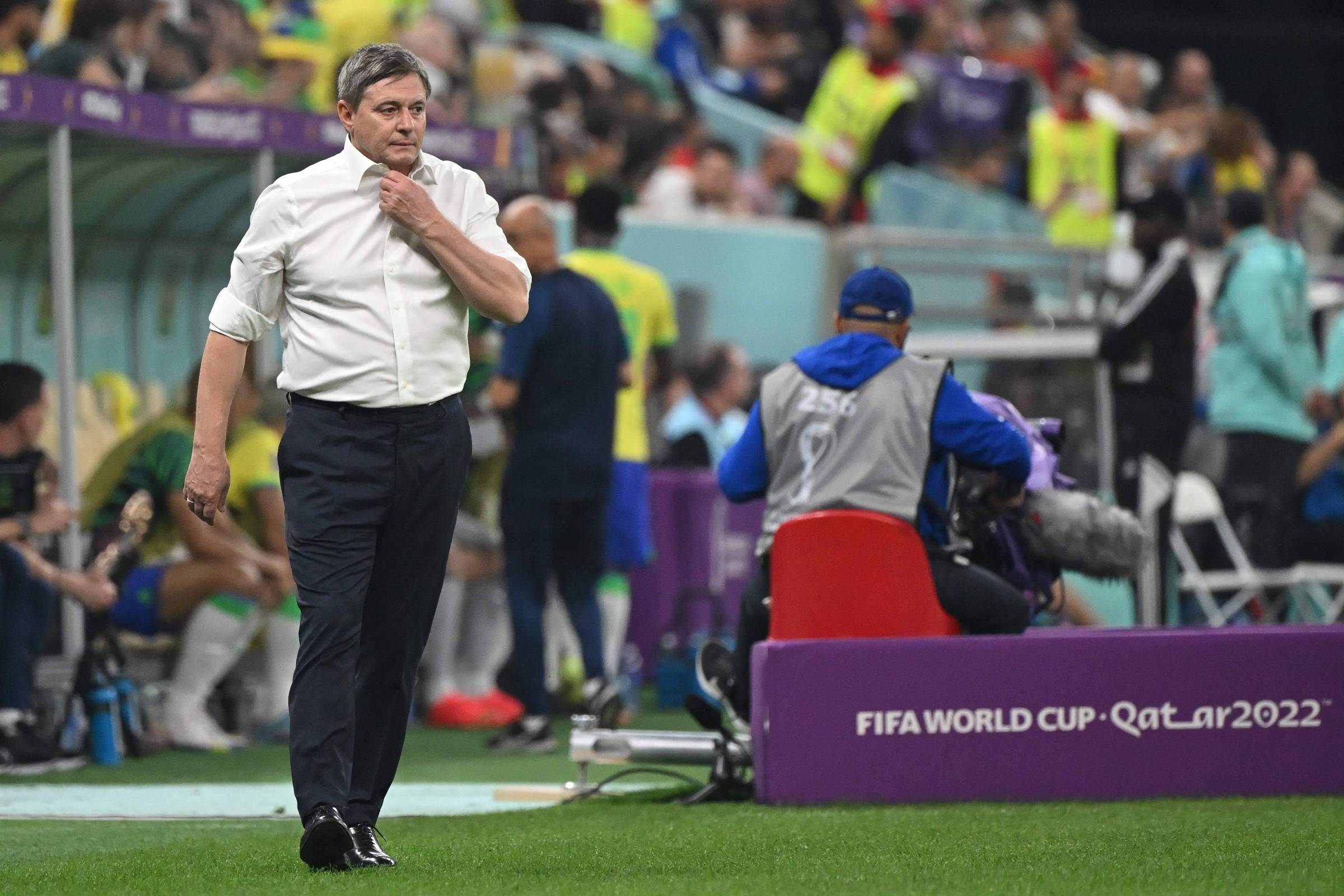 Serbian coach recognizes Brazilian superiority, but regrets the physical part of his team

As soon as striker Richarlison scored the second Brazilian goal to close the score at 2-0 at the Lusail stadium, this Thursday (24th), Serbian coach Dragan Stojkovic threw his jacket on the bench and kicked a bottle of water that was on your side, at the edge of the field.

It was the commander’s outburst when he saw his team completely dominated in the second half. For him, much of this was due to the physical problems of his national team.

“I think it was crucial that in the second half we were physically bad, not to say disastrous, which was surprising to me. I’m shocked at how far we’ve fallen on this issue, and I’d like to know why that happened. Brazil are a very experienced team. and knew how to take advantage of that”, commented Stojkovic to the Serbian website Danas.

He also regretted that his players were unable to perform the characteristic pass exchange in the second half, which would have made it easier for the rival to mark.

“The first half was correct on our part. But we have three convalescents, Mitrovic, Vlahovic and Kostic. We are in a storm, that is the great truth. It was a deserved victory for Brazil”, said the coach.

Asked if coach Tite would have won the tactical duel with him, Stojkovic broke the conversation and again emphasized the physical problems of his group.

“It’s not about tactics. I’m sorry that we failed physically. We don’t have healthy players, that’s the big truth. We have to rest as much as possible and try to decide our fate in the next two games. I sincerely hope that we can count on Kostic against Cameroon. There remains that resentment of not being complete, because we could have played much better against Brazil tonight.”

Neymar’s scorer for most of the game, midfielder Lukic pointed out that his team managed to hold Brazil back until they conceded the first goal.

“In the first half, I played one on one with Neymar… The whole team was at a good level, we kept our lines, we had some chances of our own, as did they. In the second half, we held on until the Brazilians scored. We have more two games and we’re not going to give up, we’re going to move forward,” Lukic commented to Danas.

“We showed that we can deal with the Brazilian team too. Especially in the first 50 minutes, then we had problems. We easily conceded goals, we lost balls in areas where the opponent is particularly dangerous”, completed the Getafe (ESP) player.