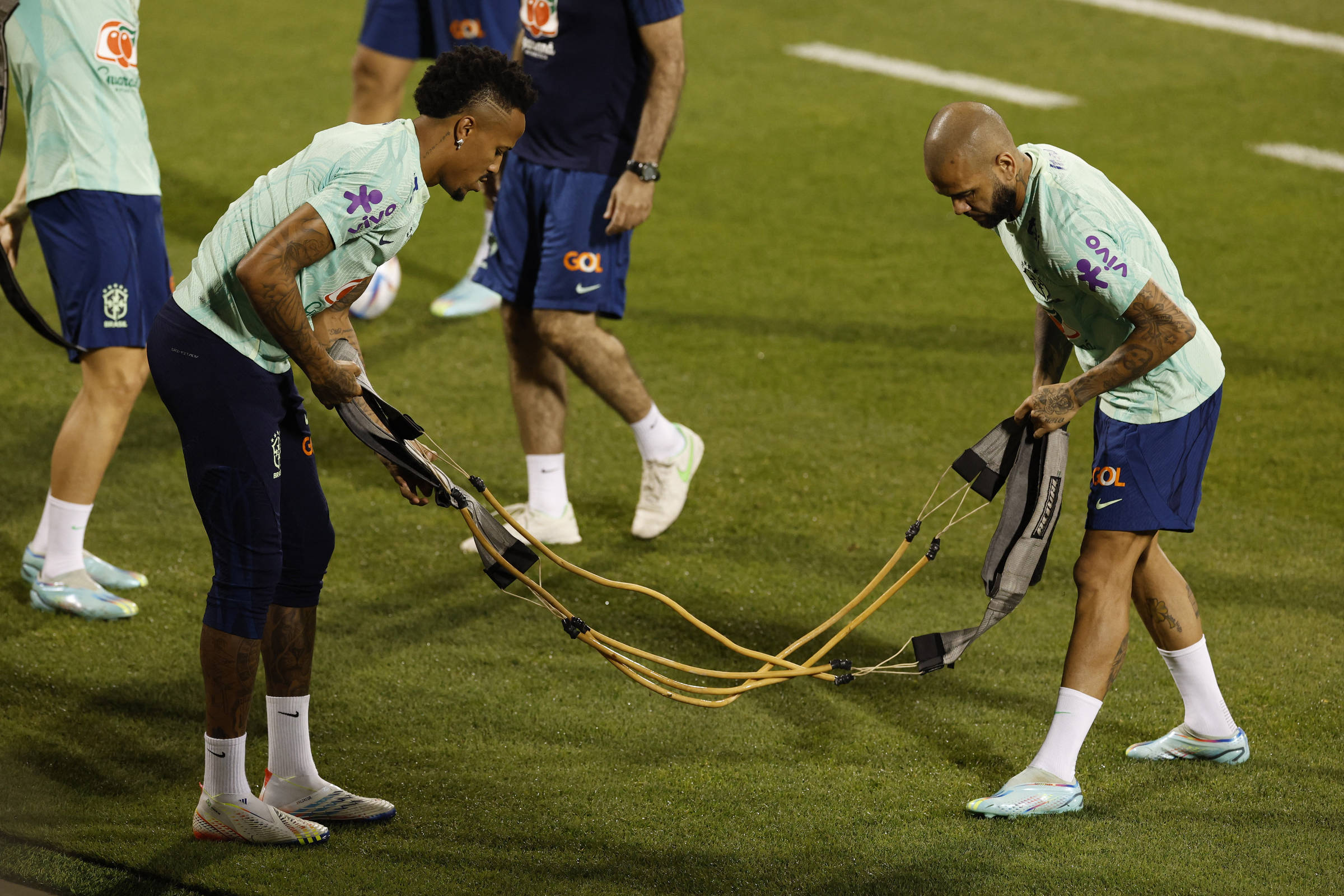 The right-back holder of the Brazilian national team, Danilo, 31, suffered a medial ligament injury in his left ankle during the match against Serbia, this Thursday (25), and will no longer play in the group stage of the Cup. Daniel Alves and Éder Militão are the two players most likely to take the place in the team.

Daniel has a more offensive style of play and is no longer at the peak of physical fitness: at 39, he must have difficulty marking fast forwards who can face him. He is also the target of criticism in his passage through Pumas, Mexico. There, he acts in the middle, as he did in his recent passage through São Paulo.

The call up of the experienced player caused controversy: Emerson Royal, 23, from Tottenham, was one of those quoted for the position. If he enters the field, Daniel becomes the oldest player to play for the Brazilian national team, surpassing Thiago Silva, who broke the record precisely in the game against Serbia, aged 38.

On networks, the possibility of Daniel taking over the title already generates criticism and memes.

Militão is a defender for Real Madrid, but has played at right-back for Porto and São Paulo. The last season he played in the position was 2018-19. At the age of 24, he would have more stamina and explosiveness to face sprinters, in addition to being a better fit for Danilo’s less offensive proposal.

However, he wouldn’t have the same comfort to create plays as Daniel: the former Barcelona full-back is considered one of the best full-backs in the history of Brazilian football and is an option to distribute passes and crosses in the selection’s attack, in addition to providing an exit more agile ball.

Facebook
Twitter
Pinterest
WhatsApp
Previous article
Vaznie istorii: Putin will continue the war in Ukraine – His goal is to take Kyiv
Next article
How to avoid Black Friday shopping scams