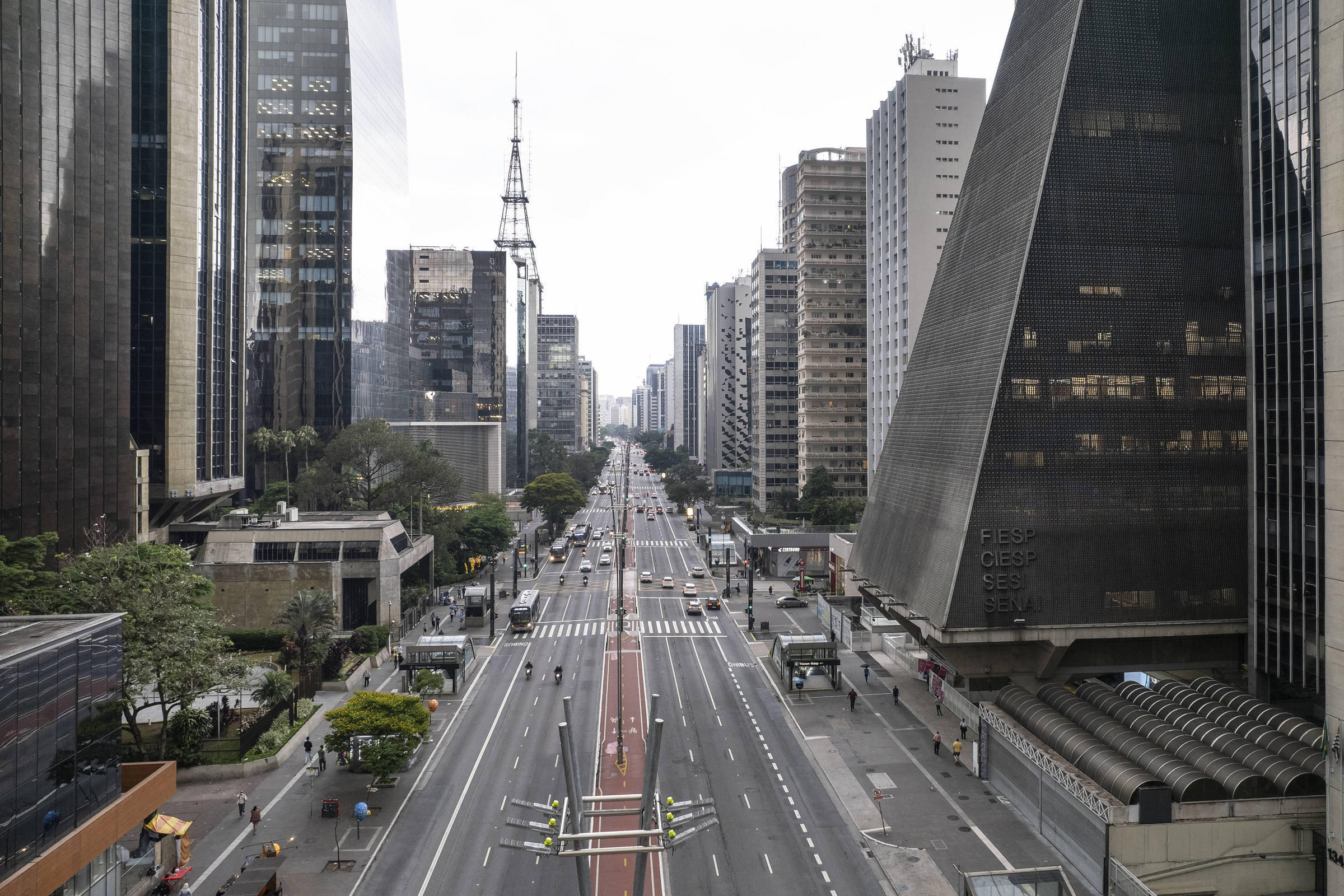 In the largest city in South America, the movement of traffic and pedestrians this Monday (28) obeyed Qatar timetables, almost 8,000 kilometers away.

While the Brazilian team set foot on the field at stadium 974 to face Switzerland in the World Cup, Avenida Paulista, in the central region of São Paulo, had an atypical day with heavy traffic only until 12:30 pm, free traffic for more than two hours and a return to normality about half an hour after the final whistle.

At the end of the morning, close to the Trianon-Masp station, all the lanes in both directions were taken by cars, and the sidewalks, by those coming down from the offices, most of them in character. A contrast with the scenario just an hour later, when the duel started and the road was already empty.

The reduction in traffic interfered with the dynamic rate for ride-hailing apps, an opportunity for those willing to work while most of the city stopped. Driver Antonio Garcez, 43, decided to continue with Uber rides during the selection’s games.

He installed a TV on the dashboard of his Toyota Etios so as not to miss any important moments. On his debut for the national team, he celebrated Brazil’s first goal in the Cup, in the 2-0 triumph over Serbia, with passengers inside the car. At 11:40 am on Monday, he was driving with one eye on Rua da Consolação and the other on the confrontation between Ghana and South Korea.

“A trip that would normally cost R$20 ends up costing R$50. Demand drops a little, but there’s always someone wanting to go somewhere in the middle of the game”, says the driver.

Before the pedestrians on Paulista disappeared, around 12:00 pm, a group of about 20 students from the Dante Alighieri College walked by with rehearsed shouts and playing horns towards the Saint Honoré building, where they would follow the clash. “It will be a different game from the debut, but the selection will not feel the embezzlement of Danilo and Neymar”, risked Enrico Toné, 14, mentioning the athletes sidelined by injury and betting on a 3-0 for Brazil.

The heavy rain that fell on the capital helped to empty the sidewalks and disrupted the plans of those who left home late to watch the match. According to traders, the drop in movement was similar to that recorded in the first participation of the selection in the World Cup, last Thursday (24).

Street vendor Ivanir Vieira da Silva, 60, followed the movement of customers and went home early. Not to cheer, because Ivanir was disappointed with the eliminations of Brazil in 2014 and 2018, in addition to being stressed by pedestrians who complain when they see the selection’s shirt for sale at his street vendor.

“I sold a few items from the selection. Today, the ring and bracelet are having much more sales”, says the seller. “The other day a guy came and said that the shirt is something [presidente Jair] Bolsonaro. I asked where his name was written here, because all I can read is CBF [Confederação Brasileira de Futebol]🇧🇷

She started to collect her things about 15 minutes after kick-off and took the metro home to Vila Prudente.

Clouds laden with rain darkened the avenue around 40 minutes into the first half, when the sidewalks were almost empty. Meanwhile, the nanny and caregiver Marlene Barbosa, 50, asked for a portion of fries outside a cafeteria at number 1471 Paulista, with no TV in sight. She was one of the few people with no interest in what was going on in Qatar.

“We are in such a complicated moment, so sad, that it is difficult [torcer]”, justified. “Of course [a Copa] it’s important, but I pass by this avenue every day at 6:30 am and I see so much dirt, so many people living on the street. I can’t get excited.”

Traffic movement remained weak during the 90 minutes of play. Around 2:40 pm, right after Casemiro’s goal —which defined Brazil’s 1-0 triumph— and with the match already heading towards the end, the track towards Consolação lasted up to 30 seconds without a car crossing the corner with Casa Branca Alameda.

The rain during the match was so heavy that it wet the tables and customers under the marquee of the Conde Andrea Matarazzo building, in front of the main postcard of the avenue, the Masp (Museu de Arte de São Paulo). The employees of the snack bar Charme da Paulista had to place a table right in the center of its corridor, between the counter and the refrigerators, so that some people could finish their lunch.

Fans crowded inside the snack bar to watch a 50-inch television at the back of the hall. Most left shortly after the end of the match. The movement of cars returned to normal about half an hour later.

Facebook
Twitter
Pinterest
WhatsApp
Previous article
World Bank to deliver proposal for economic agenda to Lula
Next article
Why does Mbappé refuse to give interviews during the World Cup?