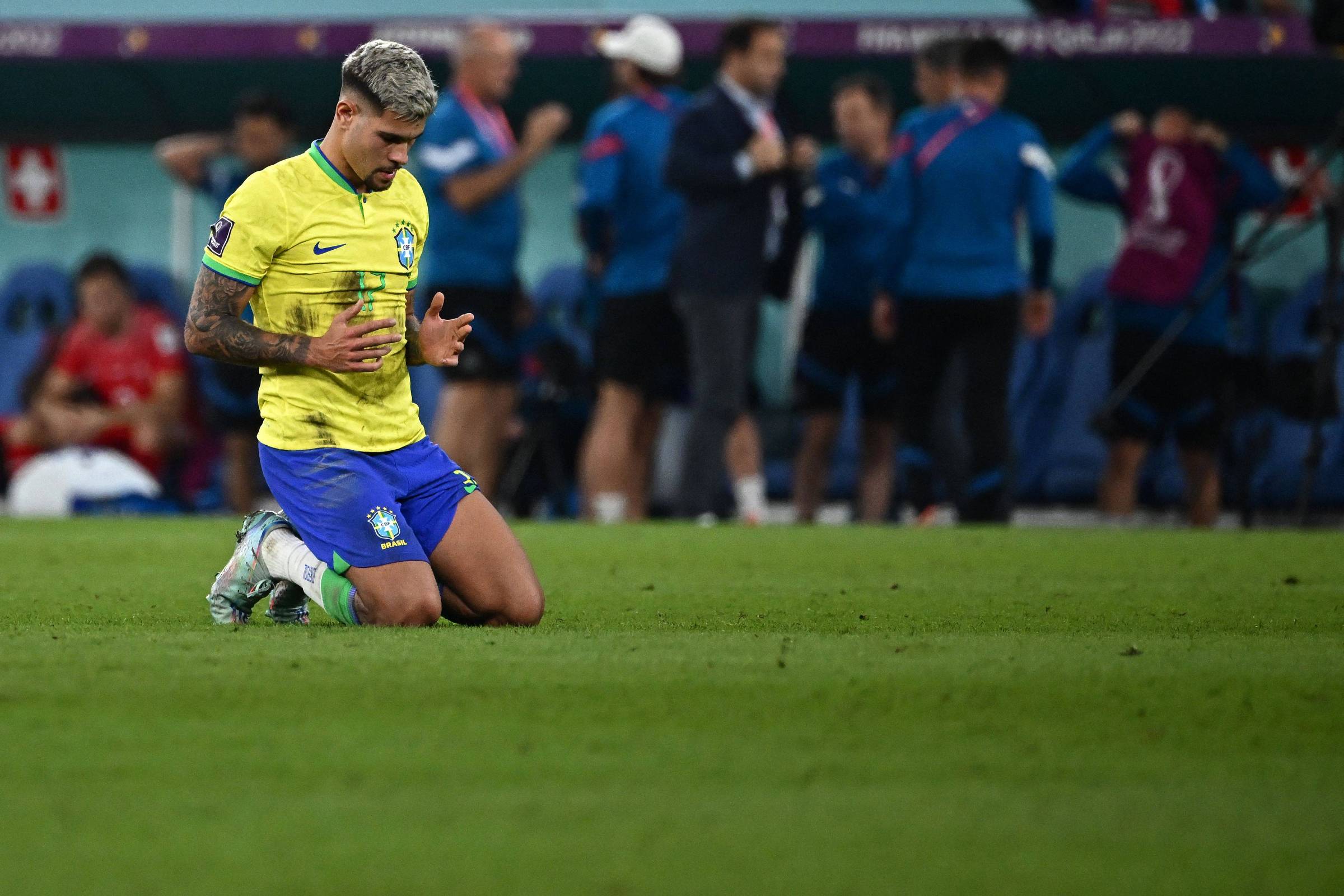 Brazil has athletes with flu symptoms in Qatar

Brazil’s delegation at the World Cup in Qatar has people with flu symptoms. Among the players, Antony and Bruno Guimarães reported the problem. According to Vinicius Junior, Neymar also had a fever.

The CBF (Brazilian Football Confederation) is not concerned about the issue at this time. Athletes are monitored by the medical department, but the situation is not treated as an outbreak or a crisis.

Over the weekend, Bruno Guimarães felt sick and vomited. Antony had mild symptoms and was spared two training sessions. This Monday (28), both entered the second half of the 1-0 victory over Switzerland, without apparent limitations.

“I think it was because of the air conditioning. I had a sore throat, with a cough, but now I’m 99%. It wasn’t just me. Other players felt it too, they got a cough and a bad throat, but I got worse” Antony said.

The air conditioning mentioned by the player is the cooling system used in almost all the World Cup arenas – the exception being precisely stadium 974, in Doha, where Brazil faced Switzerland. Temperatures outside reach over 30º C, but the internal environment, including the field, is kept with the thermometer between 18º C and 24º C.

The team’s doctors have not confirmed whether this difference was what caused Antony’s malaise. They also did not confirm the information that Paquetá is one more on the list of those who suffered – he was substituted at halftime.

As for Neymar, who is being treated for an ankle injury and hasn’t even been to the stadium, it was up to Vinicius Junior to say that the orthopedic problem is not the only one. “He was sad because he couldn’t come. He’s a little bad, not only because of his foot but also a little fever. We’re hoping he recovers as quickly as possible”, he said.

According to Fifa (International Football Federation) protocol for the World Cup, there is no mandatory Covid-19 test. Just a recommendation.

After a debut with two more serious injuries, which will keep Danilo and Neymar away at least until the end of the first phase, Brazil had a match in which it ended almost entirely. Alex Sandro was the only one who asked for a replacement, towards the end, but he said he was fine.

“I felt a bit more tired, but I feel good and I hope to be 100% ready for the next game. The coach took me off, everything was fine”, said the left-back, replaced by Alex Telles in the 41st minute of the second half.

According to Tite, Alex “felt his leg, [músculo] adductor”. The coach, however, as well as the athlete, did not seem concerned. Brazil will end its participation in Group G next Friday (2), against Cameroon.