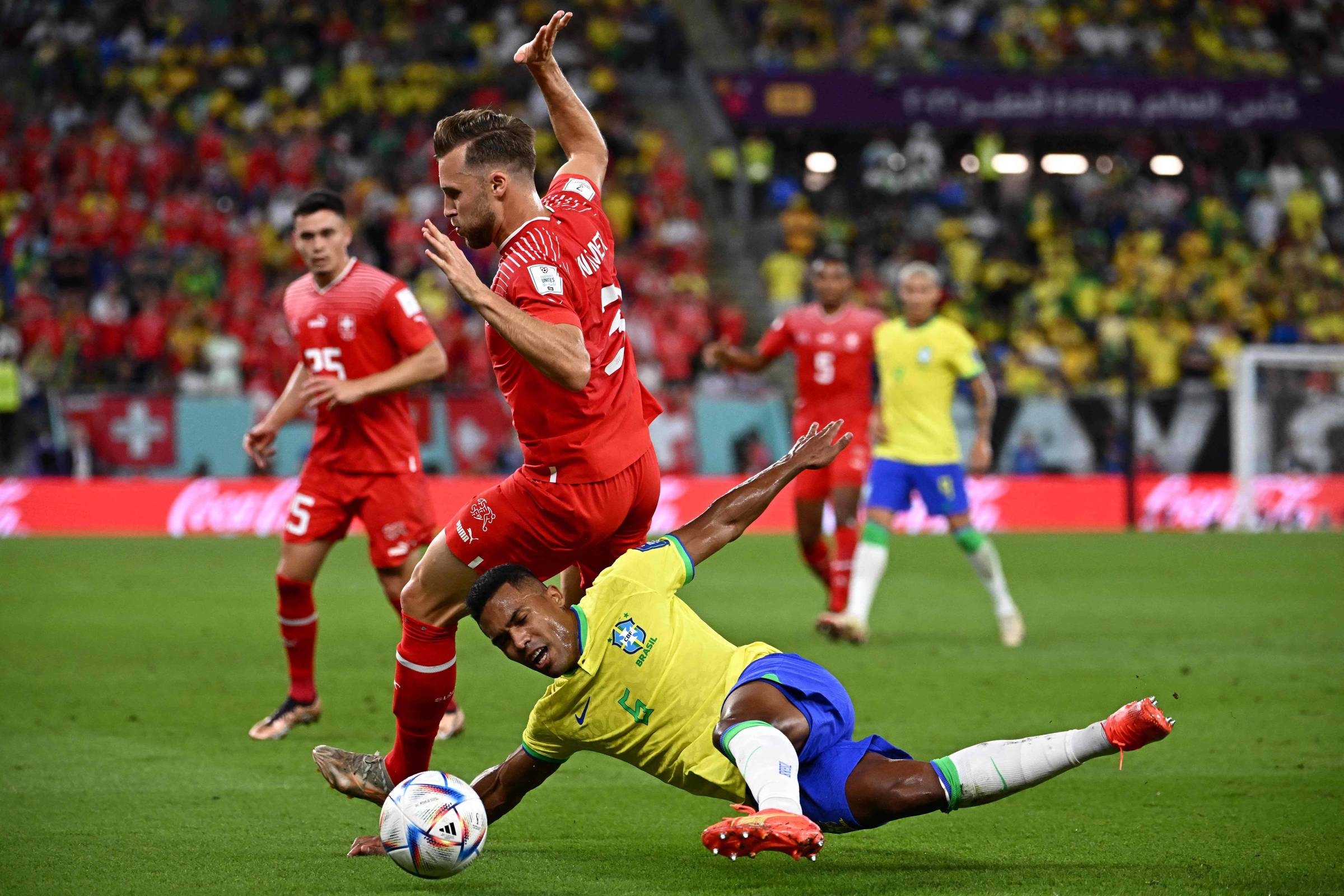 With a muscle injury in his left hip, left winger Alex Sandro was vetoed by the medical department of the Brazilian team and will not face Cameroon in the last round of Group G of the World Cup. The match will be next Friday (2).

The CBF also confirmed that Neymar had a fever in recent days, but that it was controlled. The attacker’s problem had been revealed by Vinicius Junior after the victory over Switzerland last Monday (28).

Neymar and Danilo are recovering from ankle injuries and will also be out of action against Cameroon. Brazil enters the field already qualified for the round of 16 and only needs a draw to guarantee the first position.

“Alex Sandro felt pain in his left hip and was unable to continue [em campo contra a Suíça]🇧🇷 We did imaging tests, magnetic resonance imaging, which showed a muscle injury. The athlete will not be able to play in the next match against Cameroon and is still undergoing treatment so that we can recover him as soon as possible”, said the team’s doctor, Rodrigo Lasmar.

The expectation of the coaching staff is that the three injured will be able to play when the World Cup knockout begins. On Monday night, after the 1-0 score against the Swiss, Alex Sandro admitted the pain, but believed that it would not be a problem to face the Africans.

His replacement should be Alex Telles.

“Danilo and Neymar are still in the process of recovery. They are different injuries. Neymar had a fever and is now under control. This does not interfere with the recovery of his ankle. These three athletes will not be available against Cameroon”, completed Lasmar.