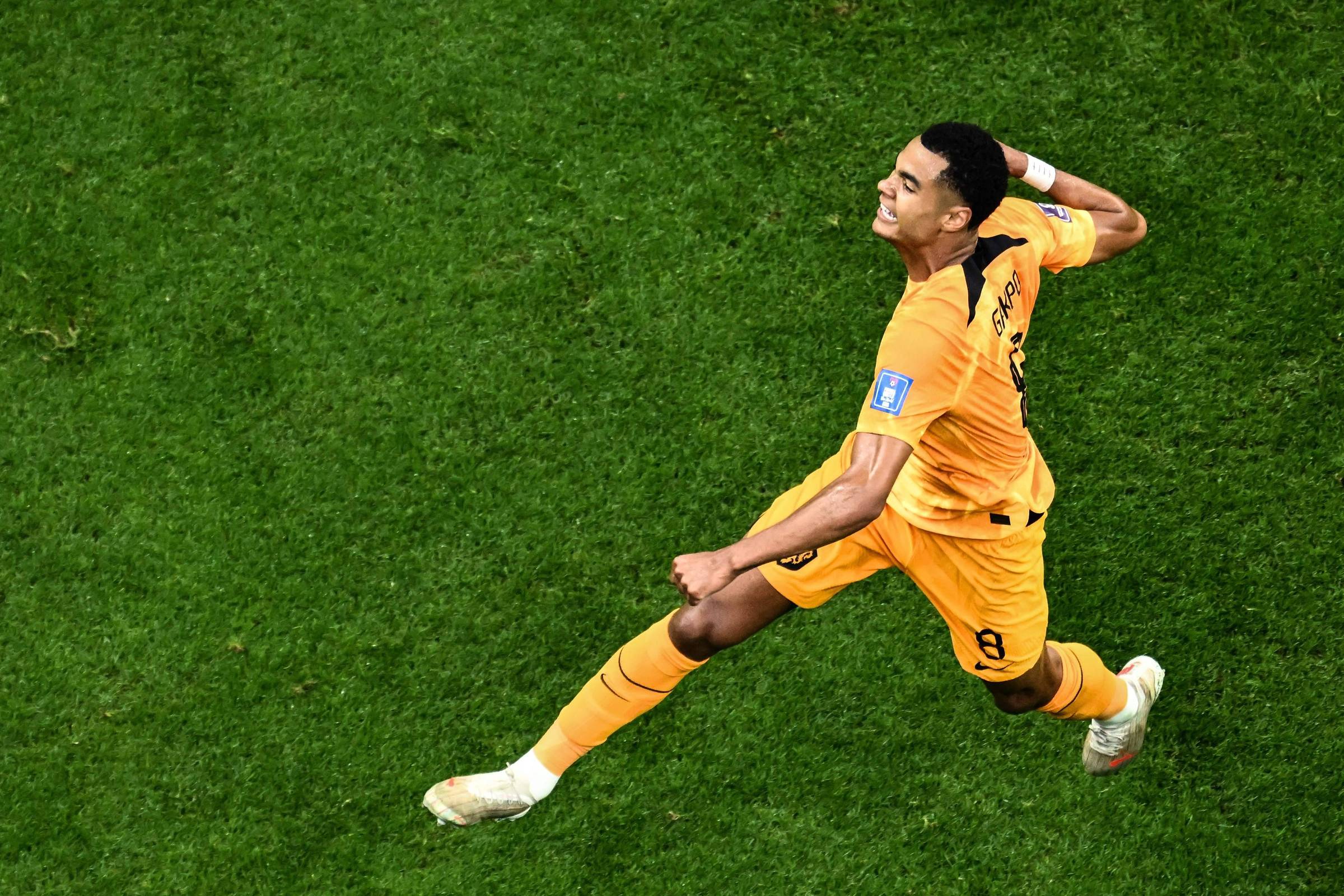 The Netherlands found no difficulty against the fragile host of the World Cup, Qatar, won by 2-0 and secured the first place in Group A, with 7 points (two wins and a draw).

The goals of the team led by Louis van Gaal, who largely dominated possession of the ball (63% x 37%) and acted at a training pace, sparing the physical part, came out one in each half.

In the first stage, Cody Gakpo, the main name of the orange selection so far in the Cup, kicked from the edge of the area and opened the scoring at the Al Bayt stadium, in Al Khor.

The 23-year-old striker for PSV Eindhoven reached three goals in the World Cup – one in each game – and became one of the top scorers, along with the French Mbappé and the Ecuadorian Enner Valencia.

In the second half, Frenkie de Jong, the Barcelona midfielder, appeared in the attack and widened, in conclusion from inside the small area after a great partial save by goalkeeper Barsham in a point-blank shot by Memphis Depay.

The score could have been longer, as striker Berghuis also scored, but the goal was disallowed after the VAR (video assistant referee) verified that Gakpo touched the ball with his arm during the construction of the move.

The second position in Group A, whose qualifiers will face those who advance in Group B –which has England, Iran, USA and Wales–, stayed with Senegal, who defeated Ecuador (2 to 1).

Qatar, with three defeats in three matches, recorded the worst campaign by a host in the history of the World Cups.