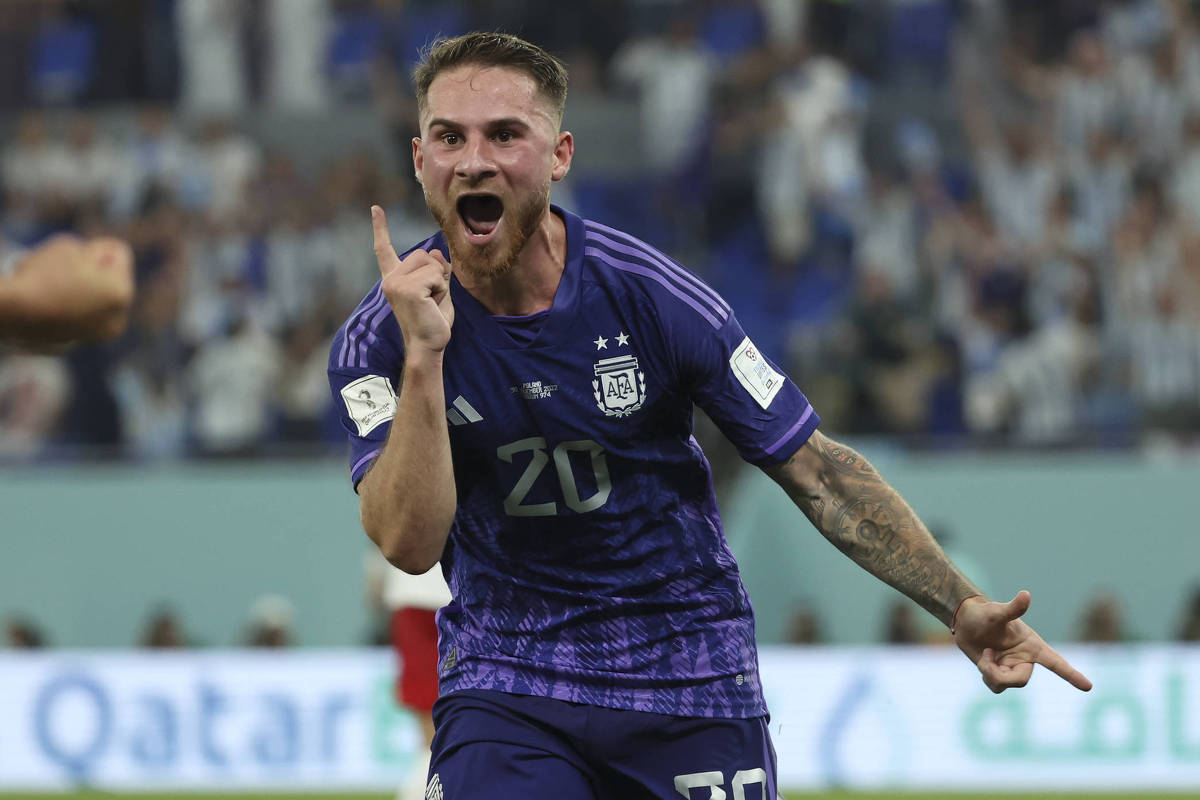 Playing at home, Argentina qualified for the round of 16 of the World Cup. The 2-0 victory came in Doha, but it felt like Buenos Aires. A sea of ​​white jerseys took over Estádio 974.

Many came to the capital of Qatar after Messi’s goal and the triumph over Mexico last Saturday (26), which caused concern at the Argentine embassy. Fans circulated in the arena made of containers, postcard of the World Cup, in search of entrances that did not exist.

The score put Argentina in first place in Group C. It will play the round of 16 against Australia, on Saturday (3), at 4 pm (Brasília time).

The Argentine crowd, without stopping for a second and a half singing the song “Muchachos”, the national team’s hit in Qatar, even overshadowed the performances of Lionel Messi and Enzo Fernández, two players who controlled what happened on the field.

Argentina scored two goals. I could have scored five. And the more chances he created, every time Messi pulled the ball in with sprints, every time Rodrigo De Paul made a tackle or Enzo Fernández found a teammate capable of finishing, the Argentine mass responded in Doha.

She managed to transform the indifferent and often silent environment of the World Cup stadiums in Qatar into a match at La Bombonera. It was a national team game, after all, the stadium shook with the public’s jumps every time they started singing that “he who doesn’t jump is an Englishman.”

The mood was already electric before the start of the game. Goalkeeper Emiliano Martínez wiped away his tears with his glove while playing the anthem.

Argentina’s dominance in the first half was total and any ball possession statistics (they were 57%) do not tell the story of this superiority. With Messi dropping back for the ball, as he did in the second half against Mexico, the South Americans were a constant threat.

“Come on Argentina, you know that I love you. Today you have to win and be first”, demanded thousands of voices.

First Enzo Fernández, then Cuti Romero kept an eye on Lewandowski and he was little used because Poland almost didn’t go on the attack. No wonder, his highlight on the field was goalkeeper Wojciech Szczesny. He avoided Di María’s Olympic goal, made saves on shots by Álvarez and De Paul. But the most important thing happened in the 38th minute.

He parried Messi’s penalty. It was the second time in this Cup. He had already done the same before Saudi Arabia, in the second round.

It was also the second consecutive World Cup that the Argentine star and captain misses. The same had happened in the 2018 debut, against Iceland. It was the move that marked the beginning of their defeat in the tournament, which ended with elimination in the round of 16 against France.

This time he stayed on the pitch and looking for the game. The crowd reacted by shouting his name and trying to push the team towards the goal, as they did from the first minute.

“Give a hand to Leo Messi that everyone around [olímpica] let’s give,” he packed.

If the minutes passed and the second half remained goalless, nervousness could take over. That ended soon after two, in a finalization by midfielder Alexis MacAllister in which the ball entered slowly and even hit the crossbar. It ended at 22 with Julián Álvarez’s striker, who took advantage of a pass from Enzo Fernández.

Three players who entered the team and made it better. A contrast to what happened four years ago in Russia, when everything Sampaoli touched went wrong.

“This is the craziest band there is”, drove the crowd crazy in the stands of the stadium, which will be completely dismantled after the World Cup, as the song suggests.

Argentina cooled the pace on the field. Victory was assured anyway. But your crowd, no.

“I want to win the third [estrela]I want to be world champion”, concluded the Argentine mass.

Facebook
Twitter
Pinterest
WhatsApp
Previous article
USA: Prosecutor requested sanctions for a doctor who performed an abortion on a 10-year-old girl
Next article
‘I saw death’, says Nívea Stelmann about moments of terror in turbulent flight