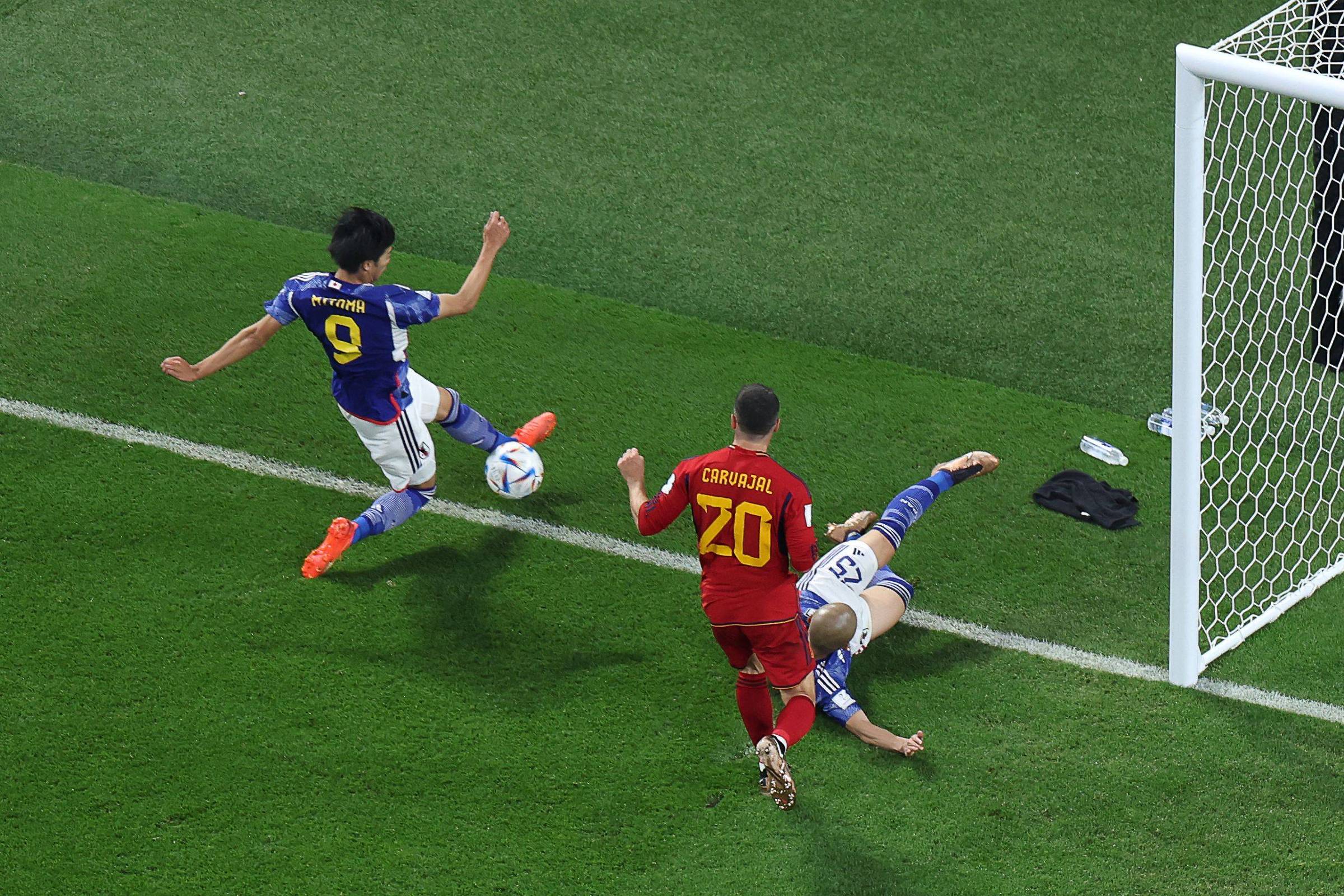 Japan won the Spanish selection by 2 to 1, this Thursday (1st), at the Khalifa stadium, and secured the first place in Group E of the World Cup in Qatar, leaving the powerful Germany out of the World Cup.

Now Japan will face Croatia in the Round of 16.

Spain, which started the Cup scaring the world with a 7-0 thrashing of Costa Rica, was even eliminated for three minutes —time that lasted for the Costa Ricans’ advantage over the Germans in the other match—, but held on to second place and will now face Morocco.

Unlike the first game, the Spaniards started the confrontation with Japan betting more on the ball touch than on the speed to reach the attack.

With Japan it was the opposite. As it was rare to have possession of the ball, the way was to go with everything when I had a chance. And that’s what happened in the 8th minute, when Morita opened up for Ito on the left, inside the area, and he crossed the ball outside.

The Spanish exchange was cruel. In the 11th minute, in a cross by Nico Willians from the right, Morata went higher than the Japanese defense and headed to the back of the net.

The result complicated Japan, since in the other match Germany was already 1-0 over Costa Rica and was in second place in the group.

Spain, on the other hand, maintained their posture and continued to play the ball, without creating much. The first half ended with 565 passes exchanged by the Spaniards against 116 by Japan and a ball possession of 82%.

In the second half, the script changed completely. The Japanese went all-or-nothing and managed an amazing comeback in five minutes. First with a goal by Doan, in the 3rd minute, taking advantage of a wrong exit by the Spanish defense. Two minutes later, in a controversial move, Tanaka scored the second.

In the bid, Doan went down the right, invaded the area and crossed the ball. Mitoma stretched himself out and, on top of the bottom line, passed the ball into the small area to Tanaka, who only diverted it towards the goal between the defenders.

Play was stopped for three minutes until VAR could verify that the ball had gone completely before Mitoma tapped into the penalty area. The conclusion was that the ball was in play and the goal was confirmed.

The goal rocked the Spanish team, which needed to get out of its characteristic and go up in search of the equalizing goal. To complicate matters, in the other game, Costa Rica also achieved a surprising comeback and, in addition to the Germans, also took Spain’s place in the round of 16.

But that panorama lasted only three minutes, as Germany managed to draw. Even so, Spain was still trying to guarantee itself not to be the victim of a historic underdog. However, he maintained possession of the ball, but without endangering Gonda’s goal.

As time passed, Spain only accumulated possession of the ball. Close to 40 minutes, it was already at 82%. But before the Spanish youth began to feel the brunt, Germany took the lead again in the other game, which guaranteed coach Luis Enrique’s team in the round of 16, even in the face of defeat by a surprising Japan.