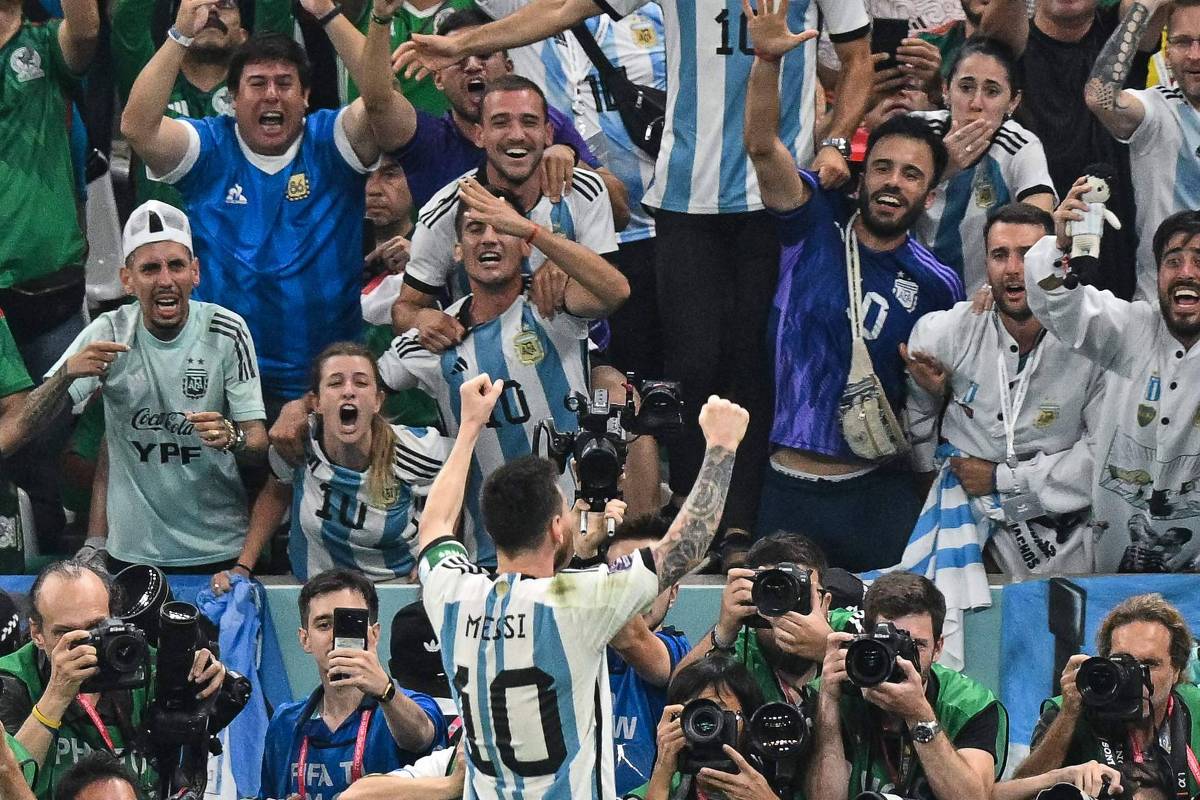 When he missed the penalty that would have put Argentina in front, Lionel Messi put his hands on his hips and looked at the ground. In other times, it would have been a sign of the end of the game for the seven times best striker in the world. A failure by him with the shirt of the selection was reason for a hail of criticism. He got down.

The South American crowd behind Szczesny’s goal started to applaud him. The overwhelming majority of Alviceleste in the stands began to shout the name of the number 10, with many letters “e” between the “m” and the “s”.

“I felt very angry for missing the penalty. A goal could change everything, but the team came out stronger, people backed me up and followed me”, thanked Lionel, minutes after the 2-0 victory over Poland last Thursday ( 30), which left the selection with the first place in Group C of the World Cup.

This Saturday (2), Argentina faces Australia, at 4 pm (Brasília time) at the Al Rayyan stadium, for the round of 16.

There is a love affair between Argentine fans and their team, especially with the number 10 shirt. A considerable change from previous tournaments. Process started from the moment Lionel Scaloni began to pick up the pieces of elimination in the team’s chaotic campaign in the Russian Cup, in 2018, under the command of Jorge Sampaoli.

The last group stage match four years ago was against Nigeria. Needing a win to qualify, some players had their names, when announced over the stadium sound system in St Petersburg, booed. None as much as Sampaoli’s. The roars were deafening.

“Anyone who is not identified with this team is not an Argentine fan”, defined Scaloni.

As soon as the game against the Poles ended, the athletes got together and went to the same sector behind the goal in which Messi missed the penalty. They were grateful for the support. On the other side, those who were in the two rings of the arena remained in place for another 20 minutes, repeating the songs that were sung during the match.

Not even after the unexpected defeat to Saudi Arabia in the debut were boos heard. There was concern, undone by the goal number 10 that opened the way against Mexico.

Even Argentina’s TV sports programs were complimentary in the moment of setback. And it was from there that such heavy complaints arose in 2018 that the president of the AFA (Argentine Football Association), Claudio Chiqui Tapia, summoned the press to a statement in Bronnitsi, a city close to Moscow where the delegation was staying, just to say that there was a plot by the journalists themselves to harm the selection in the tournament.

A day earlier, a sports attraction in Buenos Aires had held the symbolic burial of the national team.

“Winning Mexico gave us what we needed. The results give us and the fans confidence”, defined defensive midfielder Leandro Paredes.

The turning point was the winning of the 2021 Copa América, celebrated by players, fans and reporters who wear the national team’s jersey (in a figurative or literal sense) as it did not happen in the past.

The victory over Brazil broke a 28-year title drought, finally gave Messi a title for the national team and showed that there was potential for that team to win decisive matches.

“But, with all due respect, nothing compares to a World Cup. It’s something else,” defined goalkeeper Emiliano Martínez after the fall against Saudi Arabia.

It was a defeat that worried him as it was his debut in the tournament, theoretically against a weaker opponent, breaking a series of 36 unbeaten matches. The result raised the fear of fans turning against the team again, which did not happen.

Anyone who was at the 974 stadium on Thursday realized that there was only confidence and encouraging chants for Lionel Messi and co.

Facebook
Twitter
Pinterest
WhatsApp
Previous article
Kyiv estimates the losses of the Ukrainian army at almost 13,000
Next article
Germany need to get back to basics, says coach Hansi Flick