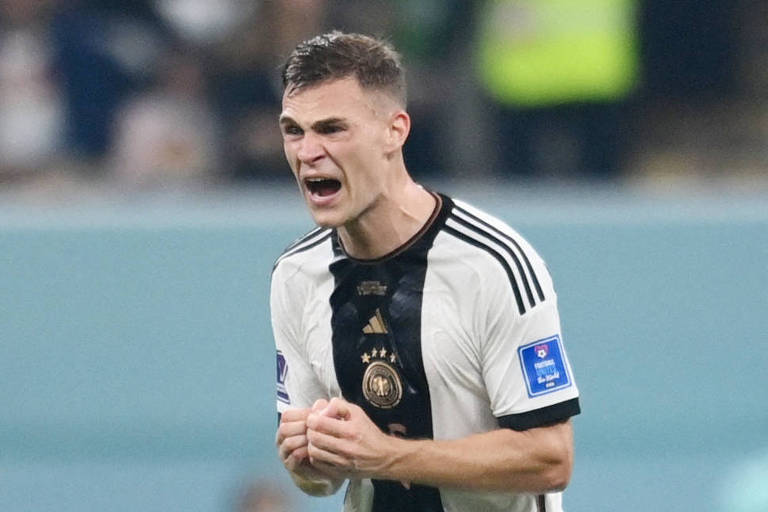 Joshua Kimmich, Germany midfielder, considered the elimination of this Thursday (1st) the worst day of his career. With the national team since 2016, he said he regretted being associated with back-to-back World Cup failures, with group stage exits in Russia and Qatar.

“This was the worst day of my career. I’m afraid of falling into a bottomless pit. It makes you think that these failures are linked to me as a person. I arrived in 2016, so being associated with failure is not something you want” , he said.

It is a fact that the German team was unable to repeat the performance that characterized it from 2002 to 2014, with a title, a runner-up and two third places. The team even managed to win over Costa Rica, but Spain’s defeat by Japan made the mission practically impossible – Germany was in 3rd place, with four points.

Kimmich’s pessimistic tone did not go unnoticed on social media. World champion in 2018 with France and part of the squad that goes to the round of 16, Griezmann took the opportunity to send a message of support: “You are a great player! You will be on top again, Joshua!”, Wrote the Atlético de Madrid striker .

Kimmich’s speech was followed by other players such as Kai Havertz.

“We didn’t expect to see Japan win [a Espanha]it’s like a horror movie for us,” said the player, voted man of the match at the tournament’s farewell.

“We have players at big clubs and we have quality. For the future of German football we need to train differently,” said Flick.

“We’ve been talking about new goalkeepers and full-backs for years. But what’s always been good is that we defend well. We need the basics. [para estar certo]🇧🇷

“Spain are good at training young players, they know their tactics very well. In the next 10 years we need to focus on the new generation of footballers.”

Facebook
Twitter
Pinterest
WhatsApp
Previous article
Theodorikakos for an Italian diplomat: “Probably the perpetrators of the attack are anarchists – Reinforcement of security measures on possible Italian targets”
Next article
Australian convicted of killing wife and exchanging for student in 1982 crime solved after podcast