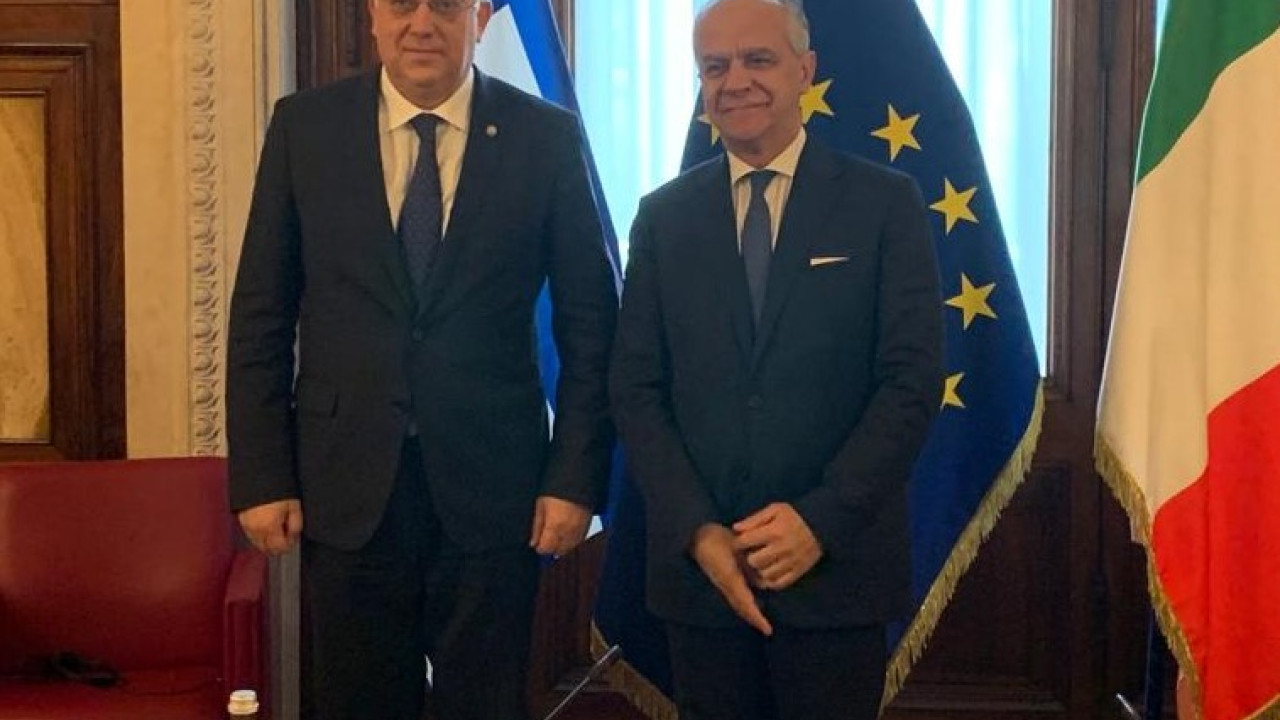 Citizen Protection Minister Takis Theodorikakos had a meeting today in Rome with Italian Interior Minister Matteo Piandentozzi. The main topics of their conversation were immigration, the cooperation between the Police of the two countries and the condemnation of the attack on the car belonging to the adviser of the Italian embassy in Athens.

After the end of the meeting, Mr. Theodorikakos stated to APE-MPE:

“We had indeed excellent talks with the Italian Minister of the Interior, Mr. Piandedosi. First of all, I expressed the self-evident and absolute condemnation of today’s attack on an employee of the Italian embassy in Athens and assured that the Greek Police and security authorities will do everything necessary to arrest the perpetrators of this attack as soon as possible, who , in all probability, move in the anarchist space. I have also ordered that all security measures be further strengthened against any Italian target in the capital.”

The Minister of Citizen Protection also referred to the cooperation of the Greek Police with that of Italy. “As far as the main part of our talks is concerned, our common will is to further strengthen the already very good police cooperation between the two countries, in order to face even more effectively, together, the challenges of illegal immigration and international organized crime. I informed my Italian counterpart in detail about the systematic efforts of the Greek Police to effectively guard our borders, which are also Europe’s border on the Evros – I’m talking about the border with Turkey – with the implementation of the “Akritas” Plan, in order to deal drastically with the instrumentalization of unhappy people, illegal immigrants, by the Turkish leadership. I want to note that my counterpart expressed the support and solidarity of our friend Italy in these efforts of ours. We also agreed to further strengthen police cooperation in dealing with organized crime, with an emphasis on the drug trade.”

Finally, referring to immigration, Theodorikakos told APE-MPE: “Everyone now realizes that illegal immigration is a problem that does not concern only Greece or Italy, but the whole of Europe, because it undermines our common European values ​​and our stability. Greece, today, with the solidarity of Italy and the whole of Europe, is the strong bulwark of international law against Turkish provocation. It is the strong European pillar of stability and peace for the entire region.”

Facebook
Twitter
Pinterest
WhatsApp
Previous article
Britain: 4 children have died in one week due to group A strep
Next article
Kimmich says World Cup exit is the worst day of his life